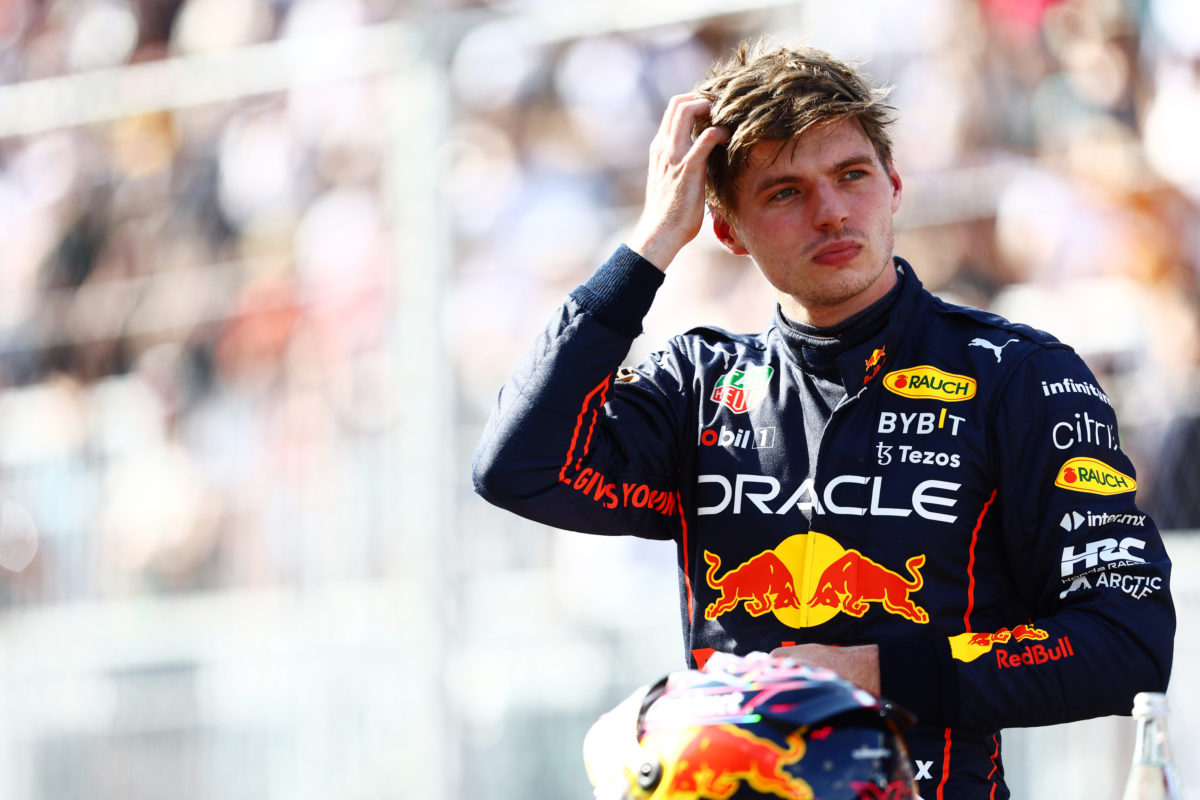 Max Verstappen has attributed his late mistake during qualifying for the Formula 1 Miami Grand Prix to his lack of running on Friday.

The Dutchman suffered a hydraulic issue in Free Practice 2 which saw him log just a single lap.

It left the 2021 world champion on the back foot in final practice, with the 24-year-old admitting he was still learning the nuances of the circuit during qualifying.

“The car was fine with the limited information we could gather,” he said after he qualified third behind Charles Leclerc and Carlos Sainz.

“In qualifying, I think up to a certain point it was fine, and then to actually go to the limit and try to find a bit more time, for me in Q3 I was still figuring out a lot of things in terms of braking and brake shapes and all these kinds of things.

“But I think overall the car is competitive, we have good top speed again, I hope that is something which can help us tomorrow.”

Verstappen had been a fixture towards the top of the timesheets throughout qualifying, and held provisional pole heading into the closing moments of the session.

An error on his final flying lap saw him leave the road in the first sector, abandoning the effort.

He subsequently fell behind the two Ferraris, both of which improved on their final run.

“A bit of a weird moment to lose the car,” Verstappen noted.

“But again, it’s just not really knowing the limits, I guess, and just trying a bit more.

“Then suddenly it snapped in Turn 5, tried to keep it on the road but that didn’t really work so then I aborted.

“Of course I tried to stay out of the way of the cars behind me, but a bit off the way it snapped.”

With championship leader Leclerc on pole, and already trailing the Ferrari driver by 27 points after four races, Verstappen can ill afford to cede much more ground else the task of hauling in his rival begins to become insurmountable.

With the Miami International Autodrome having proved dusty off line, qualifying third does at least afford him the opportunity to start on the clean side of the track, though that offers little consolation.

“I don’t know, I haven’t seen any other starts,” Verstappen said of the prospect of starting on the racing line.

“I honestly cannot tell you because I haven’t done a start on the left side or on the right-hand side.

“That just sums up my weekend, it’s been incredibly messy,” he added.

“We just make it super difficult for ourselves; basically four or five laps yesterday, then you start today still learning the track, trying to find a setup because yesterday you have no clue what works because there was not really a lot of data to look at.

“I’m of course still pleased to be in third position and actually be very close to the guy next to me [Leclerc], but I think we can do so much better by just actually operate a bit cleaner and smoother.”

The Miami Grand Prix gets underway at 05:30 AEST on Monday morning.