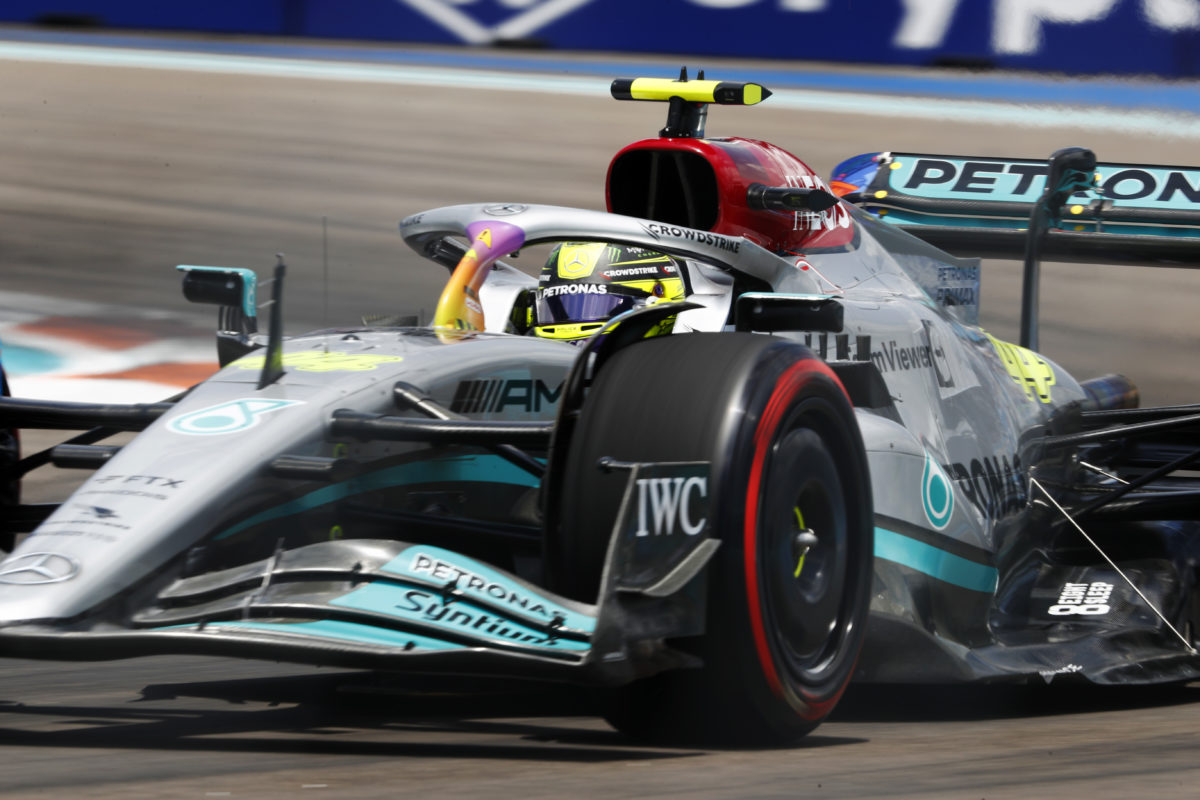 Toto Wolff has suggested the pace shown by George Russell and Lewis Hamilton during practice for the Formula 1 Miami Grand Prix showed the potential Mercedes has.

Having endured a difficult start to the 2022 season, it looked as though the team had turned a corner on Friday.

Russell was second fastest in the opening 60-minute practice session before going fastest in Free Practice 2.

However, setup changes ahead of Free Practice 3 took the car in the wrong direction, while Hamilton in sixth is the best placed of the squad’s cars after Qualifying.

“Yesterday we had a glimpse of the performance that is in the car, if we get in the right spot,” Wolff observed.

“The main thing was, again, managing the porpoising, and that was good yesterday.

“We tried something that didn’t seem like a big change and affected the car badly, we were all the way back.

“And at the end in qualifying, the drivers suffered again with bouncing.

“The bouncing has such an effect on the braking zones, on what the tyres are doing, with the consequence that we’re ending up sixth and 12th.”

Mercedes delivered a number of updates to the W13 this weekend which it hoped would offer insight into the development direction it needs to take to resolve the heavy porpoising it’s been plagued by.

Such are the teams woes that questions have been asked about the fundamental concept employed in the design of the 2022 car, specifically around the minimalist sidepods and the impact that has on the floor flexing.

It’s thought that the expanse of exposed floor is creating an aerodynamic imbalance, resulting in the porpoising the team has experienced.

Wolff has previously admitted he’s reluctant to discard the concept without at least fully understanding the issue, an opinion he’s reinforced in Miami.

“We believe that our concept has the ability for us to race at the front,” he said.

“But it’s also a sensitive concept and, once it’s in the window, it can function very well. But it’s very difficult to get in that window because of the floor obviously being much more exposed than all the other cars.

“We’ll have another set of data tomorrow, and in Barcelona, which will be good for correlation work to the [pre-season] test, to the Barcelona test, with our launch car.

“Then comes a moment where we have to decide what are we doing for next year.

“It doesn’t work like in the old days where we say we’re writing off one season in order to concentrate on the next, because the regulations are the same,” he added.

“I just think our understanding grows with every day. We’ve always said this is another experimental weekend, and it is.

“Yesterday was good, today not.”

While Hamilton will line up sixth, Russell will start 12th after complaining of heavy bouncing during qualifying.

The Miami Grand Prix begins at 05:30 AEST on Monday.