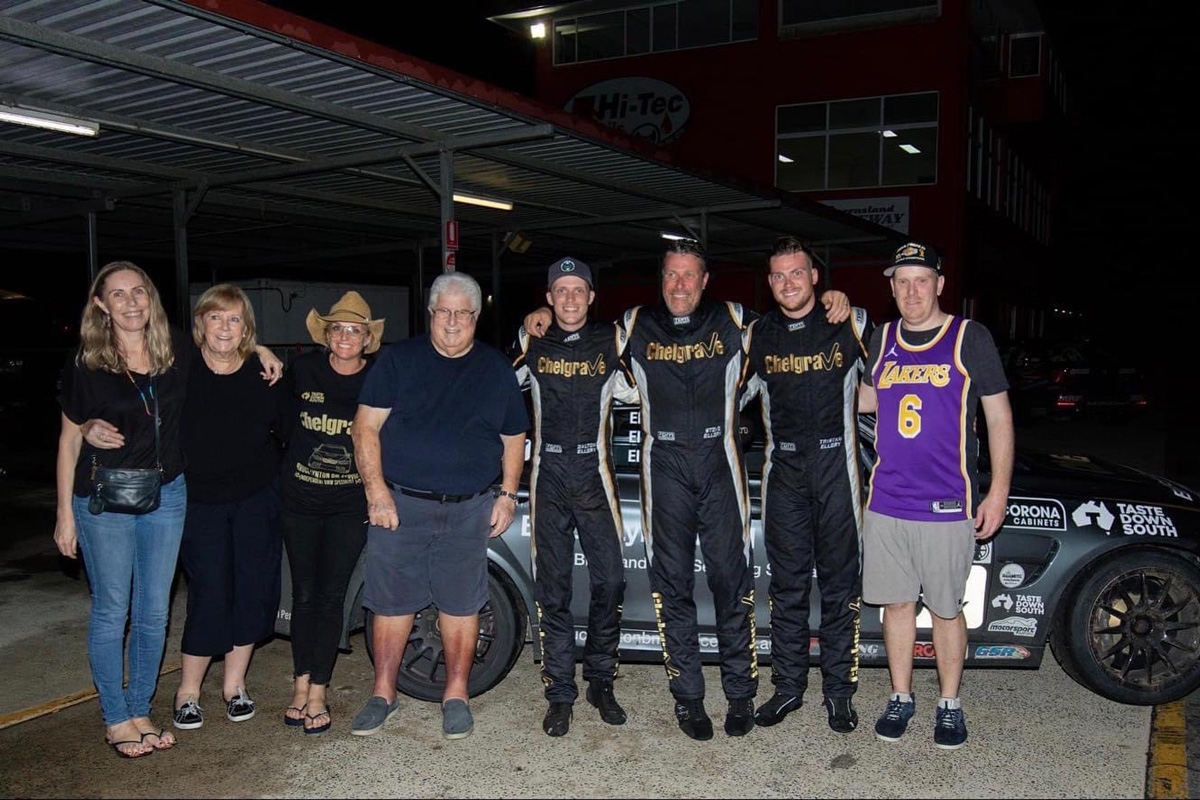 Ellery, the father of former Supercars driver and Bathurst 1000 podium finisher, Steve, was in a Gold Coast hospital when he lost his battle with a short illness. He was 77.

While never a competitor himself, Bruce became interested in motorsport through his brother who raced motorcycles.

Originally from Castlemaine in regional Victoria, Ellery attended events at Sandown and Calder Park, but had no real reason to become involved in the sport until Steve showed an interest in go-karting.

His true passion for the sport was made evident in Speedcafe.com’s “Where are they now?” piece in 2011.

The Ellerys approached go-karts as a bit of fun and didn’t have the intention to take it further, but that quickly changed.

Not long after Steve started karting, they were convinced to buy a Formula Ford, which happened to be Russell Ingall’s championship-winning car.

The family involvement then evolved into an association with Mike Quinn’s Phoenix Motorsport and then to running its own two-litre touring car team.

Not long after, the family moved to the Gold Coast and struck up a “best friends” relationship with Terry and Lurleen Morris with whom they shared many motorsport, travel and golfing adventures.

The team evolved into a Supercars operation and benefited from a naming rights sponsorship which Bruce negotiated with Supercheap Auto founder and racer Bob Thorn.

One of the highlights of Ellery’s motorsport association came at the Bathurst 1000 in 2003 when Steve and Luke Youlden finished on the podium.

Despite Bruce playing an active role in running Ellery Motorsport on a daily basis, he also maintained ownership and managed Chelgrave Contracting, a labour hire business, which is now more than 40 years old and managed by Steve.

In the last couple of years Bruce and Lorraine have enjoyed watching their grandsons, Tristan and Dalton develop their production car careers.

A highlight came at the recent Bathurst 6 Hour when the two boys teamed up with Steve in a true “father-sons” entry.

“I did enjoy my time in racing, it was a fantastic experience, it was great being around all those people in motorsport, it was a great time of our life,” said Ellery in his 2011 “Where are they now?” feature.

“With everything that is going on I can honestly say that I have a pretty good life.”

Speedcafe.com founder and owner Brett “Crusher” Murray had a friendship with Ellery and his family that started as a business relationship almost 30 years ago.

“Bruce Ellery was one of the most genuine people I have ever met in motorsport or life for that matter,” said Murray.

“He had an unquestionable passion for the sport through his son Steve and then through his grandsons Tristan and Dalton and he loved every second of it.

“He was one of the most family-focused people I have ever met and was a genuine influence on my attitude towards business and what I ultimately wanted to achieve across the board.

“We shared a passion for the Carlton Football Club, the motorsport community and our families, who shared so many wonderful memories together.

“He loved good food and great wine, but was rarely happier than when he was sharing both with family and friends.

“When I lost my own father just five months ago, Bruce was one of the first on the phone.

“He was tough, but fair, when it came to business and his influence was no more evident when you look at Steve’s management of Chelgrave in recent years.

“There will only ever be one Bruce Ellery and I am proud to have called him my friend and to have had him as such a positive influence in my life.”