Tru-Blu TCM XD set to be parked over sponsorship gap

Tru-Blu TCM XD set to be parked over sponsorship gap 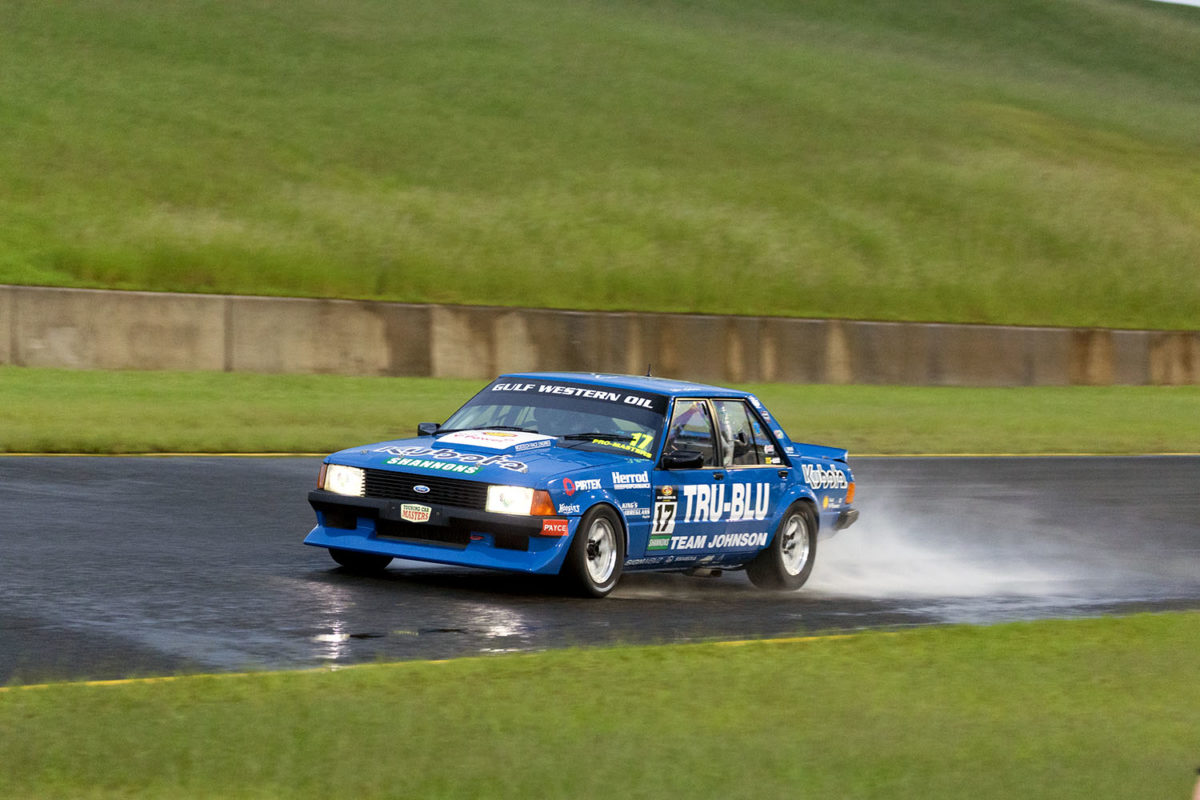 Tru-Blu on track at Sydney Motorsport Park in March

The Team Johnson XD Falcon is currently in line to miss the remainder of the 2022 Gulf Western Oils Touring Car Masters season unless a sponsorship gap can be plugged.

Steven Johnson contested Round 1 at Sydney Motorsport Park in March with Tru-Blu branding along his doors, virtually matching the original #17 Falcon which inspired the modern incarnation.

However, rather than being a planned nod to history, it was a switch made due to the fact that the previous major sponsor was forced to pull out at relatively short notice.

The development also affected son Jett’s TA2 programme, although his budget for the majority of the year, albeit not all of it just yet, has now fallen into place.

Steven and Tru-Blu, on the other hand, are out of Round 2 of TCM, at the end of the month, as it stands.

“We ran ‘Tru-Blu’ on the car after Full Throttle and Three Threes pulled the pin pretty late in the piece, the week of the first round, and we’re not going to be able to make the next round or subsequent rounds unless we find someone to replace them,” he told Speedcafe.com.

“That affected not only myself but also Jett’s sponsorship on the Trans Am/TA2 side of things, so my main priority was to get him back on-track and funded for the year.

“We’re sort of three-quarters of the way there, but now the focus is that we’re [Steven and Tru-Blu] probably not going to be at Round 2 unless we can find another sponsor for the XD.”

Jett Johnson is running a dual TA2 programme in 2022.

In addition to a rookie season in the Turtle Wax Trans Am Series, he leads the Promaxx Performance Exhausts TA2 Muscle Car Series after taking his first win at national level, last time out at The Bend.

While the 17-year-old has a whole career ahead of him, if all goes well, Steven too would like to still be driving.

“I’ve had my career; I do it for the enjoyment of driving, I love the cars, I love the XD, I love the fanbase the XD brings, and our other sponsors on the car are so passionate about it,” he added.

“A lot of them are willing to help us with Jett if we can’t get the XD back on track, but obviously we’re hoping to have both the XD and Jett in his Trans Am car on the grids at all the rounds this year.

“Jett’s just starting his career; it’s a very important couple of years for him.

“I want to do everything I can to give him that opportunity to show whether he’s good enough or not, and whether he wants to work hard at it or not, and he does work hard on it with all of the sponsors he has and the work that he does.

“If that’s going to be to the sacrifice of my own driving, then I think so be it, but I’d still love to be out there driving and I still think I’ve got a lot more years left of competitive driving to do.”

There are, nevertheless, no hard feelings towards to former major sponsor Full Throttle.

“Our motor racing doesn’t run off nothing; it still runs off money and we rely on our sponsors to help us go racing,” said Johnson.

“They’ve [Full Throttle] been through their own struggles with their business in the last two years of COVID and everything, so I understand.

“The owner of it’s gutted and he wants to be onboard for next year, but right now they just can’t do it.”

Touring Car Masters was once again voted top support category in Speedcafe.com’s 2021 Motorsport Survey, presented by Kincrome, while the Team Johnson XD Falcon was the fan-favourite car in a poll conduction on the category’s social media channels last year.

Johnson is fourth in the standings ahead of Round 2 at SMP, with the Shannons Motorsport Australia Championships, on May 27-29.