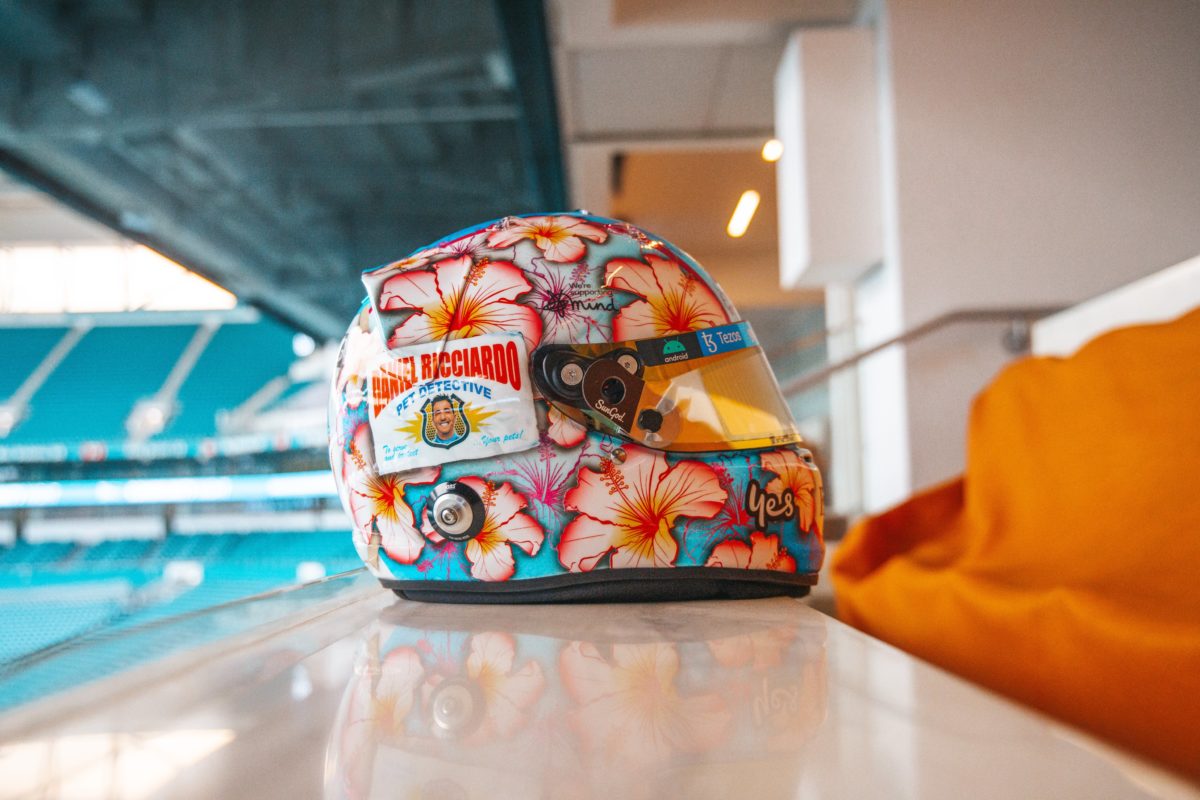 Daniel Ricciardo has revealed that his love of the Ace Ventura movie led to the crash helmet design he’s carrying at this weekend’s Formula 1 Miami Grand Prix.

The Australian is one of a number of drivers brandishing alternate colours this weekend, the McLaren driver’s lid decked out in a floral pattern akin to the shirts worn by Ace Ventura in the 1994 film.

“I was born late ’80s, but I know Ace Ventura Pet Detective at least was ’90s, I think the early part of the ’90s,” Ricciardo said when asked about his helmet design by Speedcafe.com.

“It was one of the first movies I loved, and I just pretty much remember the movie off by heart.

“Just with my friends, cousins, it was just a very iconic movie and a big part of our childhood was watching that and quoting it.

“Obviously that’s got a lot to do with the Miami Dolphins, that movie, so we decided to basically do an Ace Ventura-themed helmet for the race.

“It’s just something I’m very passionate about, a big fan of Jim Carey’s movies as well.”

Across the garage, Norris too has a special helmet this weekend, with his designed to look like a basketball.

“I kind of knew everyone’s going to go from palm trees and boring stuff,” he said.

“I just wanted to do something, I guess very different.

“It’s like it’s just simple and, and different to what a lot of people go for.

“The guys did a great job in actually making it look like a basketball, which is not so simple.

It’s not the only change for McLaren this weekend, with Ricciardo seen being shadowed to an extent by talk show host James Corden.

The Brit is filming with McLaren for The Late Late Show, with the team publishing an image of the 43-year-old with Ricciardo and team-mate Lando Norris on Thursday wearing crop tops (see below).

On Friday, Corden for a time acted as Ricciardo’s media minder while he conducted television interviews before on-track action began.

“He feels that we should be winning races, so he’s trying to, I guess, insert himself into a top tier role in the team this weekend!”