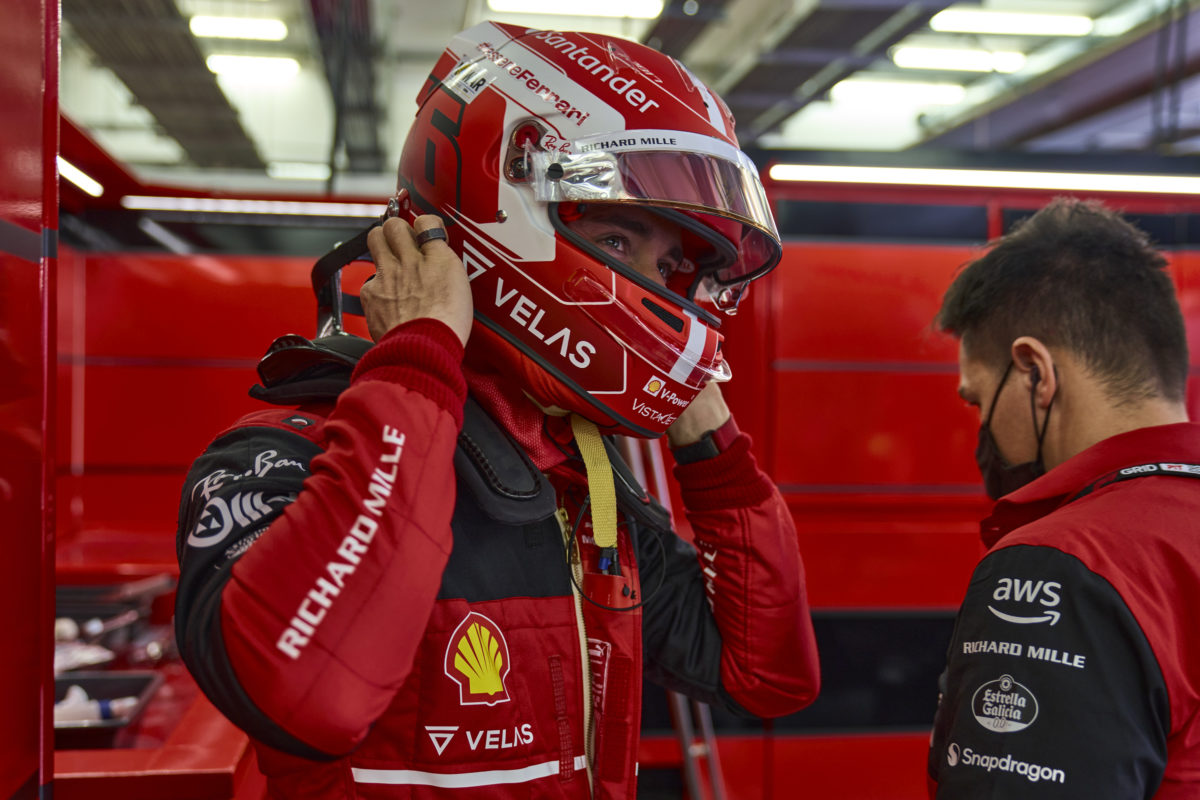 The Ferrari driver was just 0.071s quicker than Russell, who led an improved showing from Mercedes, with Max Verstappen third fastest.

It was a busy start to the session with all 20 drivers immediately heading out of the lane as they looked to gain early data on the Miami International Autodrome.

Though it was an all-new venue, repair work had already been carried out at Turn 7 and Turn 17 where the racing surface had begun breaking up in the days prior.

Championship protagonists Leclerc and Verstappen were the early pace-setters, the former on 1:34.846 and the latter fastest with 1:33.449s, the Red Bull driver’s lap had been set on a set of soft compound tyres.

Sergio Perez also had the red-walled rubber fitted as he rose to second best inside the first 10 minutes.

Predictably, times tumbled rapidly as drivers learned the track and dialled in their cars.

The circuit offers a contrasting mix of highspeed and lowspeed sections, with a number of off camber apexes encouraging mistakes and putting pressure on the rear tyres.

Notably absent was porpoising, with the only bouncing seemingly coming as cars settled over bumps on the long back straight.

Hot conditions were also a factor, with track temps north of 50 degrees and an ambient of almost 34 degrees.

An early moment between Mick Schumacher and Daniel Ricciardo led to an incident which will be investigated by the stewards post-session.

The duo were heading down the back straight, the McLaren driver side-by-side with an Aston Martin when he appeared to slow for no reason, forcing the Haas driver to take rapid avoiding action.

Later, Schumacher had another moment with Sainz, the pair wheel-t-wheel on approach to the tricky and narrow Turn 14/15 chicane.

By the halfway mark in the session, Sainz sat fastest on a 1:32.443s, his time set on the mediums, from team-mate Leclerc by 0.1s.

Lando Norris was third, on the softs, then Perez, Russell, Fernando Alonso, Verstappen, Lewis Hamilton, Pierre Gasly, and Valtteri Bottas in the top 10.

The opening corner had proved a hot spot with a host of cars running deep under brakes, most drivers having amassed more than 10 laps by the 30-minnute marker.

A mistake at Turn7/8 for Bottas saw the Alfa Romeo Sauber driver lose the back end, skating gearbox first into the barrier on the outside of the corner.

Initially covered under yellows, the red flag was promptly shown with 25 minutes remaining in the session.

The Finn climbed out of his car, his session done, while running resuming with 16 minutes left on the clock.

Prior to the stoppage, Hamilton has risen to second fastest on 1:32.464s, his time set on the soft tyres.

Sainz soon had a moment at Turn 4, losing the back end and spinning on a brand new set of soft compound tyres.

With his wheels locked as he skidded around, the Ferrari driver was left with a puncture, limping the car back to the pits.

While Verstappen was fastest, the Dutchman having improved to 1:31.277s, Mercedes had proved a factor towards the top of the timesheets for much of the session.

He still wasn’t fastest, however, with Leclerc recording a 1:31.098s, 0.071s quicker than what Russell could muster to top the timing screens.