Brown affirms McLaren is not for sale

Brown affirms McLaren is not for sale 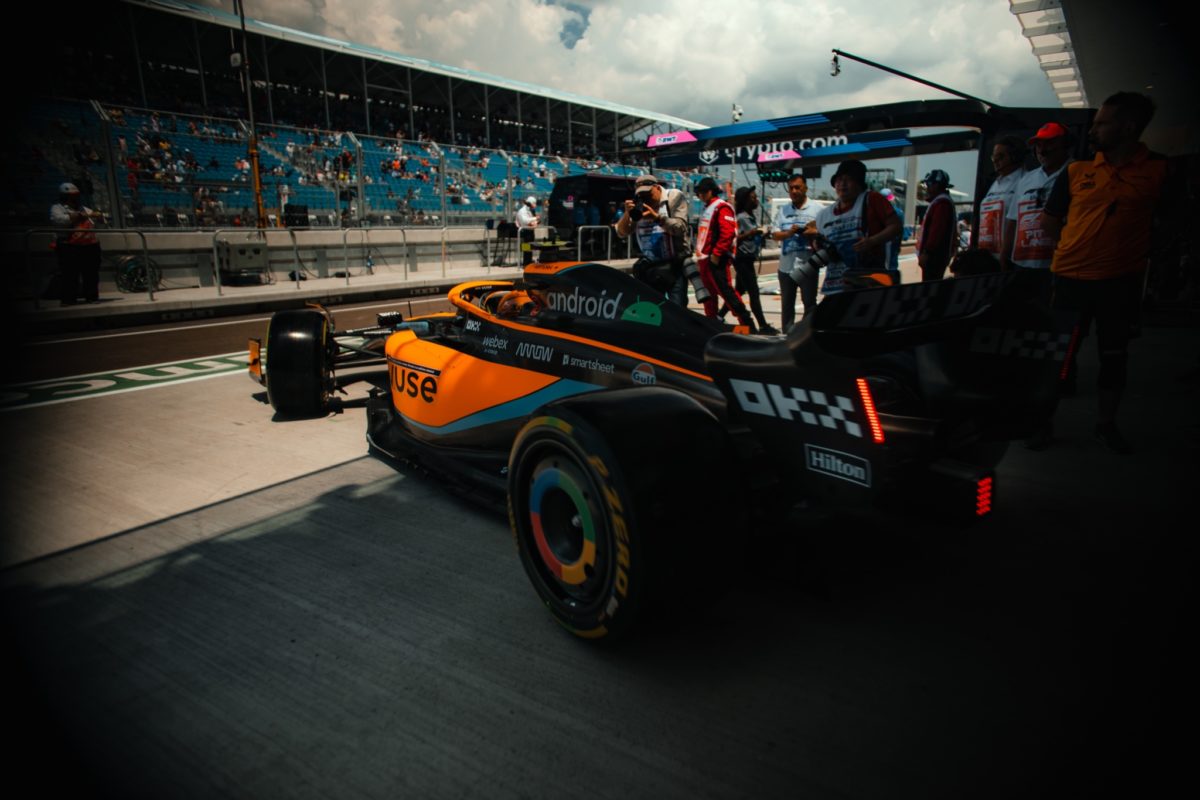 McLaren is not for sale according to CEO Zak Brown

Zak Brown has moved to kill off suggestions McLaren could be sold as Audi and Porsche look at ways to enter Formula 1.

Earlier this week it was confirmed that the two brands had been given the green light to pursue a berth in F1 in some capacity.

While for Porsche that is expected to be via a power unit partnership, with Red Bull Powertrains the front runners, it is expected that Audi will move to buy up an existing entry.

Reports last year claimed the German marque had indeed already purchased McLaren, though they were swiftly corrected by the team.

Following the latest developments from the Volkswagen Audi Group, suggestions that the sell off could now take place surfaced.

“Our shareholders are very committed to McLaren,” asserted Brown.

“We did have conversations with Audi, and we’re not for sale. We’re very committed to our future.

“We’re doing really well on the track, our shareholders made substantial investments to give our team the resources we need to get back to the front.

“Commercially, we’re doing really well, morale in the team is really good. We don’t have any interest in selling the racing team.”

McLaren has bounced back strongly after a difficult few years after partnering with Honda.

On track, Daniel Ricciardo won the Italian Grand Prix last year, the team’s first success in almost a decade, while there is serious investment taking place off track.

That includes a new wind tunnel and simulator which will leave the operation in a strong position in the medium-term future.

Short term, things are also looking rather brighter than they did earlier in the year.

Struggles at the Bahrain Grand Prix look to have been the result of a lack of running in pre-season testing, highlighted by a lack of knowledge with the current car versus their competition.

Having seemingly overcome that hurdle, both Ricciardo and Lando Norris have again been fixtures in points paying positions, even if results haven’t ultimately played out that way.

On the commercial front, the business is also healthy.

Having navigated its way through a cashflow crisis as COVID hit in 2020, the team has signed a number of new partners, including the high-profile arrival of Google.

“We’re in a really strong position, and we weren’t 18 months ago,” Brown admitted.

“MSP Sports Capital came in and invested – you guys all know the situation we were in 18 months ago – and that now seems like a long time ago, especially given the state of play now.

“Our terms for any partnership would be we retain ownership of the racing team,” he added.

It currently occupies that position once again after the opening four races of the 2022 season.