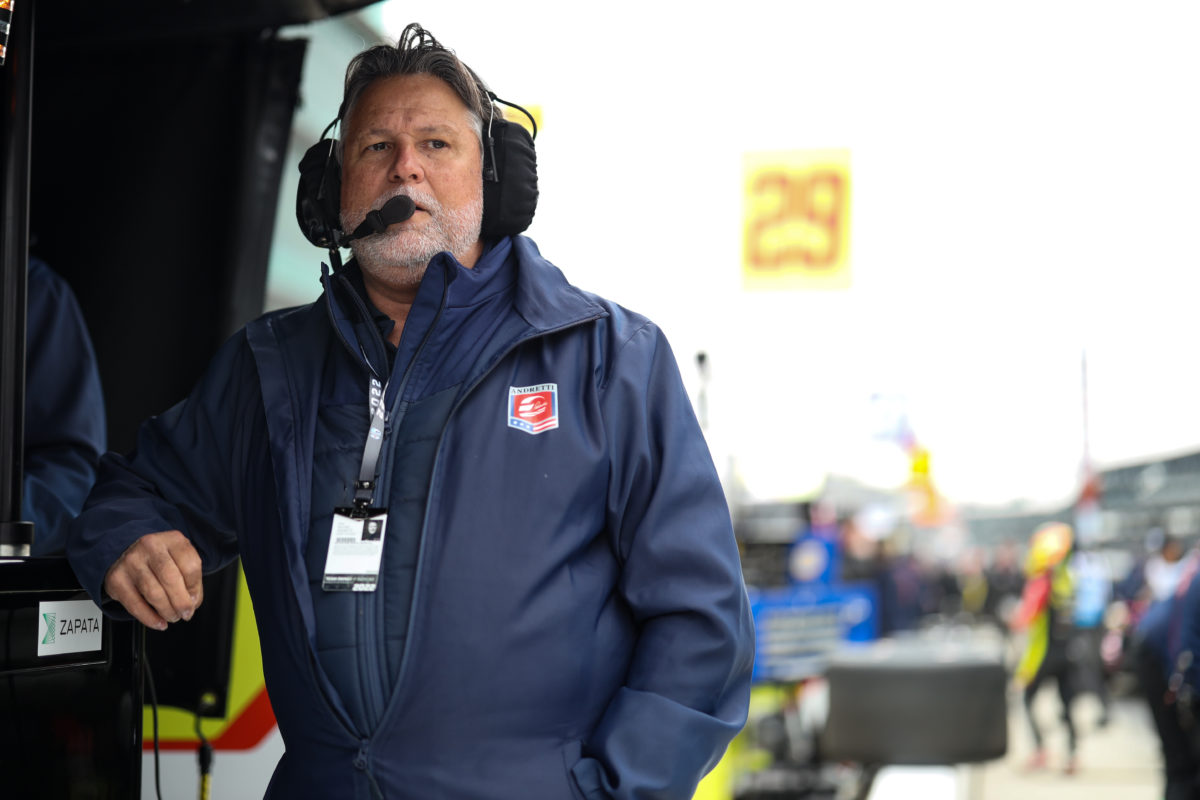 Michael Andretti has support from FIA president Mohammed Ben Sulayem as he attempts to join the Formula 1 grid for 2024.

Andretti is looking to stand up a brand-new team after his attempts to purchase Sauber, which operates the Alfa Romeo squad, failed last year.

On Friday, he met with Ben Sulayem and discussed the prospect of Andretti Autosport entering F1.

“I think he’s in support, but there’s a big process that’s got to go through and all that stuff,” Andretti said of the meeting.

“He said he’s in support in the process. There’s still a long way to go but it’s nice, Mohammed liked what we presented.

Andretti already heads something of a motorsport empire with interests in IndyCar, Indy Lights, Formula E, Extreme E, IMSA, and a stake in the Walkinshaw Andretti United Supercars team.

He’s already begun the process of standing up his all-new operation, and has the finances in place to make it happen.

According to Mario Andretti, that includes the $300 million buy-in price, payable as an ‘anti-dilution’ fee to the other teams.

“We have what we need,” the 1978 world champion asserted on commentary for Sky Sports during Free Practice 2.

“There’s a cost to entering as well, and we’re obviously going to be ready to meet that.”

Mercedes boss Toto Wolff has suggested the creation of an all-new team will cost in the region of a billion dollars by the time the various fees, equipment, personnel, and facilities are taken into account.

“There’s many aspects to this, but I think, what I feel we have presented, what we’re bringing to the table, I think should be palatable,” said Andretti Snr.

“The [existing] teams have some say about it, for sure. We’re there.

“There’s going to be a huge investment that should be welcomed into any company, and for the long term.

“We don’t have any outside interests per se as Andrettis. That’s what we live on, that what we have and we will continue to do so.

“This is the pinnacle of the sport, I always say this, the Olympics of motorsport, and we, Michael, wants to be part of it.

“There’s a process that we’re respecting,” he added.

“I keep saying we’re trying to check all the boxes that are expected for us to be checking, and the objective is to be there, to be on the grid, in 2024.”

The elder Andretti has previously confirmed his son’s project has a deal in place for the supply of power units with Renault, and that the squad would field an American driver should it gain entry.

An answer on that is not expected until August, though work is already underway in anticipation of a positive outcome.

“We’re spending money to get the ball rolling, because we feel like we’re hopefully going to get it,” the younger Andretti said.

“We’re taking a risk, but we think it’s worth the risk because we’ve got to get the ball rolling, so we’re hiring people and things like that.”

The current stumbling block is believed to be rival teams, who are concerned that they’ll lose out financially by allowing Andretti onto the grid.

Formula 1 currently features 10 teams, though has capacity for more.

In 2010 it was opened to a number of new teams, with Virgin Racing, Lotus Racing, and Hispania Racing Team all joining the fray.

All three of those efforts have since met their demise, Manor (which was original Virgin Racing) the last to do so at the end of 2016.

“10 teams is not the right number,” Michael Andretti said of the current situation.

“If you really think about it, they’ve got the Concorde Agreement coming up in ’25.

“To me, it gives them way more leverage with the teams by having extra teams.”

“I think millions of people embracing it,” he added of his efforts.

“It’s just not the right people at the moment.”

Currencies converted from EUR to AUD at 1:1.49