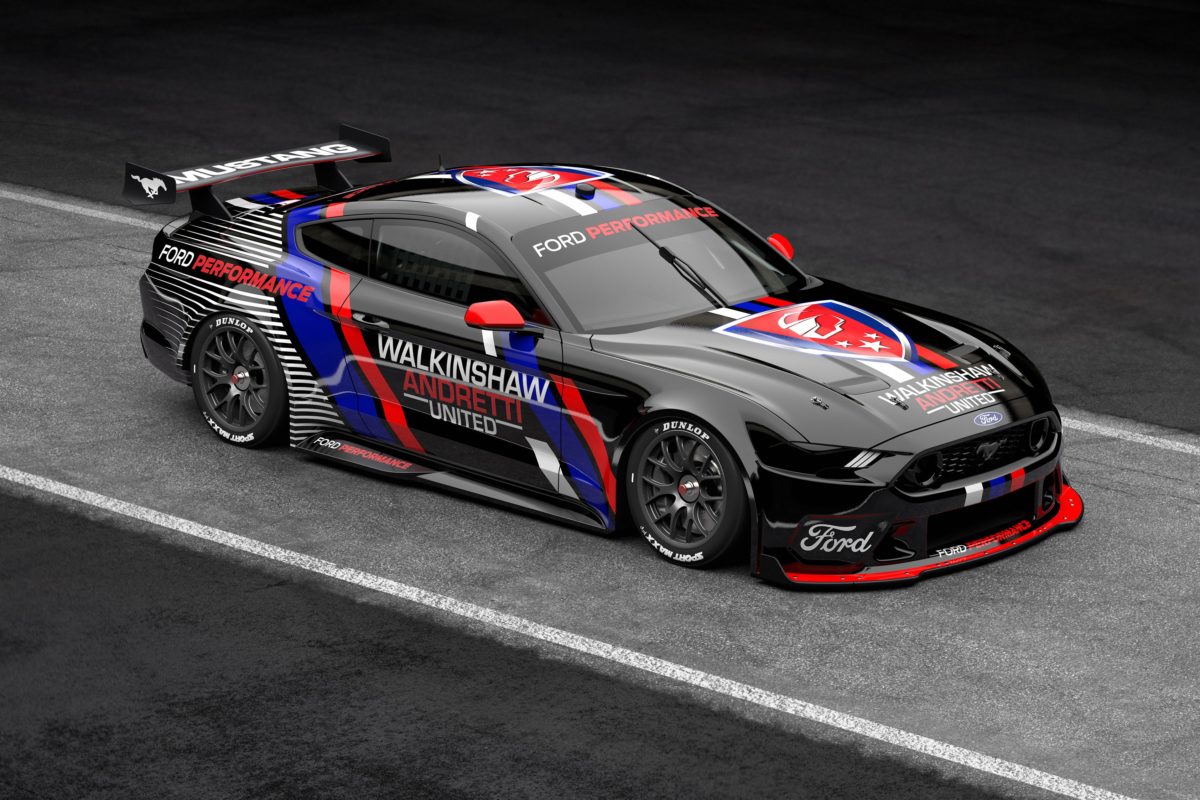 Walkinshaw Andretti United will be a Ford team from the 2023 Supercars season, both parties have confirmed.

As first reported by Speedcafe.com, the long-time factory Holden Racing Team will field Mustangs when the Gen3 era of the Repco Supercars Championship begins.

The announcement was made this morning and involved not only Walkinshaw Andretti United’s three directors and its team principal Bruce Stewart, but also the Blue Oval’s heavy hitters both in Australia and the United States, including Ford president/CEO Jim Farley.

It brings to a close a chapter which began in the late 1980s as the Holden Racing Team, albeit contracted out to Perkins Engineering for a brief period, then became HSV Racing in 2017, and morphed into WAU in 2018.

For Chaz Mostert, however, it is a return to the Blue Oval fold after his years at Tickford Racing and a loan spell at Dick Johnson Racing, while Nick Percat will race a Ford for the first time.

WAU was naturally keen to emphasise that it has manufacturer support for the first time since 2016, when Holden moved factory team status to Triple Eight Race Engineering, but Ryan Walkinshaw also paid tribute to his family’s and the squad’s history with the Lion.

“Today marks a new era for Walkinshaw Andretti United, one we are extremely excited about,” said Walkinshaw.

“For over three decades, we have gone head-to-head in competition with Ford, but joining forces with them for Gen3 was the clear direction forward.

“We are extremely proud of our history with Holden over such a long period of time, that is something we will always be grateful for.

“We will wear the Holden badge with pride right up until their final race in Supercars at the end of 2022.

“Walkinshaw Andretti United is a business with three international branches, and all three share history with Ford, my mum even met my dad while he was racing a Ford Capri in the British Touring Car Championship.

“To have manufacturer support once again is essential for our race team and the goals we have, and we thank Ford for their trust in us.

“For now, our short-term focus remains on 2022, continuing what we’ve started, and finishing our current chapter on a high.”

“It’s an exciting day for us at Walkinshaw Andretti United, announcing our partnership with Ford to race the Mustang GT in 2023 and beyond,” he remarked.

“We share a great history with Ford, the brand that powered me through my IndyCar career in 1992, and from 1994 through until 2000, there are clear links right throughout our entire organisation.

“To be a manufacturer supported team for the first time since Walkinshaw Andretti United was born, gives us the best opportunity to achieve our goals.

“The team’s history won’t be forgotten, but we are excited for what the next chapter brings. First though, our focus remains on 2022, and finishing the best possible way.”

Zak Brown, the director from the ‘United’ party in WAU, said linking with Ford was a “clear direction forward”.

“It’s an historic day for Walkinshaw Andretti United, to be aligning with Ford in the Supercars Championship marks a new era for our team,” observed Brown.

“Ford’s support of Supercars is unquestionable, and it’s fantastic for us to have manufacturer support for the first time since Michael and I have been involved.

“It wasn’t a decision we made lightly, but it was the clear direction forward. Thank you to the entire Ford team, both in Australia and globally.

“We are here to win, and we believe our partnership with Ford gives puts us in the best position to do that as we head into a new era of Supercars in 2023.

“The team shares some incredible history with Holden, none of which will ever be forgotten, and we are all looking forward to finishing their time in Supercars on a high this year.”

As Walkinshaw himself alluded to, WAU will continue to campaign ZB Commodores for the remainder of Gen2, a technical era during which it won the Bathurst 1000 just last year with the driver pairing of Mostert/Lee Holdsworth.