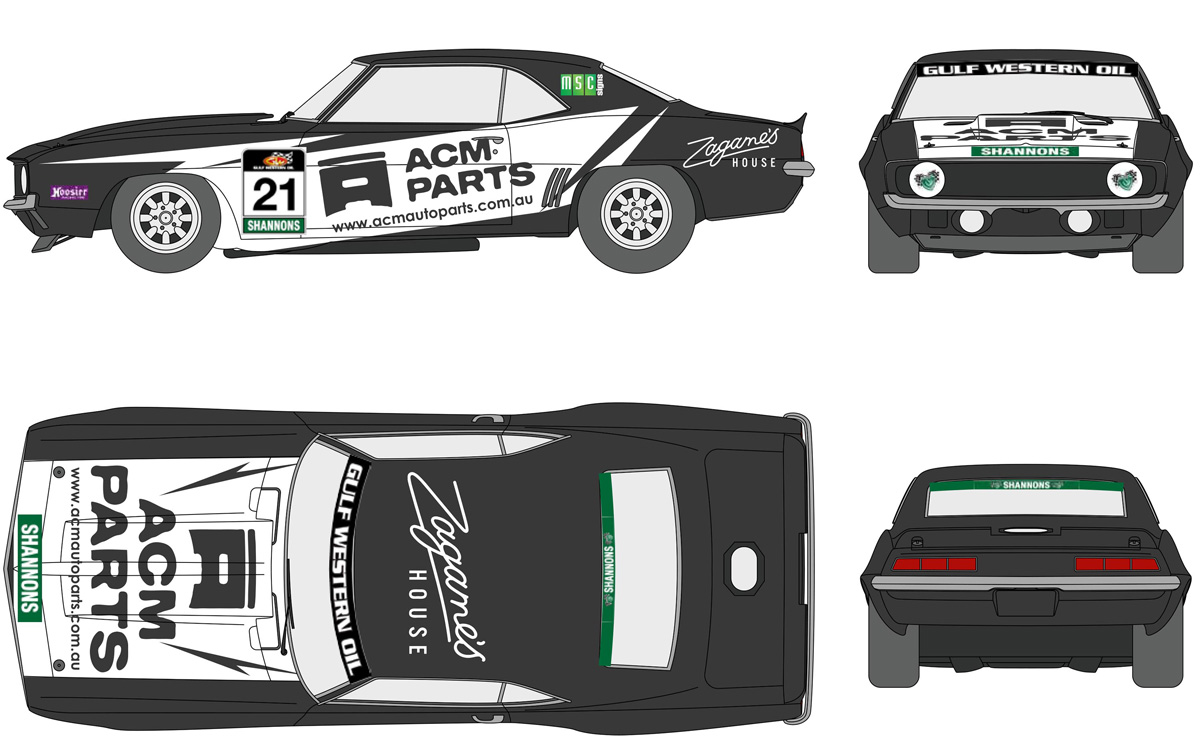 The livery which Cameron McConville will don

Cameron McConville will be a well-known addition to the Gulf Western Oil Touring Car Masters field later this month at Sydney Motorsport Park.

The Supercars Championship race winner will be behind the wheel of Ian Woodward’s 1969 Chevrolet Camaro SS, series front-runner John Bowe having facilitated the tie-up.

“About two months ago John Bowe connected me with Ian Woodward and started the conversation,” McConville said.

“Ian was keen to see his car on track and I was keen to race, but I was in the process of moving, starting the new role at PCM [Porsche Centre Melbourne] and it was crazy busy and it just didn’t look like it was going to happen.

“A month ago we reconnected and he told me how much he’d like to see the car back out there. I was able to put the package together with our sponsors and it all just flowed from there. It’s been fantastic.

“I’ve been looking at doing some racing for fun again for a while now and TCM is the perfect place to do it. I’m very grateful to Ian for trusting me with his car and for JB staying on my back and pushing to make it happen: he’s been instrumental in getting me back to racing.

“I’d be lying to say that I hadn’t missed it, but my focus was on the career and paying the bills.”

Fellow Camaro driver George Miedecke is the series leader, albeit with Ryan Hansford, Bowe and Steven Johnson all within 16 points of his tally.