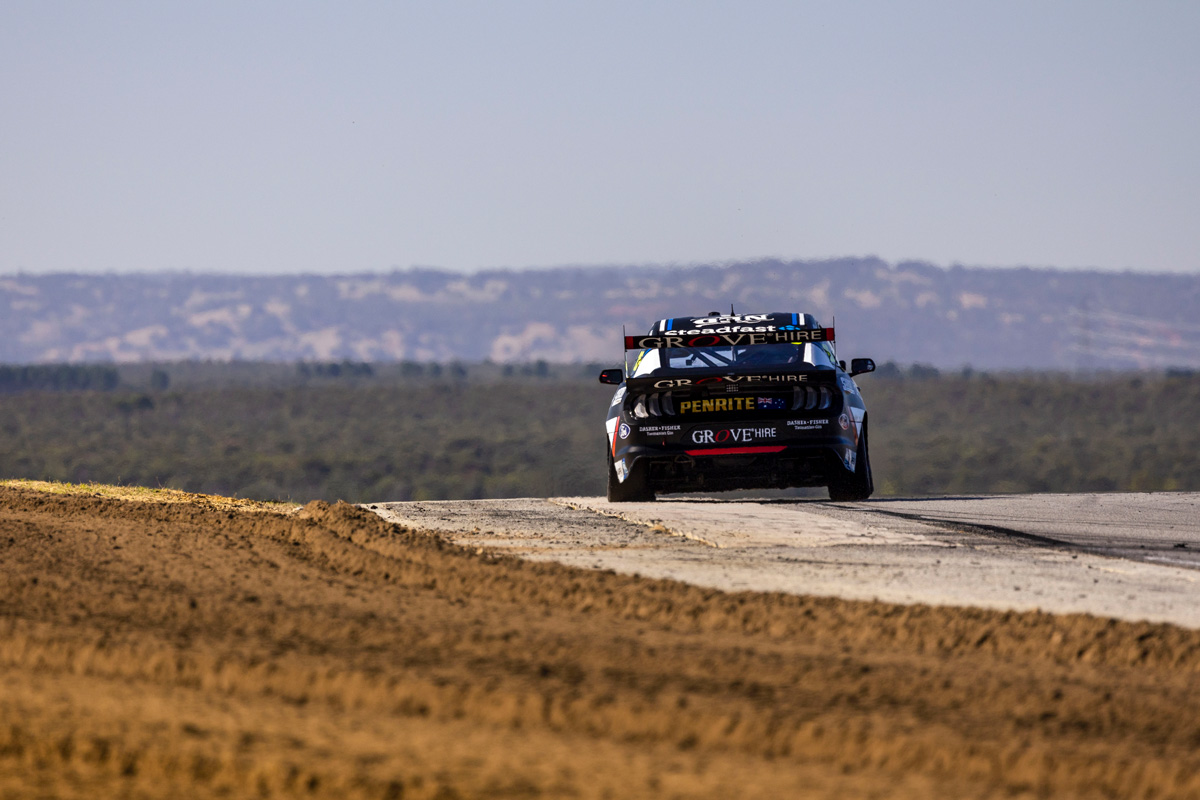 Grove Racing expects to benefit from a wider set-up window when it arrives at Winton Motor Raceway for Round 5 of the Repco Supercars Championship.

The Braeside operation has consistently chipped away at improving its pair of Penrite Mustangs this year, which have thus far delivered five podium finishes from 12 races.

Team co-owner Brenton Grove admitted on the Sunday broadcast at Wanneroo Raceway that “we have got a lot of parts that we didn’t quite get on the car here that we’re looking to debut [at Winton] so the car should be in a pretty different configuration to what it is now”.

By no means was Perth a disaster for the team, with David Reynolds qualifying inside the top eight at every attempt, and recording race finishes of fourth, 11th and sixth.

But the hope is that a wider operating window will help the #10 and #26 Fords be able to consistently stay towards the front.

“The best part is that we have a strong understanding of the car and we can take that on to Winton to keep proving our theories,” Grove later explained.

“We’ve had a steady stream of upgrades for the cars that are working and we’ve got another big package of stuff for Winton.

“It won’t revolutionise the car but should make the operating window a bit bigger.”

“The aim to make the car a consistent podium contender, so if we don’t hit it spot on we’re not as vulnerable as we have been in the past.”

Grove Racing holds fifth in the teams’ championship, two points behind Erebus Motorsport and one clear of Walkinshaw Andretti United.

The Winton SuperSprint is scheduled for May 21-22.