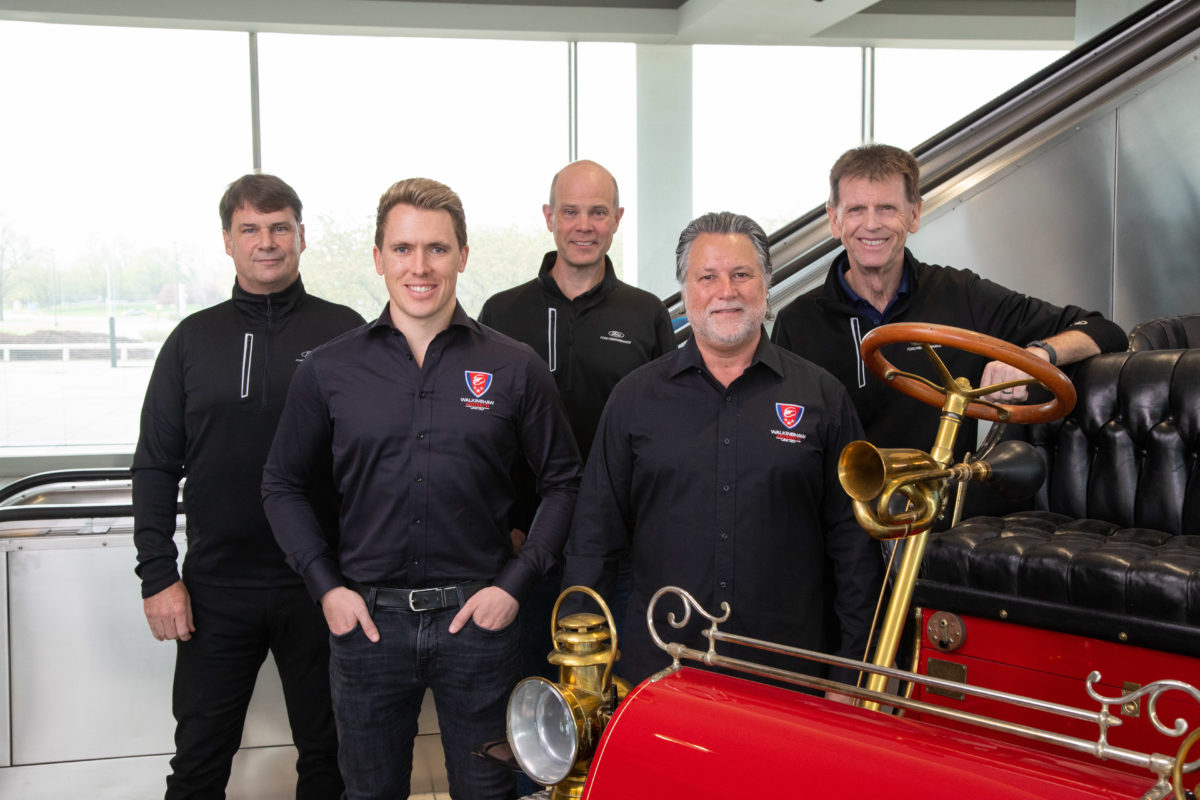 Ford’s heavy-hitters from Australia and head office in the United States have welcomed Walkinshaw Andretti United to its Supercars ranks.

WAU will field Chaz Mostert and Nick Percat in Mustangs from next year, bringing an end to a period of more than three decades running Holden Commodores, including 27 years as the Lion’s factory team and hence Ford’s fiercest rivals.

Today’s official announcement included not just the Clayton-based outfit’s three directors and team principal, but also the most senior of executives from the Blue Oval’s head office in Detroit.

“We’re looking to work with the best organisations, and the best people to get the Blue Oval to the front of the pack, to put on the best show for our fans.

“In Walkinshaw Andretti United we see an organisation with the same core values and beliefs, a passion for the sport and that real drive to win.

“We’re excited to welcome our former rivals into the family, and look forward to many years of success in conjunction with WAU.”

Rushbrook added, “WAU have been our rivals in Supercars for a very long time, and are now joining our Blue Oval programme. We’re excited to have them.

“The Walkinshaw, Andretti and Brown names all have great history with Ford and a deep passion for motorsport through the years.

“Motorsport is in Ford’s DNA, and we’ve shared some incredible moments together.

“We look forward to building on those moments further with WAU in Supercars.”

The arrangement means that WAU is a manufacturer-supported team for the first time since 2016, its final year as the Holden Racing Team before factory status was pulled and transferred to Triple Eight Race Engineering.

Since then, it spent a year as HSV Racing, before morphing into the current tri-party entity.