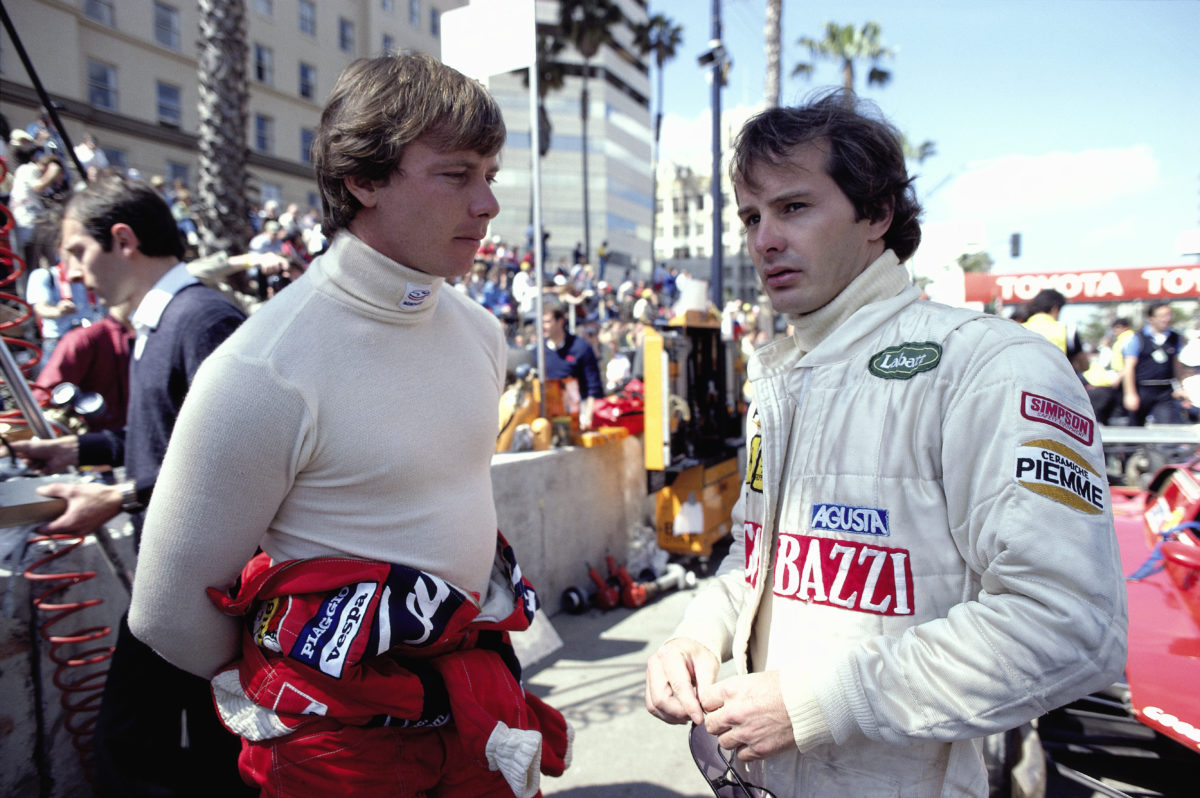 Four decades on from the death of Gilles Villeneuve, the Canadian’s family has reflected on the popular Ferrari driver.

Villeneuve was killed during qualifying for the 1982 Belgian Grand Prix in Zolder.

He was regarded as one of the most talented and exciting drivers to have ever competed in Formula 1.

The anniversary of his death is set to be marked by an upcoming documentary entitled Villeneuve Pironi, featuring interviews from Villeneuve’s wife, Joann, filmed at the Emilia Romagna Grand Prix last month.

“He was just this really down to earth guy coming from this little town in Canada,” recalls Joann Villeneuve.

“His way of driving, his personality, the fact that he had learned to speak Italian. And all that made him likeable.

“He was just a true racer at heart, so he just embraced the whole thing and he was someone who, I think he just could deal with pressure in a different way.

“Actually, that was sort of his way of living. It didn’t look that way from the outside because he just seemed so calm, but he, from the inside, you know, the edge of it is where you have to be.

“To him, the best thing that could happen is when the rear tyres would just touch the guardrail,” she added.

“He would come back with this huge smile on his face and he would say, ‘I kissed the guardrails everywhere. Perfect.’”

Just 32 at the time of his death in April 1982, a bitter feud had developed between Villeneuve and Ferrari team-mate Didier Pironi.

With the San Marino Grand Prix under control, the Ferrari pit wall instructed its drivers to ease off the pace, a message the Canadian interpreted as ‘maintain position’ to the chequered flag.

However, Pironi caught, attacked, and passed his team-mate on the final lap to win, leaving Villeneuve to vow never to speak to the Frenchman again.

Tragically, the bitterness of that feud appeared to manifest itself during qualifying at the very next race at Zolder.

Though conditions had deteriorated, Villeneuve headed out late in the session after Pironi had gone 0.1s quicker.

On track, he encountered Jochen Mass, the pair making contact and launching the Ferrari into the air.

Transported by helicopter to St Raphael Hospital, his injuries were too severe and he died later that evening.

Pironi’s own F1 career ended later in the season when he crashed in wet conditions at the German Grand Prix, breaking both his legs.

He went on to race offshore powerboats only to be killed during the Needles Trophy Race in 1987.

Villeneuve Pironi is set to offer a feature-length insight into the families of both drivers, with production credits including Mark Webber, and is set for release later this year.