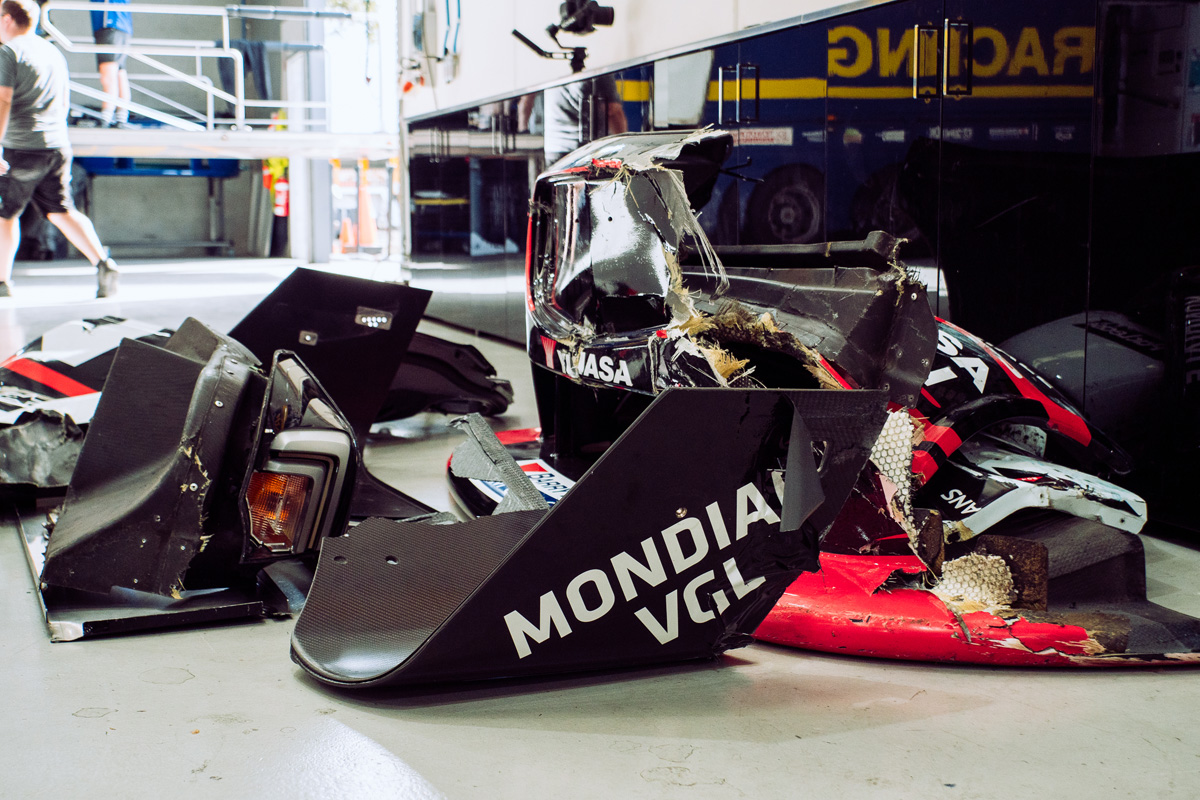 Team 18 acting team manager John Moore has opened up on the road that awaits his crew to piece Scott Pye’s heavily damaged Supercar back together.

Pye clashed with Jack Le Brocq on pit straight at Wanneroo Raceway in the opening stages of Race 11, also putting him out of the following encounter later on Sunday.

Team 18 has already indicated it will need to call on Walkinshaw Andretti United to use its jig, and Moore has now elaborated on the rebuild process following the Nulon Racing entry’s return to base at Mount Waverley yesterday.

“The boys have had a look at the car, we’ve pulled it apart,” said Moore.

“We already knew at Perth that there was substantial damage so we have got to put it back on the jig.

“It’s got a fair bit of damage on the left-rear airjack where the wheel contacted with the wall in the incident.

“So what we have got to do is get it on the jig, cut all of the bars out and the material that’s in that area, replace it all, and then we’ll get it into the paint booth and put some fresh paint on it, and then the boys will start putting it back together ready for [Winton].”

It appears unlikely that the #20 will be ready in time for a test day at Winton Motor Raceway on Tuesday next week.

“We’re looking at probably with the fabbies [fabricators], we’re about four days I reckon on the jig of cutting it all up and replacing the components on it and get it in the booth,” Moore added.

“So turnaround time, you’re looking at maybe a week, less than a week hopefully, and then the boys have got about a week to put the car back together to head up to Winton.”

The Winton SuperSprint, Round 5 of the Repco Supercars Championship, takes place across May 21-22.