Mercedes to experiment with F1 developments in Miami

Mercedes to experiment with F1 developments in Miami 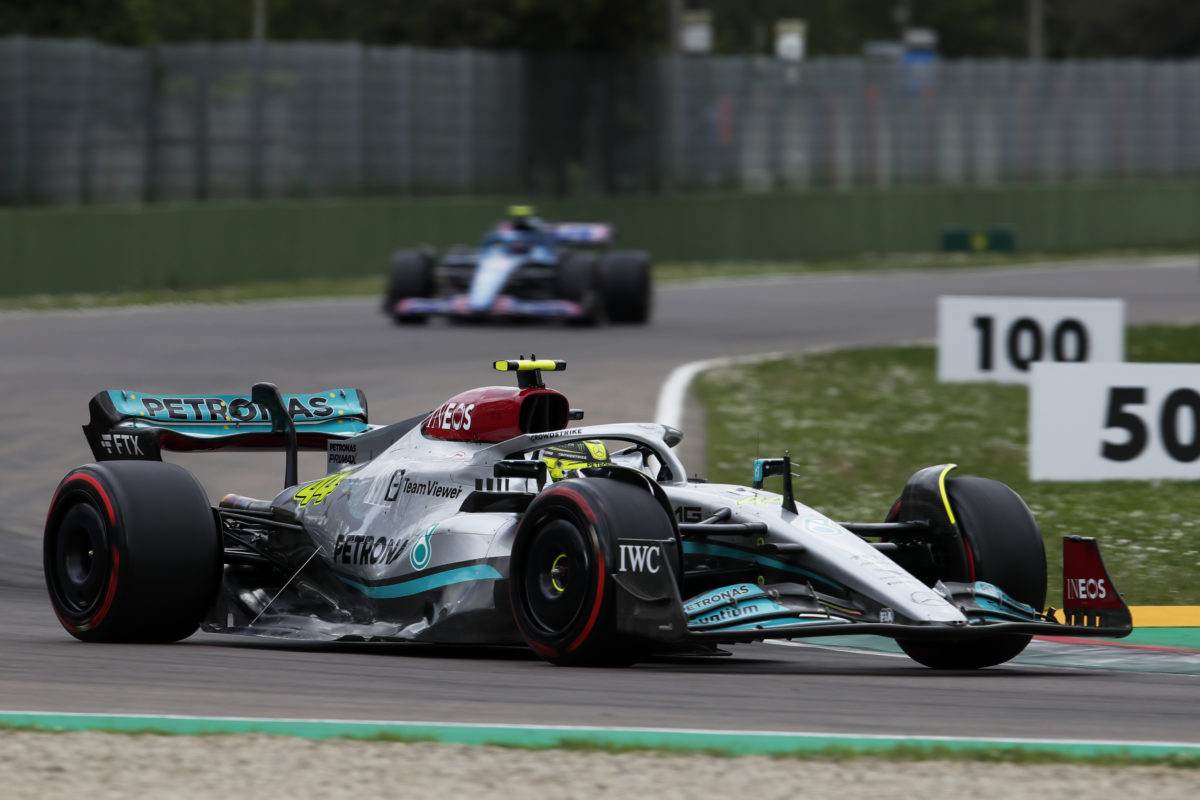 Mercedes is set to experiment with what it hopes are improvements for its troublesome W13 at this weekend’s Formula 1 Miami Grand Prix.

Though sitting third in the constructors’ championship with two podium results to its name, the start of the 2022 season has been a difficult one for the Silver Arrows.

Aerodynamic bouncing has affected the car severely, impacting the team’s ability to extract the full potential it believes lies within its latest steed.

It’s left Lewis Hamilton to all but concede his hopes of winning this year’s championship are over.

In Imola two weeks ago, the seven-time world champion was unable to make any notable progress from his lowly 14th place on the grid.

Indeed, despite the retirements of Carlos Sainz and Fernando Alonso, and even Daniel Ricciardo’s suffering, he climbed just one place by the end of the 63-lap Emilia Romagna Grand Prix – an effective drop of two places.

By contrast, George Russell made a strong start, benefitted from the misfortune of those ahead, and finished the race fourth.

“It was a very difficult weekend for us in Imola,” said team boss Toto Wolff.

“George did a great job to finish P4 from an unpromising starting position but with Lewis, we didn’t give him the tools or track position to show his true pace.

“Since we returned from Italy, we’ve learned as much from the weekend as we can and, in parallel, our learning has continued in the wind tunnel and simulations.

“We have found several directions for improving the car, and we will be conducting experiments in Miami to correlate those simulations, and hopefully confirm the development path for the coming races.

“Both drivers have been working in the simulator ahead of Miami and the factories have been busy producing updates for the next races.

“The saying ‘smooth seas do not make good sailors’ comes to mind.

“This team has shown its resilience over many years and the difficult start to this season has lit a fire within every team member, determined to put it right.”

Both Wolff and Hamilton have previously said they don’t expect a magic bullet to solve the issues they currently face, and instead will head to Miami hopeful that the developments move its performance in the right direction.

This weekend’s race takes place on an all-new circuit, a temporary facility akin in many respects to Melbourne’s Albert Park.

“Miami is an exciting new challenge and a complete step into the unknown,” Wolff said.

“The track looks demanding, with a real mix of low and high-speed corners, and it’s set to be a spectacular showcase for the sport to our growing US fanbase.

“So, we’re set for a fantastic event, and we can’t wait to see how it all plays out.”

Opening practice in Miami begins at 04:30 AEST on Saturday morning.