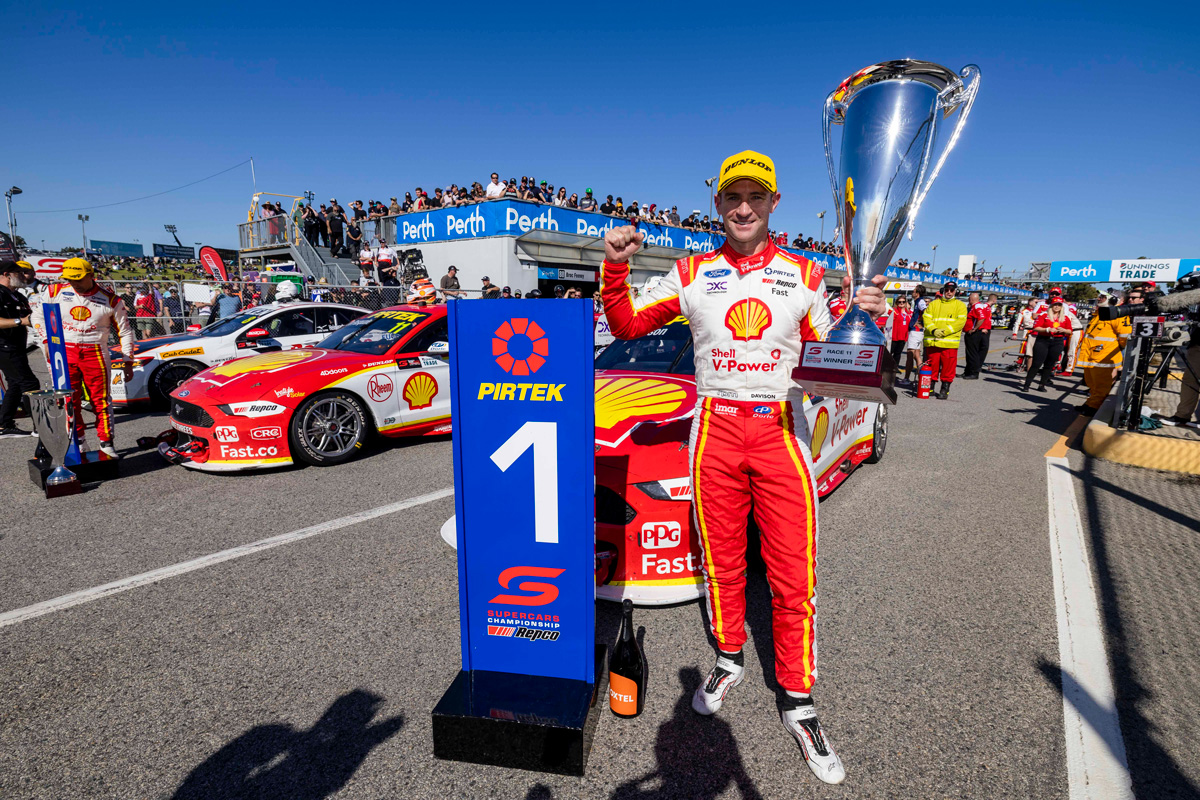 Will Davison with his Race 11 first-place trophy. Picture: Mark Horsburgh

A drought-breaking triumph at the Perth SuperNight could open the floodgates for more successes, Will Davison hopes.

In the 2030 days between Supercars Championship race wins, Davison had on many occasions experienced a case of ‘close but no cigar’.

In fact, the Shell V-Power Racing Team driver chalked up 17 podium finishes in that period, including being runner-up 11 times, before finally tasting victory in Race 11 of the year on Sunday – albeit in controversial circumstances.

Davison admitted in Pirtek Victory Lane that “relief” was the feeling that had overwhelmed him, and that he was glad to no longer have to answer questions about when a 20th main game win would come.

With the weight of the world off his shoulders, the coast is clear for Davison to go on a run and make the most of his outstanding qualifying form.

“I’d love to think so,” the 39-year-old said when asked if he could see the floodgates now opening.

“We’ll just keep doing what we’re doing. It’s nice to not have to answer that question anymore but yeah, I’d like to think so.

“I think naturally this year with the team, second year, continuity is a big thing and Rich [Harris, engineer] and I are working really well together, we’re starting to make positive changes throughout the weekend and are starting to understand each other.

“We have got a really fast car in qualifying all the time and even that race then [ie Race 12], we were much stronger at the start of the race then I’d been.

“We made some changes and it was really encouraging… a lot of positives out of the weekend.”

Davison has regained third in the drivers’ championship, while the Shell V-Power-backed Ford squad have closed to within 13 points of Triple Eight Race Engineering’s lead in the teams’ title race.