What’s behind Courtney’s resurgence in 2022

What’s behind Courtney’s resurgence in 2022 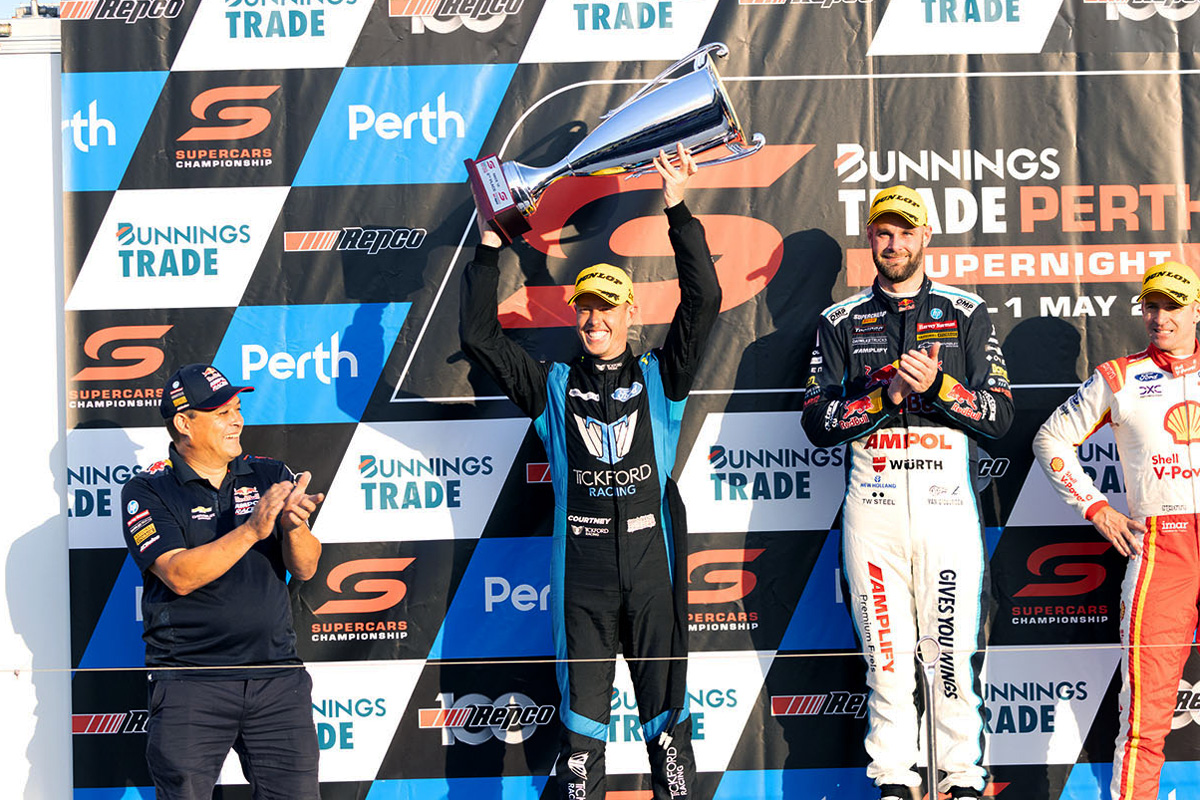 James Courtney has pointed to a change of both chassis and engineer as instrumental to his resurgence in the 2022 Repco Supercars Championship.

The 41-year-old has seemed to have a new lease on life particularly in qualifying trim this year, running far closer to team-mate Cameron Waters to give Tickford Racing a genuine two-pronged attack from its lead garage.

Courtney has qualified inside the top 10 on seven successive occasions, and has only been outside that bracket twice all year.

Last-corner contact with Chaz Mostert at the Melbourne 400, for which the latter was penalised, cost him a podium but the 2010 champion bounced back last weekend to place second in Race 12 at Wanneroo Raceway.

Among off-season changes for his second full campaign at Tickford Racing was installing Sam Scaffidi as his race engineer, and switching to a newer chassis which was run for the first time last year by Jack Le Brocq.

“I think all those sort of things, newer car, the same as what he [Waters] has got, and the engineer change, and also me driving the thing for a little bit longer as well,” Courtney said of his form spike.

“I think there is a few things. As a team we are sort of lifting as well, trying to get that consistency, and I think we are achieving.

“We’re still nowhere near what these guys [Triple Eight Race Engineering and Dick Johnson Racing] are able to achieve but at the moment we have to be best of the rest and keep chipping away and hopefully we can get to be able to challenge these guys on more of a regular basis.”

Further to that last point, Courtney noted that Tickford must be better at damage limitation, in the way that Triple Eight and DJR are, and further improving at one-percenters.

“At the moment I don’t think as a team we’re at that same level as those guys,” he admitted.

“We’re pushing to be at that level and as a group we’ve accepted we have got areas that we need to clean up and be sharper and pay more attention to and things like that, all of those little things that you do better.

“I think that’s what these guys as a team are able to execute at 98 percent every weekend and most races, so we need to be executing at that sort of level to be able to challenge them.

“But as for car speed, I think yes, we have made an improvement.”

Regardless, Courtney felt positive about the Ford team’s competitiveness at Wanneroo.

“It was good that we were there legitimately on speed and strategy and we didn’t just get this podium out of these guys running into each other and us wobbling around and picking up the pieces,” he said.

“That’s confidence boosting for us as a team and going into Winton.

“Our car has been quite competitive at a few different styles of circuit as well, it’s not just good at one and then last at the next one, so it’s nice.”