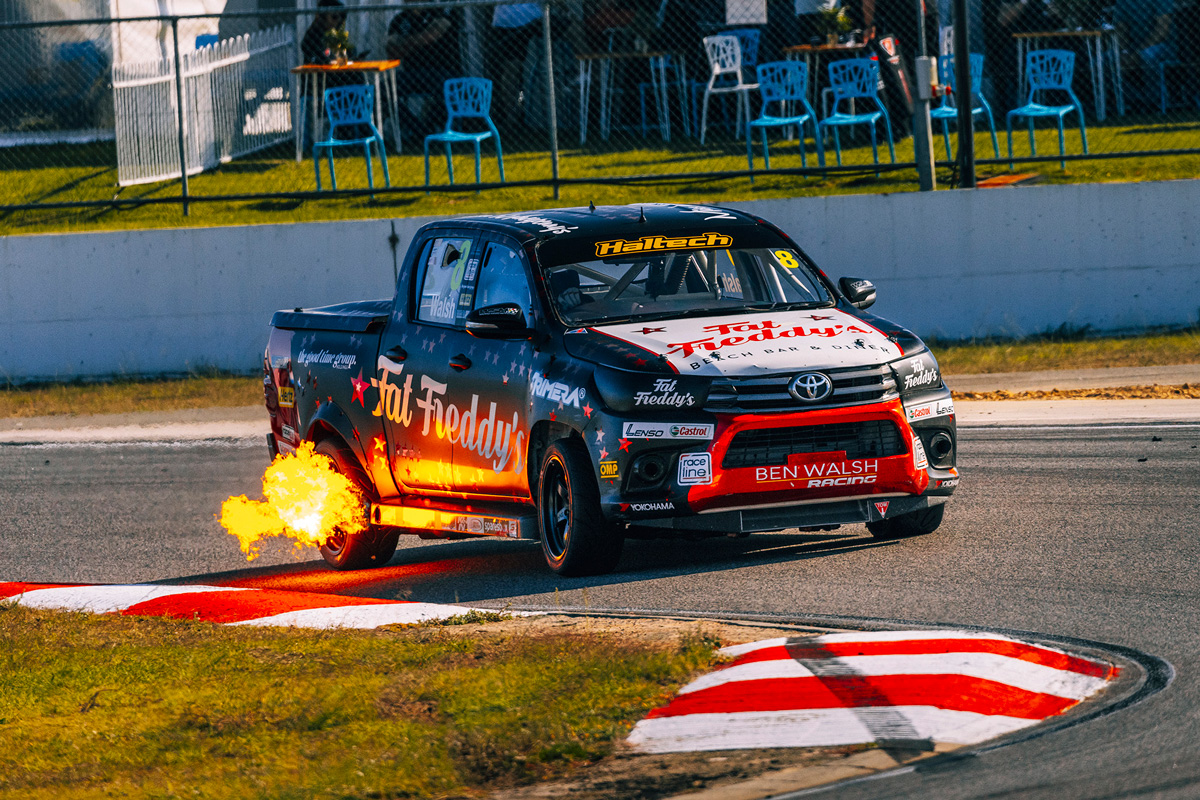 Ben Walsh has been elevated to winner of Round 2 of the Haltech V8 SuperUte Series at Wanneroo Raceway.

The change in result comes as Aaron Borg was belatedly penalised for his pass on Walsh for the Race 4 lead on Sunday.

Borg went on to win the race, backing up his effort in Race 3, and the overall round.

However, a five-second penalty has now been issued to Borg for the Turn 7 move in the Perth finale, relegating him to sixth in that encounter.

Walsh in turn has been promoted to victory in both Race 4 and Round 2 as a whole.

“We didn’t really have the car dialled, but we just chipped away at it and slowly felt better over the weekend,” said Walsh, who was still recovering from a recent bout of COVID-19.

“By Sunday, it really started to come together for us.

“At Western Sydney Motorsport, we only made the decision to run independently eight weeks before the first round in Tassie, so it’s just been a massive push for us and it’s been very successful for the two entries to take out the opening rounds.

“Woodsy’s [team-mate Craig Woods] been a jet this year. That ute he’s jumped into has really suited him and the thing is really dialled in.

“It was a good weekend, but it was tough as I wasn’t on the pace early on and we really had to work on it, but we got there.

Walsh is now turning his attention to Round 3 at Winton later this month.

“I think we’ve got a bit of work to do because the weaknesses I’ve had in Tasmania and Perth may be magnified at Winton,” he said.

“I’m struggling with the stop-go or sharp corners. My ute is not getting the power down as well as my team-mates.

“We need to sort that out, but I’ve got a great crew behind me. I’m confident coming off a win in Perth, so I’m sure we’ll get it dialled in.

Elaborating on the broader title race, Walsh added: “I had a shocker of an opening round, so we’ve got no option but to finish strong in every event.

“I’m not out of the series, I went into Perth needing to maximise and I did that.