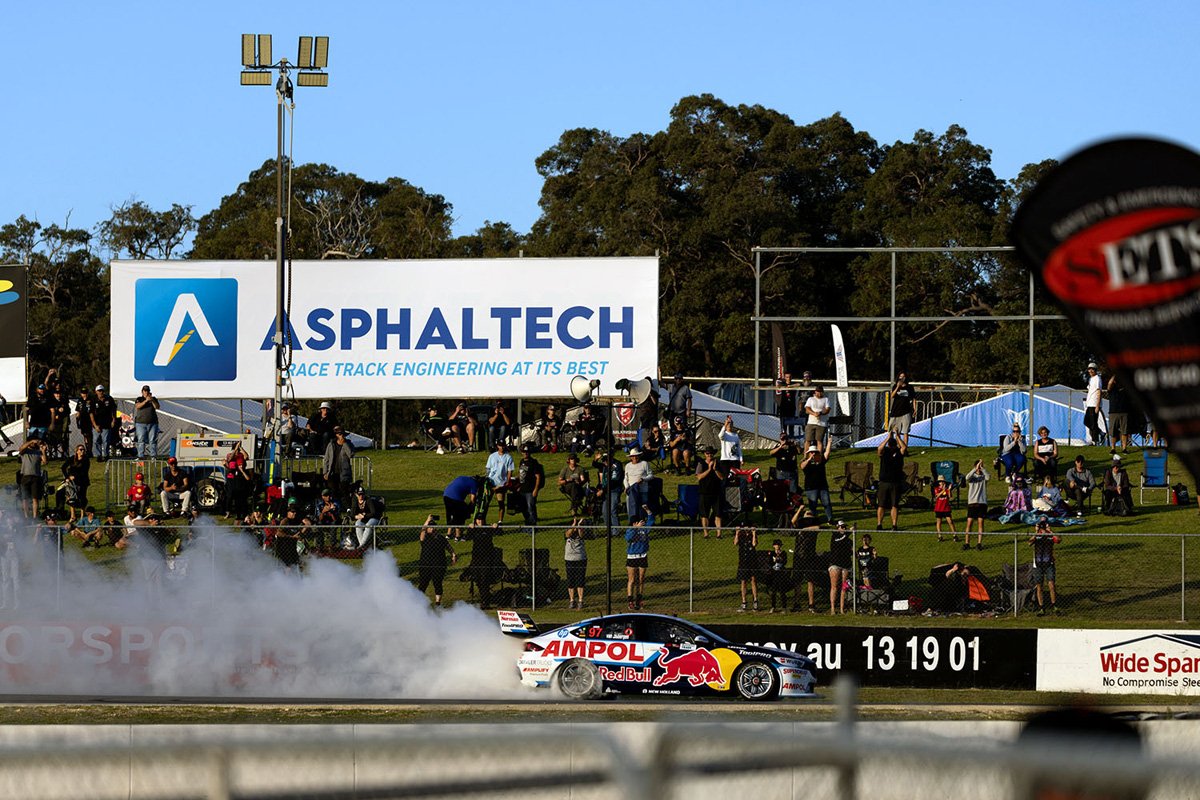 Shane van Gisbergen has won two-thirds of the 12 Supercars races held this year but he’s still not quite satisfied with how his campaign for a third championship is coming along.

The proud Kiwi picked up another two wins across the Perth SuperNight weekend, either side of a fifth-place finish in Race 11.

It continues a trend where one race has proven difficult for him at most events this year, fighting back from a spin in Race 2 at Sydney Motorsport Park and making a mistake in Race 9 at Albert Park which led to a costly tyre issue.

At Wanneroo Raceway, it was a case of impeding from Team 18’s Mark Winterbottom during Qualifying for Race 11 which brought his otherwise unblemished weekend unstuck.

“I’m still angry at Winterbottom from this morning, otherwise it probably would have been a really good weekend,” said van Gisbergen on Sunday night.

“This morning was pretty frustrating, getting that qualifying, because in the second quali we showed what we really could do.

“Awesome weekend but got some weaknesses: my starts, for one, I just keep getting shockers, and then pit stops we’re not quite quick enough to put pressure on these guys. We probably should have come out a little bit closer [to Will Davison in Race 12].

“But really good weekend; normally it’s not a very strong track for myself so it’s good.”

“There’s still too many bad races,” he said.

“It’s either win or bin, it feels like, so maybe I need to accept second or third sometimes but winning races is a nice feeling too.”

Next up on the Repco Supercars Championship calendar is Winton Motor Raceway on May 21-22.

Triple Eight Race Engineering will get an early look at the Victorian venue, with Broc Feeney to complete a rookie test there on May 10.