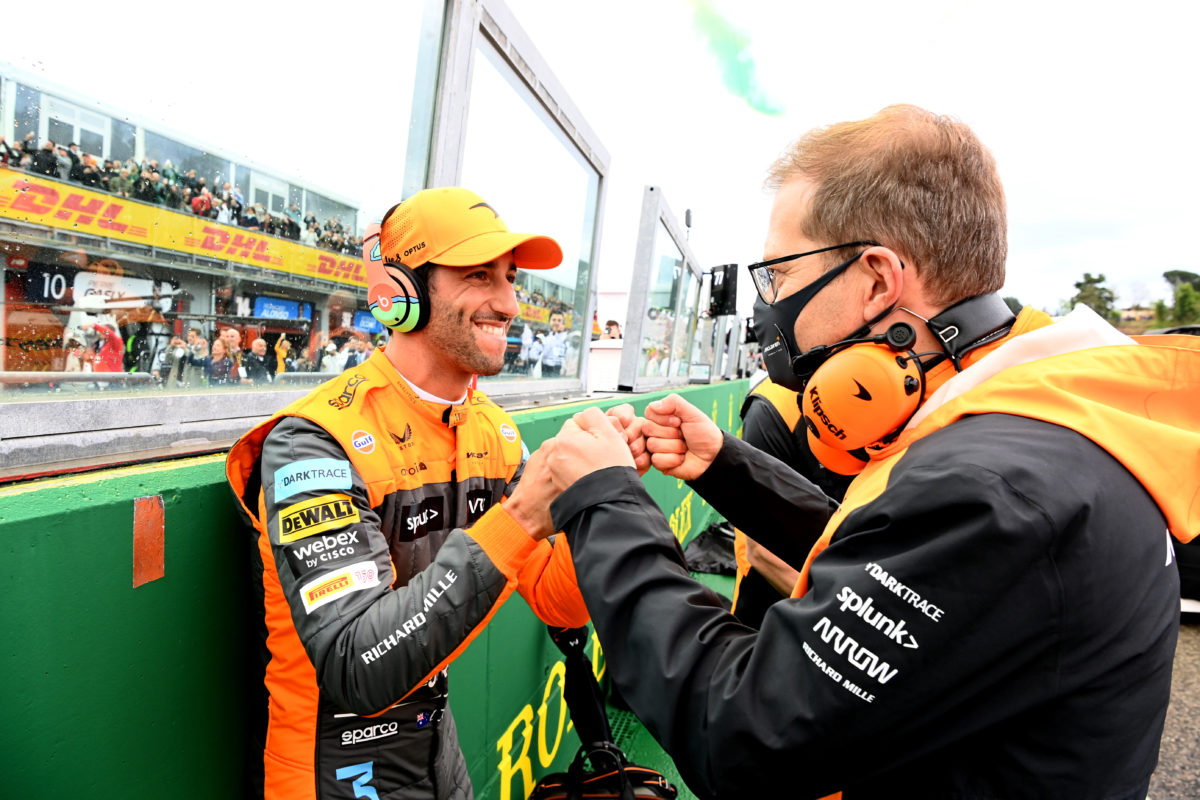 Daniel Ricciardo has suggested this weekend’s Formula 1 Miami Grand Prix is something of a second home race as he prepares for the event’s inaugural running.

Ricciardo has made no secret of his love of the United States and has previously attended the NFL Super Bowl at the Hard Rock Stadium, around which he’ll race this weekend.

“I’m buzzing to be heading to Miami,” the Aussie said.

“The US is like a second home to me, so I can’t wait to get on track in front of the fans and soak up the amazing atmosphere in the city.

“Miami knows how to put on a show so it’s shaping up to be an incredible weekend.”

Ricciardo headed to the US early, appearing on the The Daily Show with Trevor Noah.

There, he reflected on the booming popularity of Formula 1 in the United States, a country which next year will boast three grands prix with the addition of a race in Las Vegas.

The McLaren driver comes off the back of a difficult Emilia Romagna Grand Prix, a race in which he nerfed Carlos Sainz into retirement only to be in turn clouted by Valtteri Bottas.

Carrying damage on his car, he trundled to the flag in 18th and last place before visiting the Ferrari motorhome to apologise to Sainz.

“I hated every second of the apology,” Ricciardo confessed to Noah.

“I think probably just with experience and just being in it for so long, I have the, I guess maturity now to know how much we all put into it.

“So you kind of just respect everyone’s journey, and so the incident, if I hold myself accountable for something then I feel like I want to just apologise.

“It’s nothing personal, you know what I mean? I don’t think everyone would do it [apologise] but for me, I just felt better by doing it.”

After struggling in Imola, Ricciardo now looks forward to a more competitive showing in Miami.

McLaren struggled at the opening race of the year, leading to suggestions the Woking squad had a mountain to climb, but has since got on top of those early issues.

Primarily they related to a simple lack of knowledge, borne out of the reduced running it had at the final pre-season test in Bahrain when it was blighted by brake issues.

With those now seemingly resolved, and with a greater understanding of the MCL36, both Ricciardo and team-mate Lando Norris have proved increasingly competitive in the three races since the season-opener.

As such, there is optimism heading into this weekend’s race around the brand new Miami International Autodrome.

“I can’t wait for the challenge of a new track,” Ricciardo said.

“The street circuit has some great features and they’re something I’m really looking forward to testing out.

“We still have a lot of improvements to make to the car, but Lando’s result in Imola was very encouraging.”

McLaren has climbed to fourth in the constructors’ championship, though Ricciardo himself sits just outside the top 10 in the drivers’ standings with 11 points to his name.

Charles Leclerc heads that competition on 86 points, chased by Max Verstappen on 59.

Opening practice for the Miami Grand Prix gets underway at 04:30 AEST on Saturday.