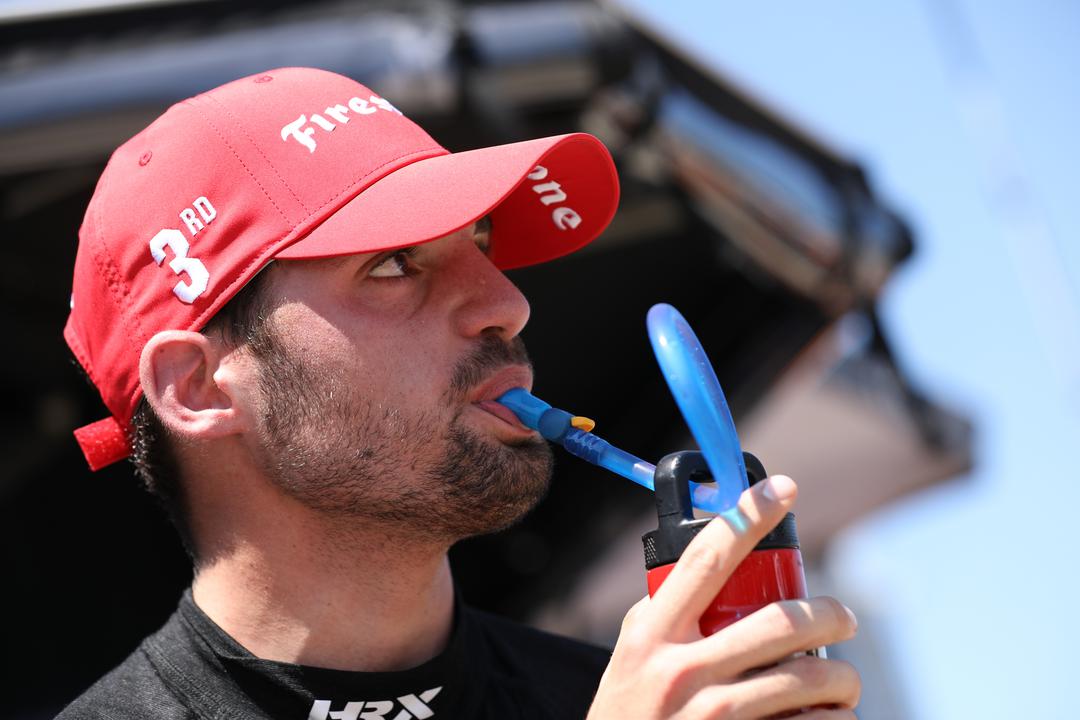 Rinus VeeKay says he learnt lessons the hard way after failing to convert pole position and a long-held race lead into another IndyCar victory, at Barber Motorsports Park.

The Ed Carpenter Racing driver held first position for 57 laps out of 90, or essentially both of the first two stints out of a standard two-stop strategy.

However, he would take the chequered flag in third, more than 12 seconds behind winner Pato O’Ward and more than 11 behind runner-up Alex Palou.

The critical moments came in the second pit stop cycle.

VeeKay had built his margin over O’Ward back to two seconds before losing much of that again on their way into pit lane at the end of Lap 61, due to traffic which he identified as Jimmie Johnson.

He got out of his box just ahead of the #5 McLaren SP Chevrolet, only for O’Ward to go deep and pass him around the outside when they next arrived at Turn 5.

Making matters worse, Palou, who had run fifth before the final pit stops, emerged between Car #5 and VeeKay’s #21 Chevrolet after he took service at the end of Lap 63.

Said the Dutchman after finishing third, “Actually, the weekend has been pretty good. We started out the first two-thirds of the race very strong, leading, saving a lot of fuel. Very happy with that.

“Unfortunately, I got held up a little bit before getting into my second pit stop, so Pato was on me, really on me. I did beat him out of pit lane.

“Coming into Turn 5, I just took it a little bit too conservative, and he got around me.

“He drove away basically. [I] Lacked a little bit of pace on the last set of tyres; Pato and Alex were a little bit too fast for me to hang with.

Pressed on the pit stop and the laps either side, VeeKay admitted, “Unfortunately, I didn’t push enough on that out lap. Another lesson learned.

Speaking earlier in his post-race television interview on NBC, the 21-year-old, one-time IndyCar race winner even revealed that he had forgotten to use his push-to-pass in his bid to fend off O’Ward.

“I was so much looking in my mirrors that I kind of forgot to use the push-to-pass because I was so fuel-conservative all race,” he explained.

“Yeah, I was a little bit too conservative there, so, mistake’s on me.”

According to VeeKay, he had overcompensated for past mistakes made while pushing too hard.

“I have screwed myself a few times in the past [by] braking a little too deep, locking a tyre, yeah, basically destroying my whole last stint,” he noted.

“I did not know Pato was going that deep. Yeah, I was looking in my mirrors a lot. Maybe that distracted me a little bit; I don’t know.

“If I could go back, I would go way deeper and stay ahead of him. I was also struggling a little bit more on my last set of tyres.

“He was definitely faster on that last stint; deserved win for him. Fortunately, I still got a podium out of it.”

VeeKay is now seventh in the series standings, 38 points off the lead, ahead of the Grand Prix of Indianapolis on May 13-14 (local time).