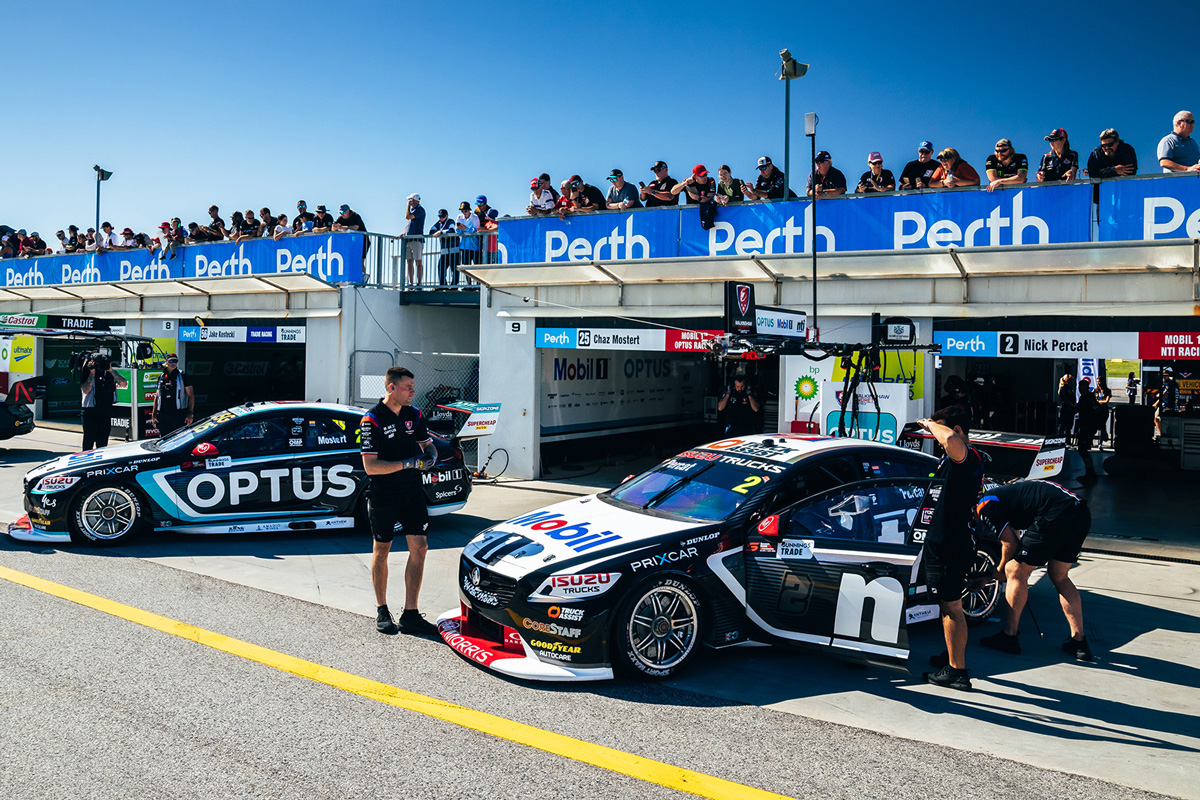 Jason Bright has expressed his surprise at Walkinshaw Andretti United’s anticipated decision to jump across the brand divide to Ford for the 2023 Repco Supercars Championship.

Speedcafe.com yesterday broke the news, which is expected to be officially announced later this week. Neither WAU nor Ford has confirmed the move.

A switch would coincide with the introduction of Gen3, as the Chevrolet Camaro replaces the Holden Commodore, and a new Ford Mustang is debuted.

Bright, winner of the 1998 Bathurst 1000 with Steven Richards and Stone Brothers Racing notably tasted victory for both Supercars’ factory Holden and Ford teams in the 2000s.

Following a race-winning Indy Lights campaign in 2000, Bright was a top four championship finisher from 2001-04 (the first two at the Holden Racing Team, the second two at HRT satellite Team Brock/Paul Weel Racing) before switching to Ford Performance Racing for 2005-06.

Bright shared his reaction to the WAU news when speaking with Speedcafe.com this morning.

“It was a bit of a shock but you look at the Walkinshaw Group, they have got relationships with a lot of different manufacturers around the world,” he said.

“Their relationship up until now has obviously always been just with Holden in Australia, but probably more of a shock is that they’re going to Ford.

“Obviously they have got a lot of other relationships around the world, I wouldn’t have been surprised to see them bring in a different manufacturer, but going to Ford is certainly a very big change.

“I’m sure a lot of fans are pretty shocked by it as well.

“What would it have been, early ‘90s since Walkinshaw has been Holden, so it’s certainly a very long relationship.

“I think it’s one of those things that you don’t expect. We’ve seen teams change brands before but I guess none that have been so long established and you always sort of recognised as being Holden.”

The team from Clayton ceased being Holden’s factory team at the end of 2016, when the Red Lion shifted its support to Triple Eight Race Engineering.

Holden exited the championship altogether in a factory sense four years later, although the Commodore has continued to be raced due to delays to Gen3.

Bright acknowledged that “now is the time to do it” if a team was to jump ship, given the incoming change of regulations.

He also noted the likely impact, both good and bad, on WAU’s fanbase.

“They’re still definitely one of the teams that’s got the most amount of fans in the series and a lot of those would have very red blood, so I think they will certainly lose quite a few,” said the 49-year-old.

“It will probably take a while to pick up, to transfer a lot of the Ford fans, but Chaz is a pretty likeable bloke and I think a lot of Ford fans will be pretty happy to see him back in blue, so I think they will pick up quite a few fans for that alone.”

Both Chaz Mostert and Nick Percat are under contract at WAU for 2023.