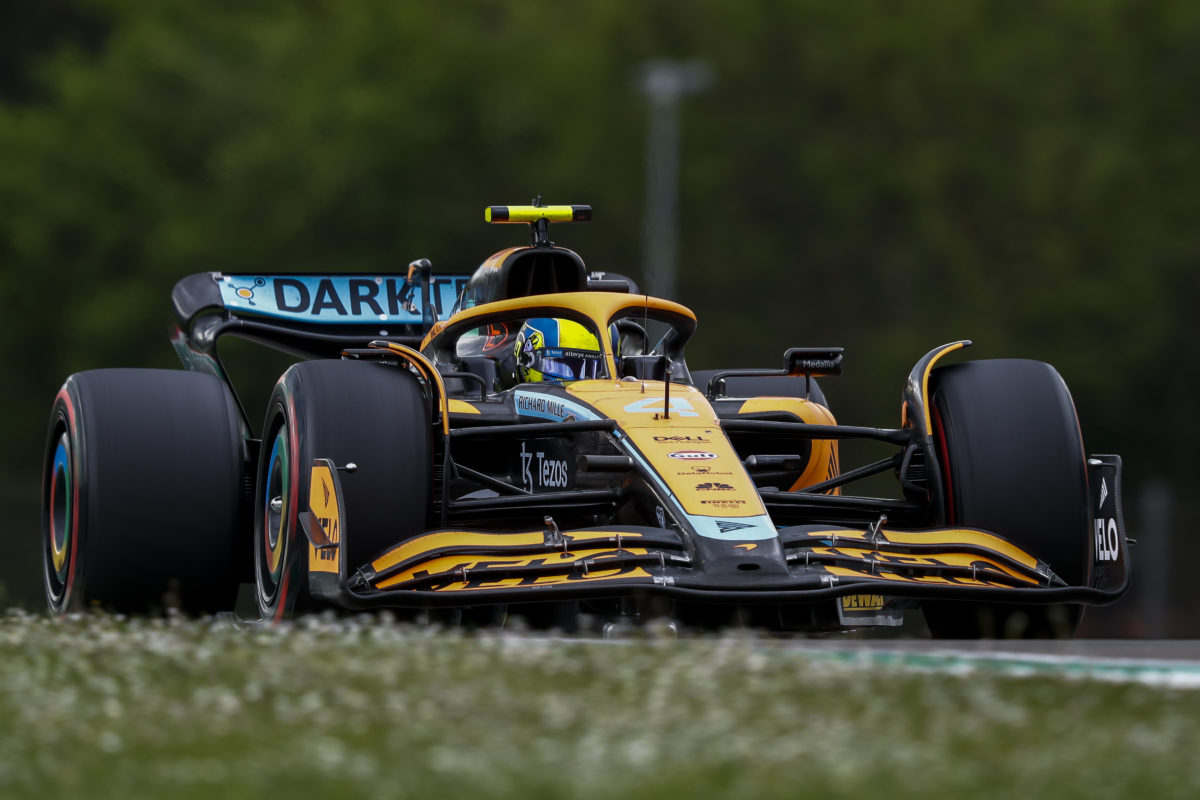 McLaren needs to find slow- and medium-speed performance if it is to catch the likes of Ferrari and Red Bull.

That’s the assessment of Lando Norris, the Brit having finished third in the Formula 1 Emilia Romagna Grand Prix last time out.

McLaren has been gathering momentum since the start of the season, and a torrid Bahrain Grand Prix.

Since then it has worked on understanding the MCL36 while looking to make up for time lost during the final pre-season test when brake issues prohibited it from completing any long runs.

With that issue now largely behind the team, Norris is looking forward to where more performance can now be found.

“If I wanted to speak in simple terms, we need the improvements everywhere; high-speed, medium-speed, slow-speed,” he said when asked where he felt his car needed performance.

“Maybe more bias towards the slower- to medium-speed but as a package, everything needs to be just the next level.

“I think as we’ve said in the past, the balance has been good, and we’re happy with the balance, it’s just, you do a good lap, you do something that feels good, and you’re just slow because you go around every corner slower than the others.”

It’s a view Norris says is shared by team-mate Daniel Ricciardo, the pair delivering largely the same feedback to the team.

“We have slightly different driving styles so that they’re not always identical but in how we want to improve the car and get quicker, they’re pretty much exactly the same,” he said.

“That’s a good thing. The guys and girls are focusing hard to come up with these new parts.

“I’m confident over the length of the season we can continue to bring more and try and get closer to these guys.”

To date, McLaren has brought no updates to the car beyond a circuit-specific beam wing to Imola.

Team boss Andreas Seidl has been cagey about what updates are in the works, and when they might find their way onto the car.

It’s a complicated process as the team recovers from the time it had to invest in resolving the early brake issues, coupled with the constraints placed on the team by the cost cap.

“You want to focus on everything but over this long season, you got to kind of focus on certain things first,” Norris said.

“We’ve not brought anything big,” he added of the season to date.

“I know there’s been big steps, but it’s not like we’ve brought a new floor or new things or whatever, so just smaller things, but those smaller things seem to be having an effect when you put them all together.”

Formula 1 heads to the United States for the first of two events this season, with opening practice for the inaugural Miami Grand Prix scheduled to get underway at 04:30 AEST on Saturday morning.