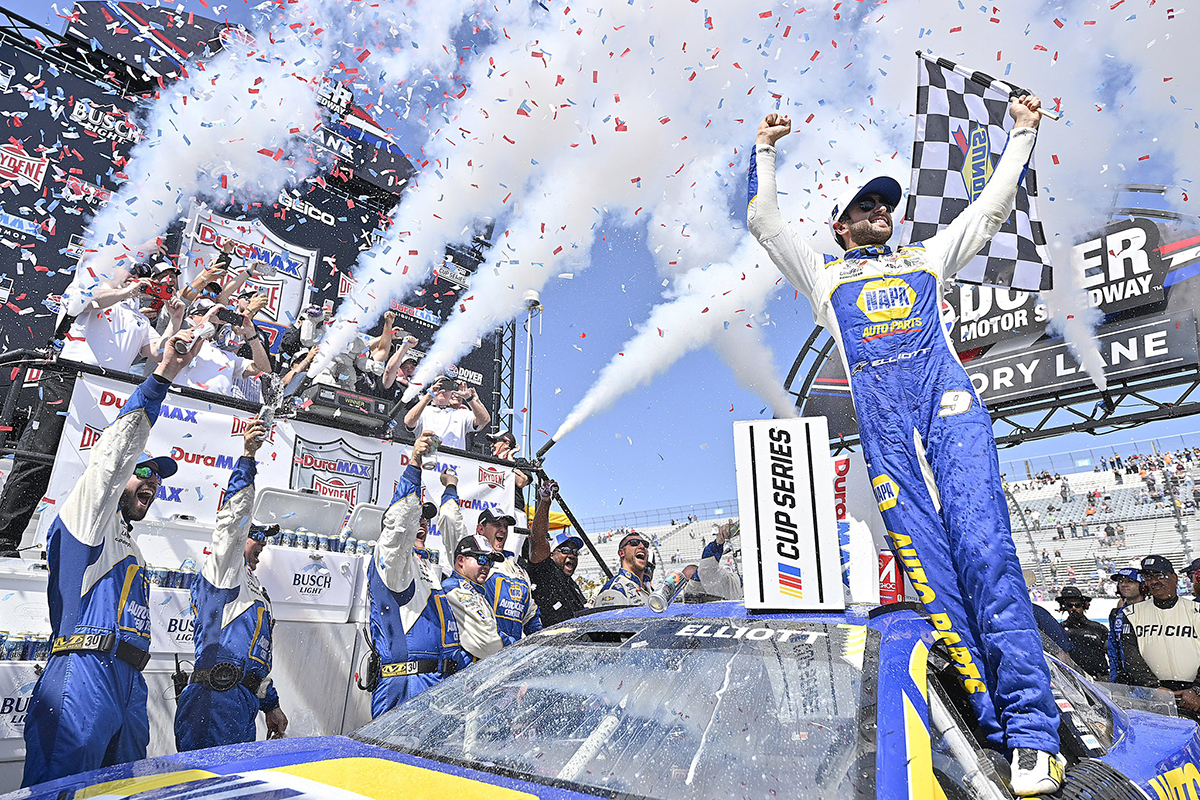 Chase Elliott has taken his first win of the 2022 NASCAR Cup Series in an eventful race at Dover Motor Speedway.

After rain yesterday postponed proceedings, there was clear blue skies at the Monster Mile, where 18 lead changes would unfold throughout the race.

Denny Hamlin was able to win Stage 1, before finding trouble with a loose wheel, and several laps later being collected by a spinning Cody Ware. The Joe Gibbs Racing veteran ended the day in 21st position.

Ryan Blaney won Stage 2, which was the only shining light for Team Penske on a tough day, as Blaney was their best finisher in 26th.

Kyle Busch and Alex Bowman looked to be the best contenders for the race win, but an ill-timed caution put them towards the back of the field during green-flag pitstops.

After the 12th caution of the day, the race restarted with 53 laps to go with Elliott, Ricky Stenhouse Jnr, Ross Chastain and Martin Truex Jnr looking to be the front-runners.

Elliott took out the win after a caution on the final lap for a spinning Truex Jnr on the back stretch after contact with Chastain.

Truex Jnr would end up finishing in 12th, while Elliott celebrated his first win of the year, meaning all four Hendrick Motorsports drivers have now tasted victory in 2022.

“Yeah, just had some good circumstances, finally. I really appreciate Alan [Gustafson, crew chief] and our entire team for sticking with it,” Elliott said.

“We’ve had some tough races after the past four to five months, and just great to get NAPA back to victory lane.”

“Just so proud, this one means a lot in a lot of different ways, and I just appreciate all the effort. Watch out, we’re rolling.”

Stenhouse Jnr was able to finish second in his JTG Daugherty Racing Chevrolet, for his first top-five of the year, and his best finish since the Bristol dirt race in 2021.

“My pit crew did a good job of keeping us up-front all day, and this feels good. Hopefully we can carry this momentum on the big tracks,” Stenhouse Jnr said.

NASCAR returns next week for its famous ‘throwback’ weekend at Darlington Raceway.