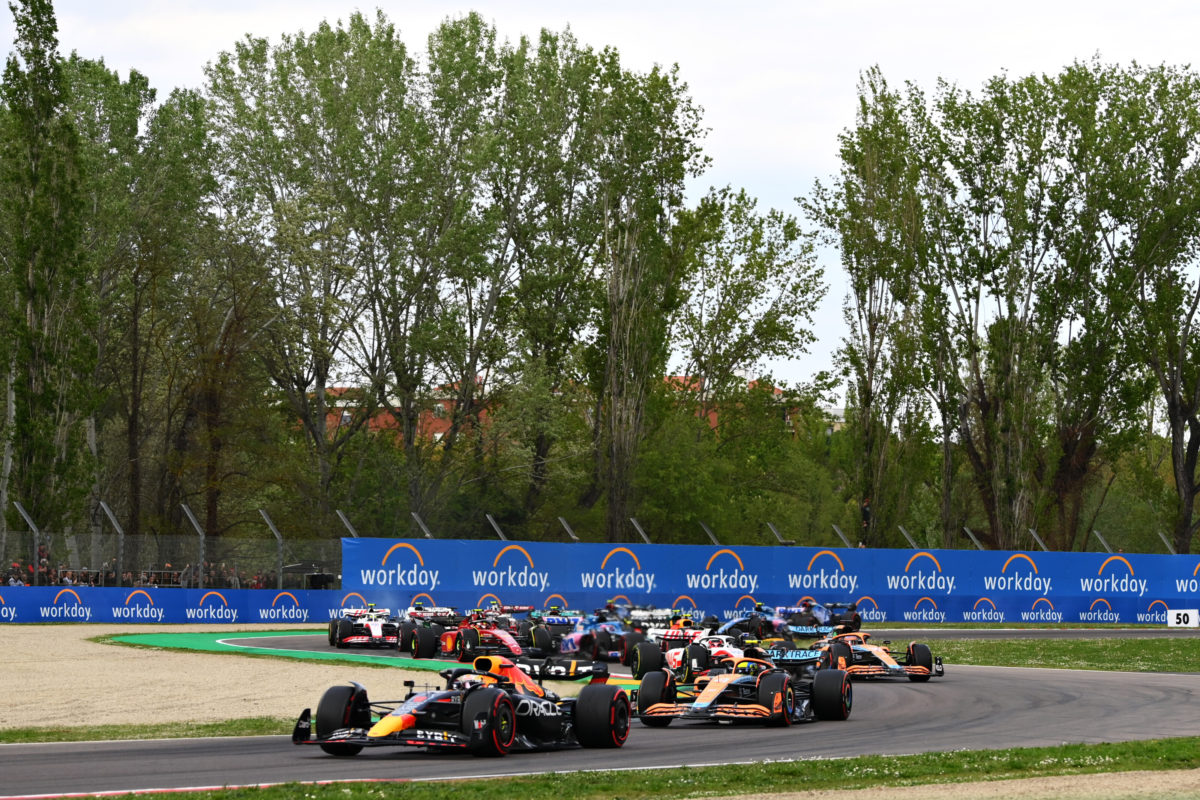 Consensus among Formula 1’s current crop of drivers is that the new rules introduced to help them follow have done the job.

Sweeping aerodynamic changes this year have seen a reduction in the downforce generated by bodywork in the airstream, with a reintroduction of ground effects for the first time since 1982.

It was done in an effort to clear up the dirty air behind cars, while simultaneously making them less sensitive to aerowash in the hope it would allow cars to follow, and therefore pass, more easily.

And while not all of the four races this season have been barnstormers, for the most part it’s fair to say from the sidelines that the product is better.

That’s certainly the view of team bosses, with the drivers too now expressing their belief that the new rules have had a positive effect.

“I think certainly we are able to follow closer,” said Red Bull’s Sergio Perez in the lead-up to the Emilia Romagna Grand Prix.

“I think racing has improved, I think we’ve had good racing up to now but as well we’ve been to circuits that generally has good racing.

“I’m happy with these regs, and I just feel like we are all learning from them at the moment, all the drivers, all the teams, no one is 100 percent yet, so there is still a lot of improvement that will be done.

“We are all figuring out how to race the best in these conditions but certainly racing is different to before.”

Lando Norris added: “There’s a lot of evidence so far that things are [going] in the right direction.

“I don’t know if it’s hit all exact numbers and whatever that has been, but it’s been made to have better racing, closer racing, more overtaking.

“I think every race you’ve had so far has been exactly that,” he added.

“What they’ve done is good, I think it’s been a good show so far, there’s been a lot of racing, has shaken the order up a bit and so on.

“I think the reason for changing everything and doing what they’ve done has worked, so I think it’s a good job.”

While agreeing fundamentally, Fernando Alonso was more reserved in his appraisal of the new rules.

“I agree with all the comments, but maybe a little bit more negative on some others,” he said.

“It’s easy to follow cars, for sure. Aerodynamically I think we don’t lose as much downforce as before, but the tyres is still an issue to follow cars.”

Along with the aerodynamic rules, new 18-inch wheels have been introduced for 2022.

That has forced Pirelli into developing new tyres, which it tested throughout 2021 with ‘mule’ cars – older-spec cars modified to simulate the expected downforce levels seen this year.

There is no doubt room to improve, though feedback elsewhere in the paddock has suggested that the tyres are less temperature-sensitive than previously.

On top of the revised tyres and aero regulations, DRS has remained a strong ally when it comes to overtaking.

The rules were designed with a view to, in future seasons, removing the system from cars, though on current evidence, even in its slightly diminished state this year, it has proved a necessity.

That was evidenced in both Bahrain and Saudi Arabia, where Max Verstappen and Charles Leclerc used it while battling for the lead.

It was less impactful in Australia and Imola, though both venues have traditionally produced more processional racing, while the fourth DRS zone at the former was removed after Friday practice, further limiting its potential impact.