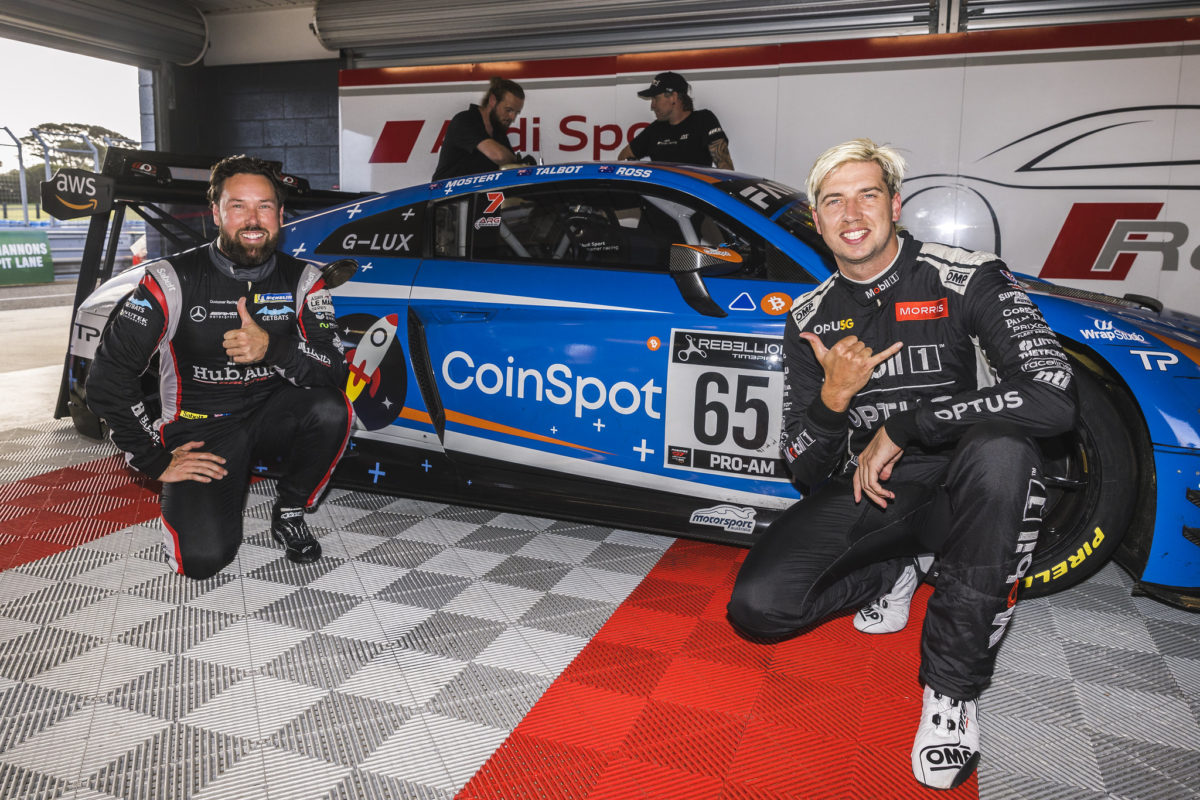 However, rather than tackling the upcoming Mount Panorama enduro together, each will spearhead one of the Audi R8 LMS GT3 evo II entries, three of which driver line-ups have now been announced for via the event’s official website.

Mostert will contest the Pro-Am class with Liam Talbot and Fraser Ross in a CoinSpot-backed #65 R8 which will be run by his regular Supercars engineer, Adam De Borre.

Holdsworth will partner Dean Fiore and Marc Cini in the Pro-Am #9 Hallmarc entry, while the #47 Supabarn Supermarkets car will be driven by David Russell, Paul Stokell, and brothers James and Theo Koundouris.

Mostert is already a race winner in the #65 entry, filling in for Ross in Round 1 of Fanatec GT World Challenge Australia Powered by AWS at Phillip Island in March.

All have credits in the Bathurst 12 Hour to their name, Mostert scoring the Allan Simonsen Pole Position in 2018 in a BMW, Talbot winning the Am class in 2017 in a Porsche, and Ross taking Silver honours in 2020 in a McLaren.

“It’s exciting and I feel like it’s our best shot at winning the event this year,” said Ross.

“Chaz and Liam had a great round at Phillip Island in the new-specification car, and I got some laps at Albert Park [in ride sessions at last month’s Australian Grand Prix] so we’re very confident with the package.

“It’s the best possible team to go to the Mountain with. I don’t think I’ve ever been more excited to get to the track given we have a real opportunity to challenge for a Bathurst 12 Hour victory.

“The Audi team are the best around and drawing Chaz and Adam to the team is proof of that. Massive thanks to Coinspot, Dutton Garage, Dutton One and the rest of our partners for making it happen.”

The Holdsworth/Fiore/Cini combination is hardly new either, with that trio driving together in the most recent, 2020 Bathurst 12 Hour in an Audi.

Cini has finished as high as fifth outright in his nine starts in the race, while Fiore has five starts and Holdsworth seven.

Car #47, which has been entered in the Am class, also boasts a podium finisher from last year’s Bathurst 1000 given Russell finished third as co-driver for Brodie Kostecki.

He also put a Lamborghini on the front row of the Bathurst 12 Hour in 2015, while Stokell is a three-time Australian Drivers’ Champion.

As for the Koundouris brothers, this will be their seventh time driving together in the once-around-the-clock enduro, in which they won the GT3 Am class in 2018 and Class B in 2015.

Team principal Troy Russell said, “The first half of our 2022 Bathurst 12 Hour squad is fantastic.

“The shift to the Pro-Am regulations this year gives opportunities to people who might not have the chance in ‘usual’ years and they have all grabbed it.

“Each car has a really strong group of drivers, both from the ‘Am’ component and to the Professional drivers who have joined in. These are three strong, very balanced cars all of whom can compete for a strong result.”

The remaining three combinations from the Audi Sport team will be announced later this week, which the event takes place on May 13-15.