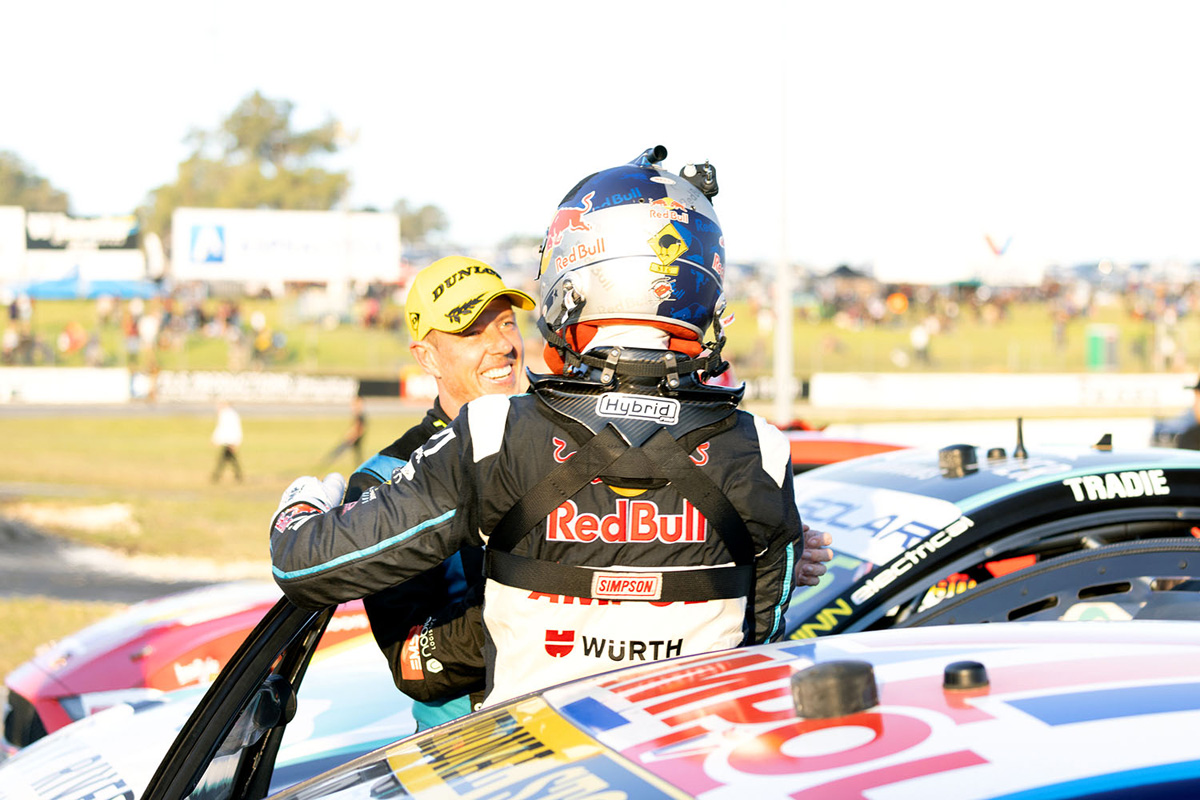 Shane van Gisbergen has recounted how a misread of the situation in Race 12 yesterday inadvertently fuelled hopes of a drought-breaking win for James Courtney.

Having found a way past Will Davison – who he’d battled for the entire opening stanza – soon after the pit stop cycle, van Gisbergen thought he had taken the effective lead of the race.

That mantle however actually belonged to Courtney, who had made use of an early tyre stop.

Unaware that Courtney had in fact already made his pit stop, van Gisbergen cruised around for many laps before getting the hurry-up.

“I just misread the race a bit there,” admitted the championship leader.

“Like after eight laps daylight was third and Will and I were cruising along.

“I didn’t realise James had pitted; when I came out I think James and Chaz [Mostert] were battling and then Chaz pitted so I was waiting for James to pit.

“I passed Will and then I was just trying to overheat Will and manage Will and couldn’t see anyone behind and didn’t realise.

“They did tell me he was the leader but I thought he still had to pit, so I just stayed at two seconds, made sure I had clear air… and then they were like ‘na, he’s already pitted’.

While the pilot of the #97 Red Bull Ampol Racing Commodore might have been mixed up for a period, Courtney was fully aware of his position in the race.

“I knew I was the leader and was loving it,” he smiled.

“I was waiting for him to come and I was like ‘gee, maybe I have got this thing’. I was pressing along and I could hear the excitement in my engineer [Sam Scaffidi]’s voice, he was like ‘they’re not catching!’

“And then all of a sudden you realise they’ve caught up. But it’s good to have a bit of free air and great strategy call with Scaff.”

While a first Supercars race win in more than six years eluded him, Courtney was able to hold onto second place and has now moved into the championship’s top 10.