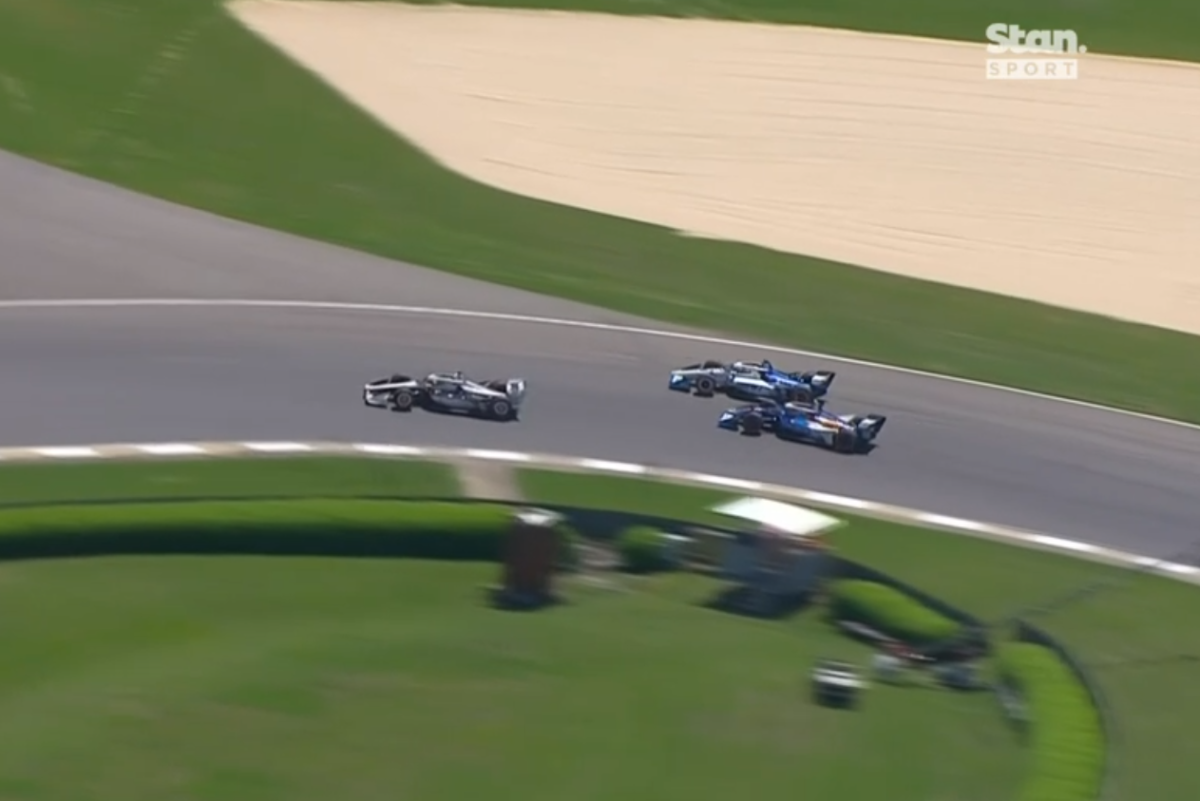 Graham Rahal was furious after what he believed were two deliberate hits from Romain Grosjean in the final laps of the IndyCar race at Barber Motorsports Park.

Grosjean twice banged into the #15 Rahal Letterman Lanigan Racing entry when he had a dive at the Spider left-hander (Turn 5/Turn 6) on Lap 87 of the Grand Prix of Alabama.

Rahal held seventh position then, although he had to give it up on the 90th and final lap as his Honda-powered car ran very low on fuel.

He insisted that he could tell from the view in his mirrors that the Andretti Autosport driver had run into him on purpose, and cited television footage as evidence.

“When I can look in the mirror and see that his head is directed this way, when the track is going this [opposite] way, it’s pretty self-explanatory,” fumed the six-time IndyCar race winner as he observed replays on Peacock.

“I gave him room. I was trying this outside move on Scotty [McLaughlin] the whole time, so I knew Romain was going to divebomb me, because I’d already been warned, that’s what he’s doing.

“But look, we’re already straight there [as they exit the complex]; why are you turning into me? And your right-front is at my left-rear; there’s no excuse for that.

“Here, look at him, just releases the car [steering] to hit me, and then here again, boom! We’re straight. Look at that, look how much room he has.

“Look at that, look how much room he has, and then here we’re straight, and hits me again.”

Rahal argued that Grosjean had developed a reputation for himself in Formula 1, and was doing the same in IndyCar.

“I’m just frustrated because this isn’t the first time,” he stated.

“At St Pete, he hit everybody he could hit; we come here [and] he hit [Alexander] Rossi, he hit [Colton] Herta, he hit me.

“At some point, we’ve got to clean up our act.”

Asked then if Race Control should take action, Rahal was non-committal, but did imply that the incidents were not being policed consistently.

“I won’t name, but as another driver in the series told me, you can’t teach an old dog new tricks,” said the Ohio native.

“But when we go and punt him, they better not do anything to me, which in the past, I’ve been penalised for a lot less than that.”

Grosjean had been accused of being “reckless” by Takuma Sato when he shunted his fellow former Formula 1 driver in a practice session in Event 1 of the season at St Petersburg.

The Frenchman cited a lack of yellow flags then and reasoned his latest incident was just a case of “hard racing”.

“We touched a couple of times, but it was good racing,” said Grosjean on the television broadcast.

“It was tough out there; Barber is a very good track but very hard to pass [on], especially when you are in a train.

“If the guy in front of you doesn’t have anyone in front, then you can try a different line, but they were all in line so it was quite tricky. 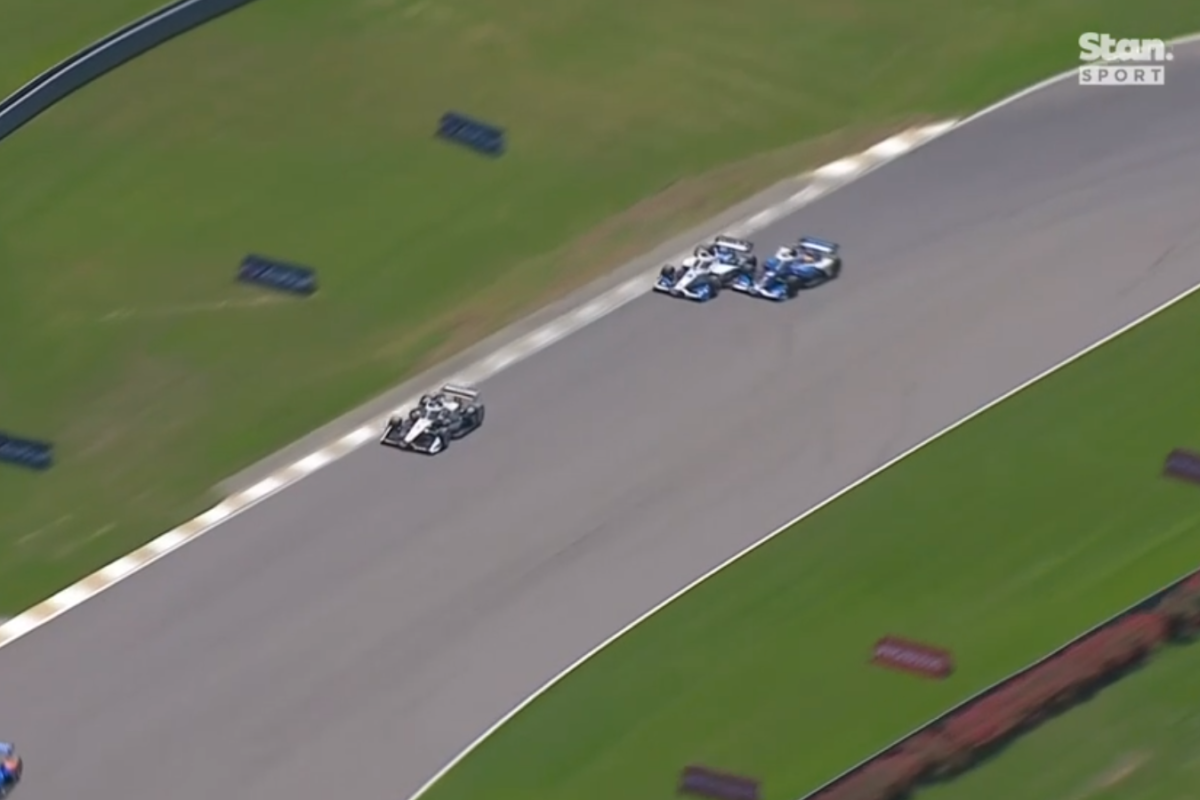 When pressed about whether he had aimed for Rahal, as was the imputation of the above comments, Grosjean claimed he had not.

“No, I think it was just hard racing,” he responded.

“There was a bit more grip on the outside line, so I was a bit deep in the corner, but it was a gentle touch and it was okay.”

Rahal did make the chequered flag in eighth, but his fuel shortage had forced him to meekly hand over a position on the final lap to none other than Grosjean.

“I’m excited for the future of our team; I’m just disappointed to have to let him by on the last lap,” he remarked.