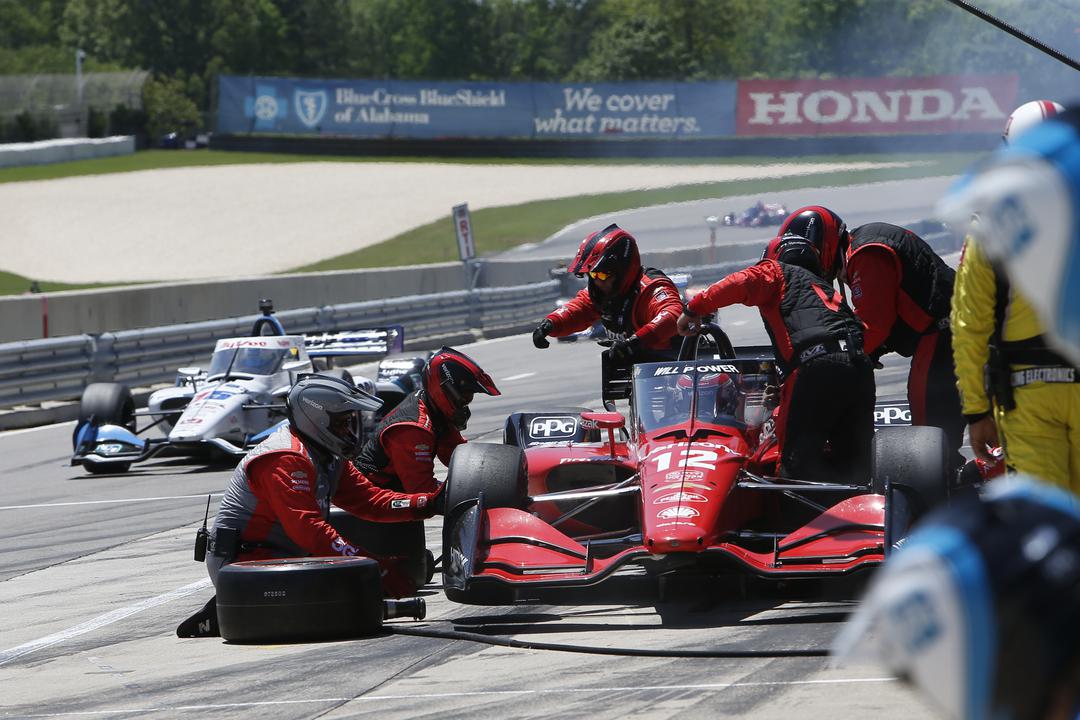 Will Power was “really stoked” to finish fourth in the Grand Prix of Alabama after qualifying 19th for the fourth race of the IndyCar series.

Power started the 90-lap race around Barber Motorsports Park on black tyres but washed out in 10th position once a Caution just after his opening pit stop essentially put the two- and three-stoppers back on the same strategy.

On reds thereafter, Team Penske driver gained a handful of positions early in his second stint, and sat sixth once the second pit stop cycle completed on Lap 64.

He then picked off team-mate Scott McLaughlin on Lap 68 and Chip Ganassi Racing’s Scott Dixon on Lap 75, at the Spider (Turn 5/Turn 6) on both occasions, and would take the chequered flag less than three seconds shy of the podium.

“I thought I needed to take advantage of those reds early so I did my best to get by those guys as soon as possible, but yeah, Turn 5 seemed to be my spot; kind of go for the big divebomb down to first gear,” said Power.

“But, really stoked to get the Verizon Chevy up to fourth. I really didn’t expect to be that far up.

“We were hoping for a top 10, that’s what we talked about in the strategy meeting, but the good thing is, when you don’t qualify well, you have good tyres.

“So, we had good tyres for the end there and we had pretty good pace, so great strategy by the team, and just a good effort all-round, really solid day.”

McLaughlin finished sixth while Penske’s other driver, Josef Newgarden, lost the series lead when he could only muster a 14th.

After a third placing to start 2022, Power has finished fourth for last three races in a row, and continues to hold the same spot in the standings.

CGR’s Alex Palou, the 2021 champion, is now on top of the points table despite still chasing his first victory of the season, but he too has been a consistent presence with three podiums in four races and a seventh in the other.

Power noted that the Month of May could well shake up the order.

“When you’ve got guys like Palou, who is just there every single race…” said the Queenslander.

“I mean, he’s as solid as a rock, and obviously my team-mates as well, so it is very tight at the front.

“It’ll be very interesting coming out of May. You’ve got that double points race with the [Indianapolis] 500 and that can make or break you because you’ve got 33 cars in the field, so if you have a DNF there, that’s a huge hit on double points, so [I’m] certainly aiming to get that right.”

The next event is the Grand Prix of Indianapolis, on May 13-14 (local time), with that race available live and ad-free on Stan Sport.