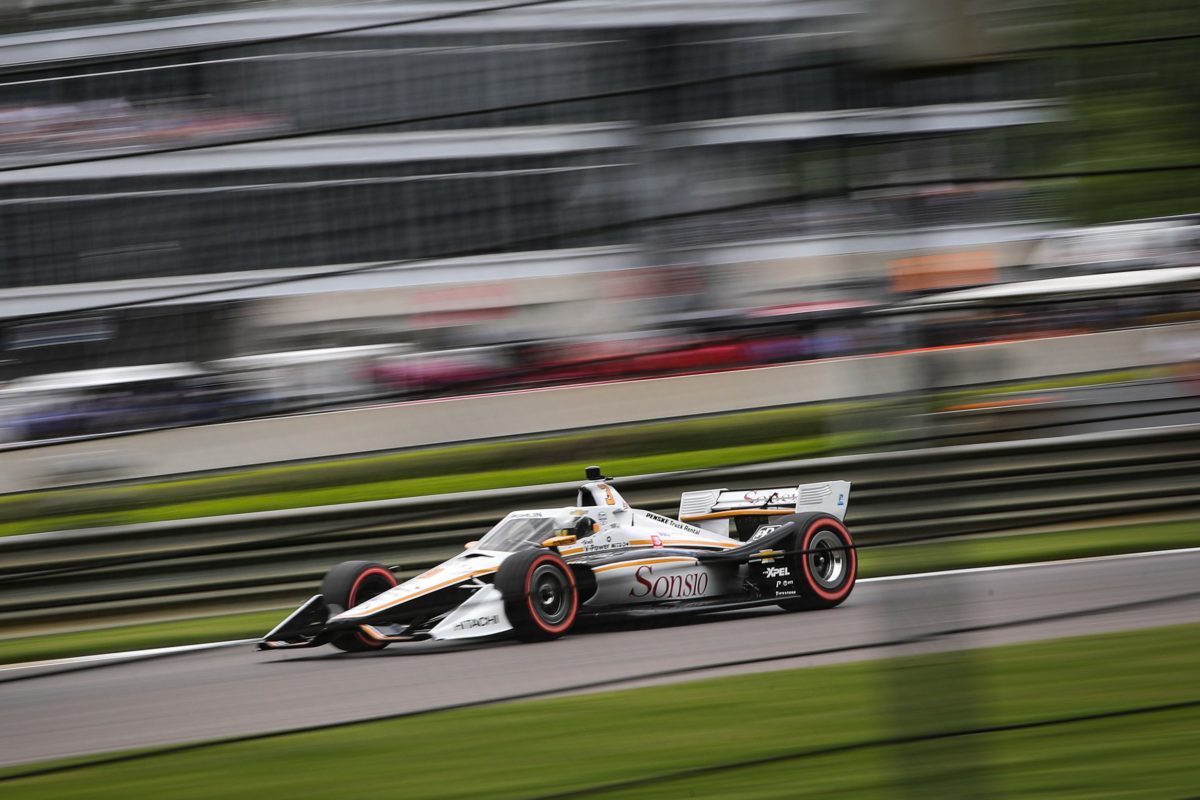 Scott McLaughlin says he achieved his main goal despite slipping from a long-time podium position to sixth in IndyCar’s Grand Prix of Alabama.

The Team Penske driver ran a two-stop, red-black-black tyre strategy at Barber Motorsports Park and that proved to be the goods considering each of the eventual podium finishers, and several others, did likewise.

McLaughlin looked a solid chance of standing on the dais for the third time this season given he held third spot through his first and second stints, having qualified fourth and gained a position at the start.

It was through the second pit stop cycle that the #3 Chevrolet dropped two spots, to Chip Ganassi Racing drivers Scott Dixon and the man who would go on to finish runner-up, Alex Palou.

Even then, McLaughlin quickly got back ahead of Dixon, who had merged onto the race track just ahead in the effective battle for fourth after a Lap 62 stop, when he rounded up the six-time champion next time they arrived at the Turn 5/Turn 6 left-hander.

However, he handed the position back almost immediately when he sprayed through the grass at the Museum complex, and would ultimately finish sixth after being passed by red-shod team-mate Will Power, who started 19th, on Lap 68.

For the early season series leader, however, it was not a particularly bitter pill to swallow.

After his victory at St Petersburg on the first weekend of the 2022 campaign, McLaughlin had identified a mean finishing position of seventh as a key marker, given Palou won last year’s title with a 7.31 average.

He reiterated that at Barber Motorsports Park.

“I thought it was pretty solid,” said the 28-year-old.

“Our goal all year is to be top seven, just to continue getting those points.

“We didn’t lose one place, we just didn’t gain any points.

“But at the end of the day, I felt like we had a pretty solid start running third there, I probably could have saved a bit more fuel in the middle of the race maybe to cover Dixon and Palou, and then I made my own mistake that I managed just to hold on.

“It was a bit of a rallycross, Donkey Kong-style, it was crazy.”

To that point, he is closer to the series lead than he was upon arrival at Barber.

With Josef Newgarden’s bad afternoon in the #2 Penske car, Palou took over top spot on the points table, and McLaughlin remains second, but three points behind the leader instead of five.

McLaughlin also thought he might have been able to re-pass Dixon, if not for the nature of the circuit they were racing on.

“I managed to get past Scotty on the exchange into Turn 5 around the outside there and then unfortunately a made that mistake,” he recounted.

“But we had his measure towards the end, but just very hard to pass once the tyres got old and I was trying to defend, myself.

“I had a fair bit going on, and had a bit of a Trulli train going on behind me.”

Next up is the Grand Prix of Indianapolis on May 13-14 (local time), with that race to be streamed live and ad-free on Stan Sport.