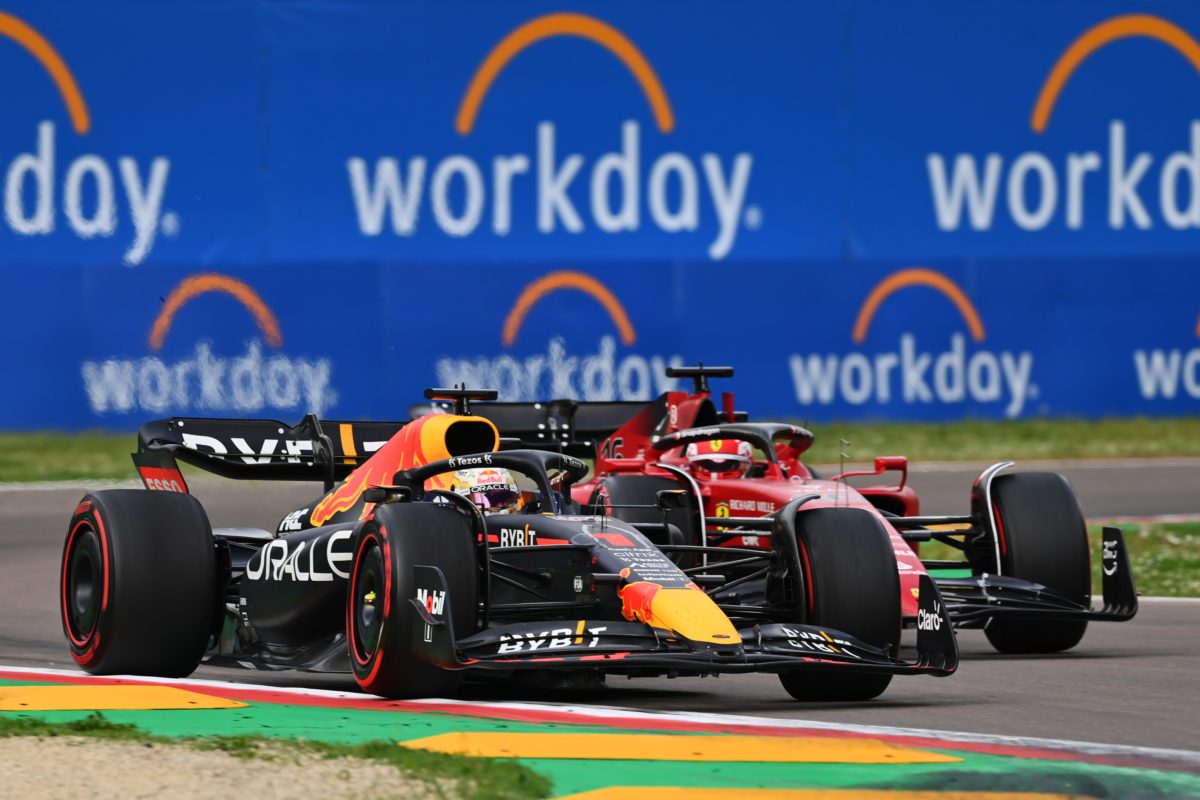 Christian Horner predicts Red Bull and Ferrari will be locked in battle for the balance of the 2022 Formula 1 championship.

The latter opened his account in Saudi Arabia after a fuel system issue forced him into the garage in the closing laps at the season-opener in Bahrain.

Another reliability issue in Australia left the Dutchman without points in an event dominated by Leclerc, the Ferrari driver seemingly enjoying a half-second advantage at the head of affairs.

Last time out in Imola, the needle swung in favour of Verstappen who claimed pole, Sprint Qualifying, the race win, bonus point for fastest lap, all while leading from lights to flag in the grand prix.

Championship leader Leclerc spun in the closing stages as he pursued Sergio Perez for second, falling to ninth after stopping for a new front wing before recovering to sixth.

“I think it’d be, again, horses for courses,” said Horner, whose team comes off the back of a similar battle between Verstappen and Lewis Hamilton for last year’s world championship.

“I think that Ferrari’s got a great car, they’ve got great drivers.

“They’ve been unlucky at [Imola] but for sure they’re going to be super competitive in [Miami].

“I think it’ll be like that for the whole season.”

The Red Bull boss put his team’s superiority on race day in Imola down to tyre performance, suggesting Leclerc experienced graining on the front axle.

“That just gave us the upper hand and I think [we were] able to manage the race perfectly,” he said.

However, that claim was refuted by Ferrari’s Mattia Binotto.

“I think in terms of tyre management, if we are not being strong enough, it was happening yesterday in the Sprint race,” Binotto said following the Emilia Romagna Grand Prix.

“I think that, if I look at today, I don’t think it was really the case.”

Ferrari left Imola with just 20 points versus the 58 scored by Red Bull, the gap between the two squads now just 11 points in the constructors’ championship.

F1 heads to Miami next, where Ferrari will have a small upgrade package for its car. Opening practice begins on Saturday morning at 04:30 AEST.