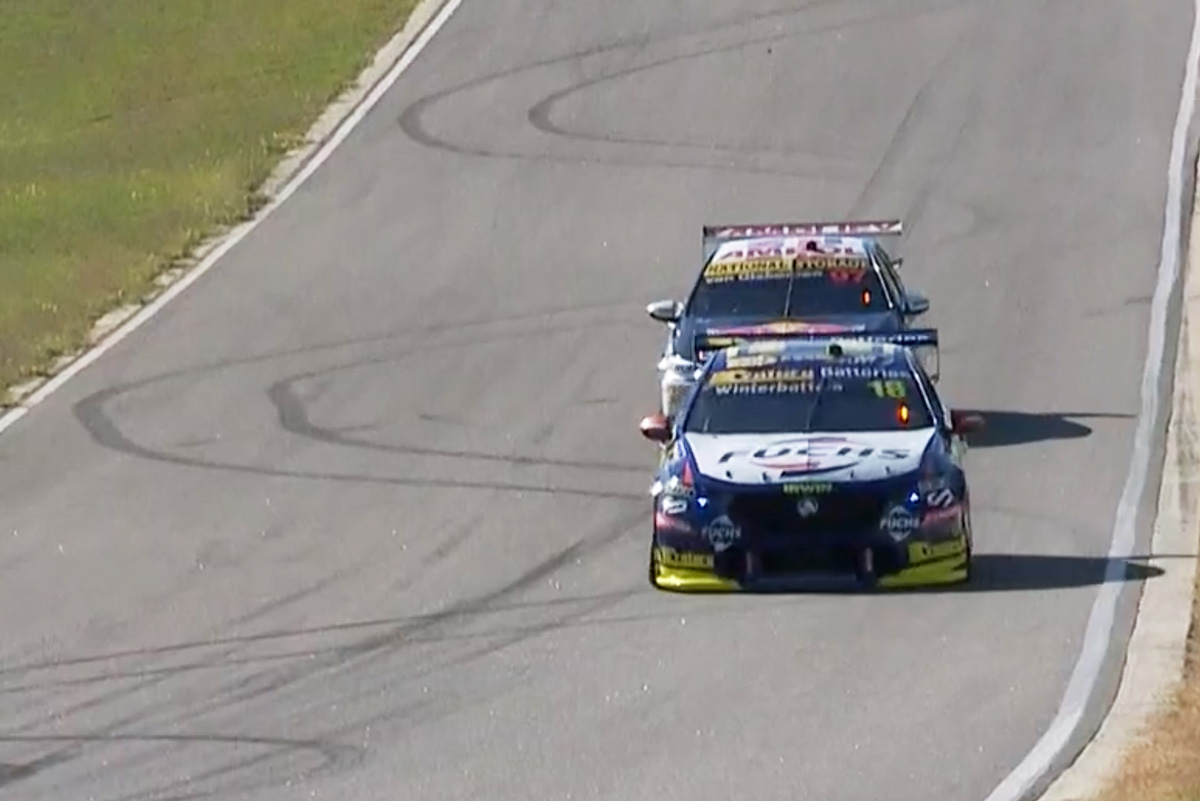 Mark Winterbottom has conceded he was at fault for impeding misdemeanours with both Red Bull Ampol Racing Commodores in Qualifying for Race 11 this morning at Wanneroo Raceway.

Winterbottom was almost collected by Broc Feeney on the run to Turn 7, the #88 driver forced to take evasive action, before getting in van Gisbergen’s way in the middle of the final corner just moments later.

The incidents contributed to Triple Eight Race Engineering locking out the sixth row of the grid, while Winterbottom was relegated to last with a three-place grid penalty for the incidents.

“It’s just shit really… you’re first gear and then I don’t even know who’s coming and then all of a sudden you’re doing like 40km/h and at 260km/h there’s blokes catching you, so I have no idea where they were,” said the frustrated Irwin Racing veteran.

“It’s my mistake but we’re first gear trundling along, we need to get going and respect what they said in drivers’ briefing.

“Anyway, I stuffed them over and I can’t change now, it is what it is.”

Even after that van Gisbergen admitted he was “still angry with Winterbottom”, but pleased to have reacted to the last-ditch carnage in first qualifying by running earlier in the second session.

“It’s a shame… they were pretty strict on it in briefing so hopefully they have penalised those guys but it is what it is, it doesn’t get our spots back.”

Race 11 presents an opportunity for a new driver to enter the 2022 winners’ circle, van Gisbergen and Chaz Mostert having won all 10 races to date between them.