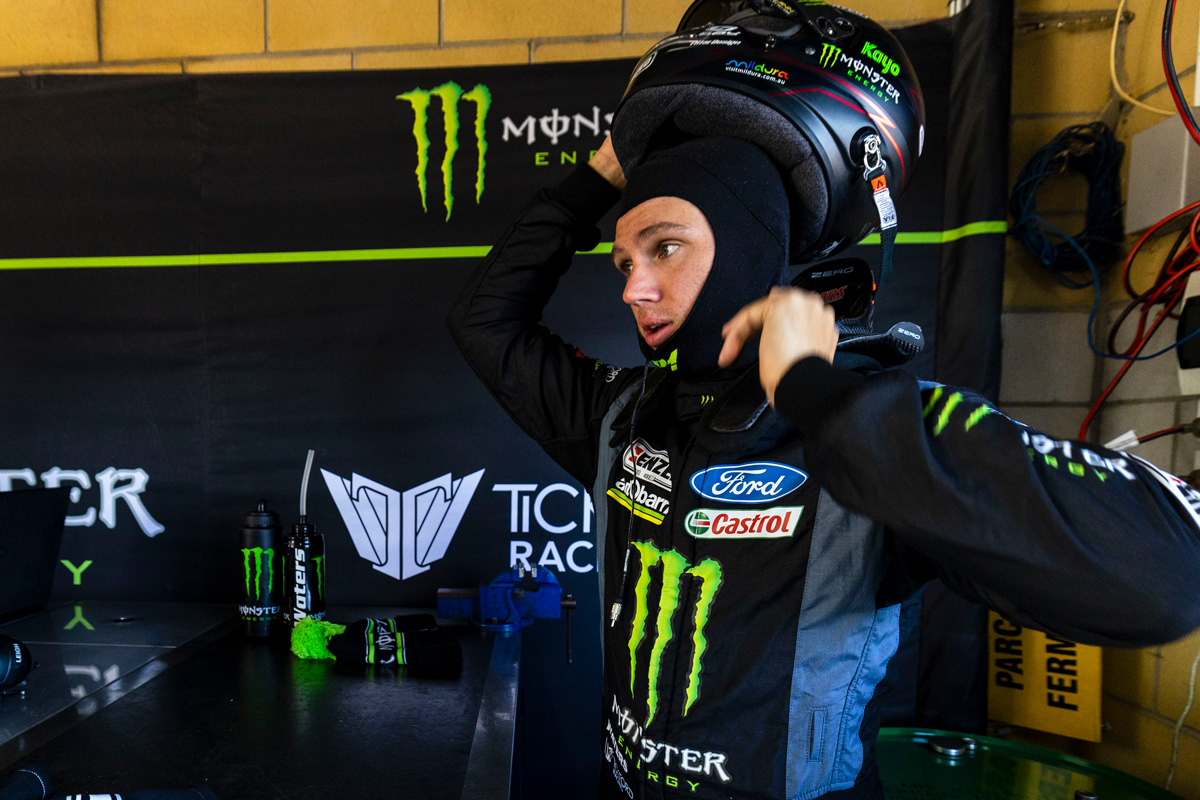 Cameron Waters has cut a furious figure after a five-second penalty cost him victory in Race 11 at the Bunnings Trade Perth SuperNight.

The Tickford Racing driver effectively led for the entire 46-lapper having beaten pole-sitter Will Davison to the first corner.

Even after a red flag stoppage to conduct track repairs following Scott Pye’s mammoth crash, Waters was comfortable at the head of the field until the Shell V-Power Racing Team brought in their #17 driver for a shot at the undercut on Lap 24.

Waters pitted a lap later and emerged ahead, although Davison had closed to within striking distance and launched an impressive dive down the inside at Turn 7.

Following some mid-corner contact, Waters ran wide and accelerated around the outside of the kerb and back into the lead – drawing the ire of Davison over the radio.

Soon enough, Waters was whacked with a penalty, five seconds hanging over his head to be added at the end of the race.

A Safety Car brought out by Will Brown stopping on track made matters worse, bunching up the field for the run home.

Waters crossed the line first but was relegated to fourth behind Davison, Anton De Pasquale and Andre Heimgartner.

A clearly emotional Waters stormed out of his #6 Monster Energy Mustang, sharing a glimmer of his frustration when approached by Supercars presenter Mark Larkham.

“First of all, I wouldn’t have been out there if I didn’t get doored, but I’m all for hard racing, I love that part of it,” Waters said.

“I have been racing for years, everyone has been doing that and no one has ever got a penalty for it, I’m the first one.”

“It’s bullshit. Clearly Will [Davison] drove him off the track,” he said.

“We’re always going to have a difference of opinion, but there’s two sides to that. He should not have got a five-second penalty, it’s bullshit.”

Waters will start sixth in the third and final race of the weekend at Wanneroo Raceway, beginning 15:45 local time/17:45 AEST.