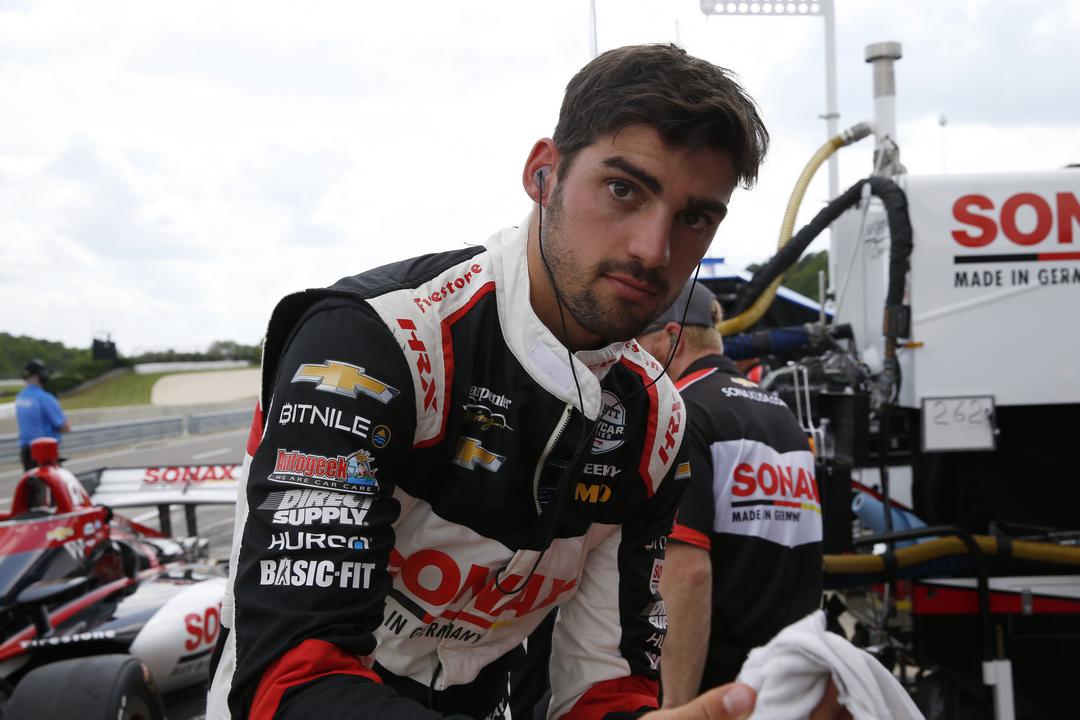 Rinus VeeKay has grabbed a second pole position of his IndyCar career by topping qualifying for the Grand Prix of Alabama.

Neither of McLaughlin’s team-mates made the Fast Six, with series leader Josef Newgarden seventh but Will Power not even close to getting out of the first group of qualifying.

He is set to start from 19th in the #12 Chevrolet, while Chip Ganassi Racing’s Scott Dixon also failed to make it past the first round.

The Fast Six was a case of divergent strategies, with O’Ward opting to go for back-to-back flyers at the start.

Alexander Rossi qualified fifth on a 1:06.5549s, but that was something of an achievement given Andretti Autosport had to rebuild the back end of Car #27 in less than three hours after he crashed heavily in Practice 2.

He will share the third row of the grid with the other McLaren SP Chevrolet, that being the #5 entry which Felix Rosenqvist took to a 1:06.6410s.

Back in Round 2, Newgarden (Penske) was locked into seventh position and Romain Grosjean (Andretti) into eighth, but the big story was the Colton Herta crew gambling and losing on strategy.

Herta (Andretti Autosport w/ Curb-Agajanian) was fastest after the first runs but was the last to leave his pit box again for a crack at Barber on red tyres.

He had been shuffled back to 11th when Marcus Ericsson (CGR) got himself stuck in the gravel and triggered a red flag.

The Swede was stripped of his fastest lap as a result and while he therefore dropped from ninth to 12th, Car #26 is still relatively buried in 10th at a circuit where passing is very difficult.

Earlier, a disrupted second practice session helped to mix up the results, with the knock-on effect that Group 1 of Round 1 of qualifying was stacked with talent.

Dixon came up 0.0362s shy of making the cut, and will start 13th, but Power’s session was an utter shocker.

He was 12th when the chequered flag came out, after which he set a 1:06.7775s which was still three quarters of a second slower than the benchmark in that group, achieved by team-mate McLaughlin.

It meant Power ended up 10th-fastest in the group and thus 19th on the grid, while Takuma Sato (Dale Coyne Racing w/ RWR) qualified 17th overall after an off at the Museum corner.

Group 2 contained fewer surprises, although Helio Castroneves (Meyer Shank Racing) could not make it out and is consigned to a starting berth of 16th.

He spun into the fence exiting Museum, although whether he would have completed that lap and made it into the top six is questionable.

That is because the Brazilian’s incident coincided with a separate one for David Malukas (Dale Coyne Racing w/ HMD Motorsports), who triggered a final-minute red flag when he careered into the barriers off the Turn 14/Turn 15/Turn 16 sweeper.

Stan Sport’s live and ad-free coverage of that 90-lapper kicks off on Monday at 03:00 AEST.