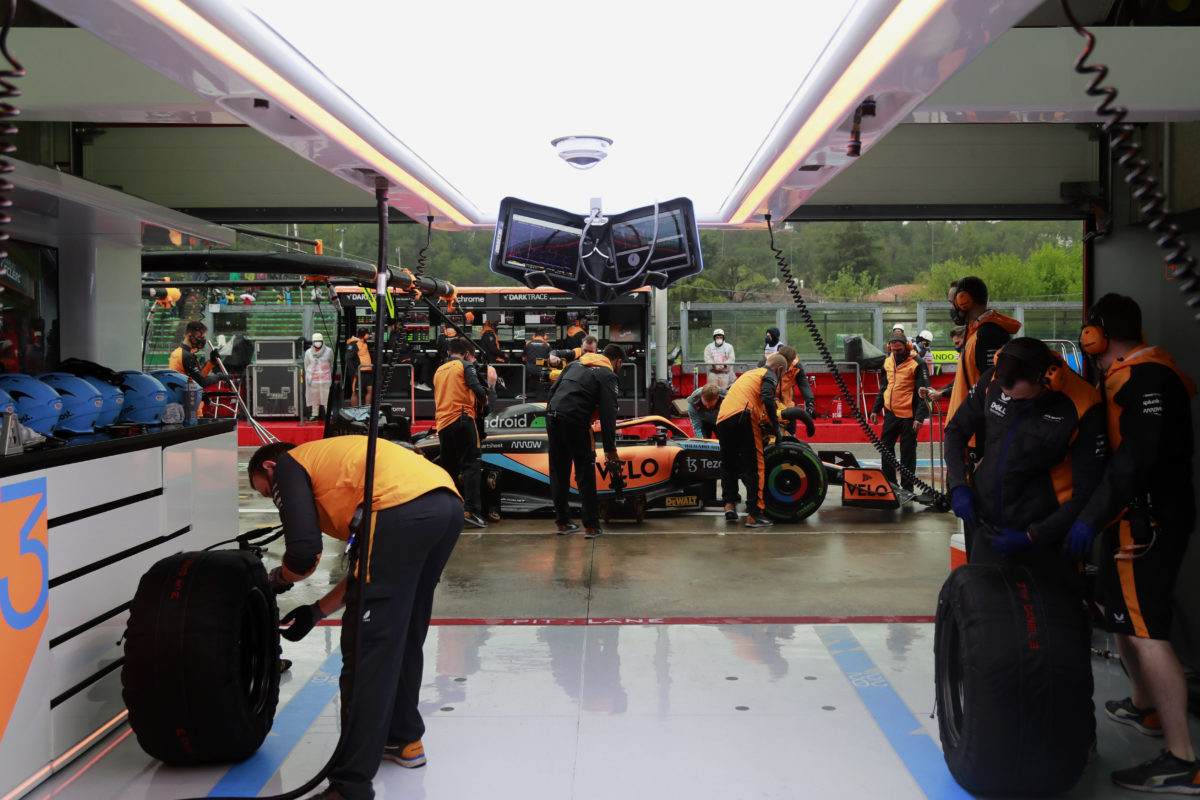 Teams want to work through another handful of events before taking stock of the impact of Formula 1’s new weekend schedule.

Officially, events for 2022 have been trimmed to three days instead of four.

That has seen a number of traditional activities squeezed into a shorter period, with the broader hope of easing the workload on the travelling circus.

However, drivers have argued that it has in fact had the opposite affect, with Thursdays no shorter despite not being an official day, and Fridays having extended given their media commitments plus on-track sessions.

But while the drivers have been critical of the revised tempo to F1 events, their employers want a few more races under their belts before even considering any changes.

“Obviously, when you’ve got such a change, I think you need to go through the experience and judge it after a few appointments and few events,” reasoned Ferrari team principal, Mattia Binotto.

“I think certainly we can try to collect the feedback and together with FIA and F1 Commission, we can certainly try to discuss and try to review if there is anything that we can do to improve.

“But I think it doesn’t mean that it implies that we need to change.”

McLaren’s Andreas Seidl suggests perhaps what the paddock is currently experiencing is a result of the new regulations, as teams come to grips with all-new machinery.

Given time to bed in, he suggests the workload may decrease and the need to be at the track as early as teams currently are may subside.

“From my point of view, we still should make two or three more races until everything has stabilised a bit more,” he said.

“But just look at our side and I’m looking more at the garage side of things, was pretty hectic because of the issues we all were also having.

“And it was quite a challenge to work to [these] new deadlines, shorter curfews, car cover on, and so on.

“But at the same time, we need to accept that it was brand new cars, completely new cars, no carryover compared to previous years, so to a certain degree you would also expect that the first weekends would be more challenging anyway.”

It’s an opinion broadly shared by Haas boss Guenther Steiner, whose team is a customer of Ferrari.

“I think we have to sit down and see what works and what doesn’t work,” he ventured.

“As I always say, you have to do it and then see what you can do better.

“I think some things are better, some things maybe are not as good, so I think it needs a bit of discussion and then maybe we have to readjust it.

“But in general, I think it’s not a bad thing what we are doing, but we need to look into it, how we can make it even better and to make the savings, you know time, work for everybody even better.”

While the new cars have presented additional workload, Seidl has suggested there are already staff who are benefitting from the revised format, highlighting the likes of communications and marketing roles.

“For some people in the team makes a difference, definitely,” he said.

“I think everyone is, that will be my judgement, is still quite on the conservative side as well, making sure you still arrive rather on the earlier side to make sure you’ve got everything covered,” he added.

“So I think we need to wait until if everything is a bit more stabilised, until everyone really tries to explore the benefits of the different schedule and then judge. Purely speaking from operational side.”

Seidl’s comments are at odds with the opinion of some within the paddock, who fit the roles the McLaren boss described, arguing they are still required at the track on the Thursday.

Furthermore, other aspects of the weekend, such as track walks, cannot be done on Friday once the event formally starts, meaning drivers and engineers all need to be at the venue a day before the weekend formally begins.

Williams’ Jost Capito revealed the subject of the new schedule was raised at a dinner between team bosses and F1 officials over the Emilia Romagna Grand Prix.

“That came up a bit in discussion and said we should do it a couple of more races, and then discuss together and analyse what’s better, what’s worse, and then make changes if we think we can do better,” Capito said.

Aston Martin’s Mike Krack was absent from the dinner, though suggested the issue is of lesser importance.

“It’s never easy to make a schedule that it suits to everybody,” conceded Krack.

“So I think we’re all paid to do a job and everybody tries as best as he can to accommodate.

“We wait a couple of races and adjust when needed. But yeah, I think it’s a secondary priority.”

There is however an acceptance within that, with a 23-event calendar for 2022, that the workload needs to be managed and trimmed back where possible.

“If you look at the overall schedule of calendar and number of races, I think it’s important still to try to reduce the length of the weekend and that was the attempt, and I think that was an important attempt,” Ferrari’s Binotto said.

“If I look at the mechanics, certainly they are resting more today and, for us, that’s a key element.”