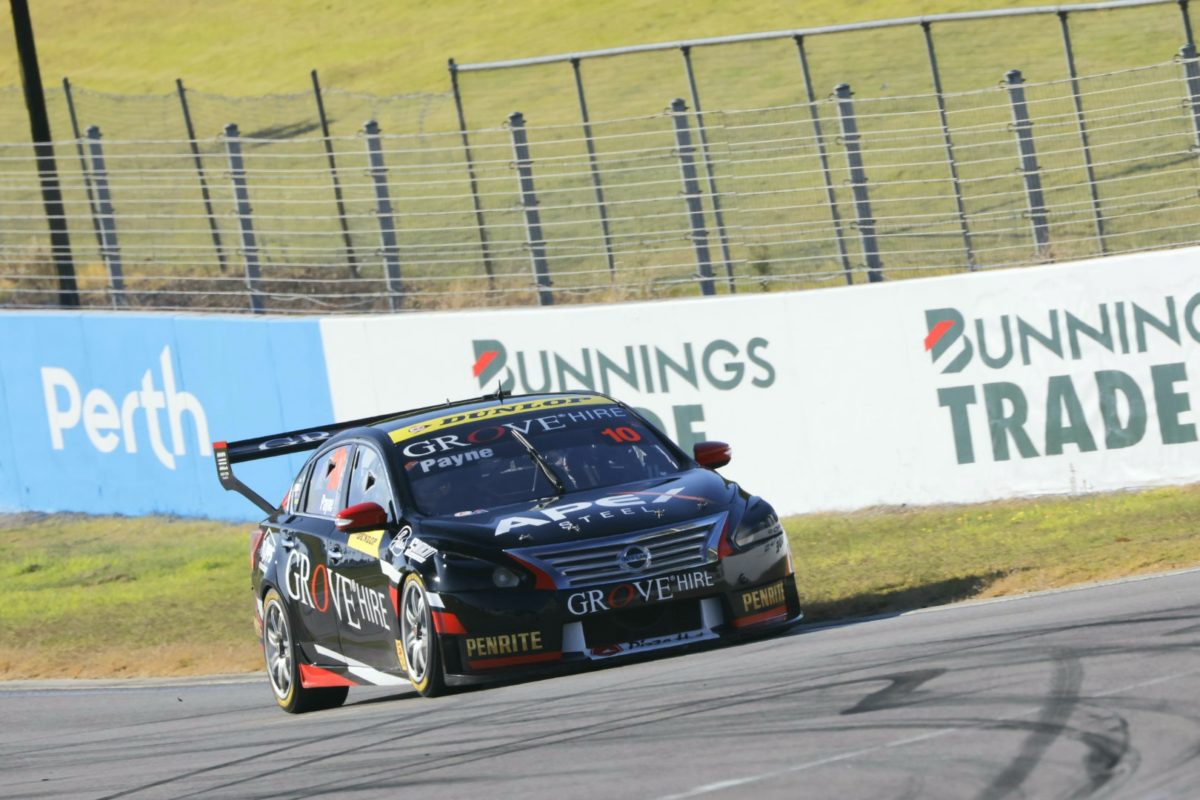 Matt Payne has secured a Perth pole double in the Dunlop Super2 Series after topping Qualifying for Race 2 at Wanneroo Raceway.

The Grove Racing driver heads up an all-Nissan Altima top three on the starting grid for this afternoon’s 26-lapper, ahead of MW Motorsport team-mates Tyler Everingham and Thomas Maxwell.

When the Super2 field started their 10-minute qualifying stanza, it was Everingham (#27 Nissan Altima) who bolted to a 0:55.3403s, faster than Payne had gone in a red flag-affected session on the day prior.

Triple Eight Race Engineering’s Cameron Hill (#111 VF Commodore) went second with a 0:55.5199s on his second flyer, before the track went quiet and crews regrouped for their second runs.

However, Payne, who climbed into the series lead by winning Race 1 on the evening prior, was able to punch out a 0:54.9245s and knock all three of them off their respective perches.

Everingham had one more improvement left in him before the chequered flag flew after 10 minutes of track activity, but the 0:55.1486s which he set was academic in the final outcome.

Payne may be nervous, however, given he had buttoned off while Ryal Harris (#58 VF Commodore) was still on a hot lap.

Harris caught the #10 Altima, among other entries, on the race line as he tried to round ‘Kolb’ (the long, Turn 6 right-hander) and had to take a very wide line as he threaded his way through traffic.

For now, the top four on the grid is Payne, Everingham, Maxwell, and Hill, from Declan Fraser (#777 VF Commodore) in the other Triple Eight entry and erstwhile series leader Zak Best (#78 Tickford Racing FGX Falcon) also on the third row.

Aaron Seton, like Matt Stone Racing team-mate Harris, was also affected by traffic when he went off-sequence in the middle of the session, having to swerve around what appeared to be the #38 entry of Crick on the back straight.

Seton put the #30 VF Commodore 12th on the grid, just ahead of the best of the Super3 runners, while Harris could find no improvement on 15th at the end.

In the Super3 segment of qualifying, Kai Allen set the only sub-56-second lap, getting the #26 Eggleston VE Commodore onto 13th outright on the grid.

It was high-stakes, however, given he had no banker from his first run due to a locked brake and effectively just the one decent lap on his second run, a 0:55.8699s.

Allen very nearly lost that time when an even bigger inside-front lock-up at Turn 7 put him into the sand in the second-last minute of proceedings, but managed to drive out and save a costly red flag.

The second and final race of Round 2 at the Bunnings Trade Perth SuperNight event starts this afternoon at 14:25 local time/16:25 AEST.