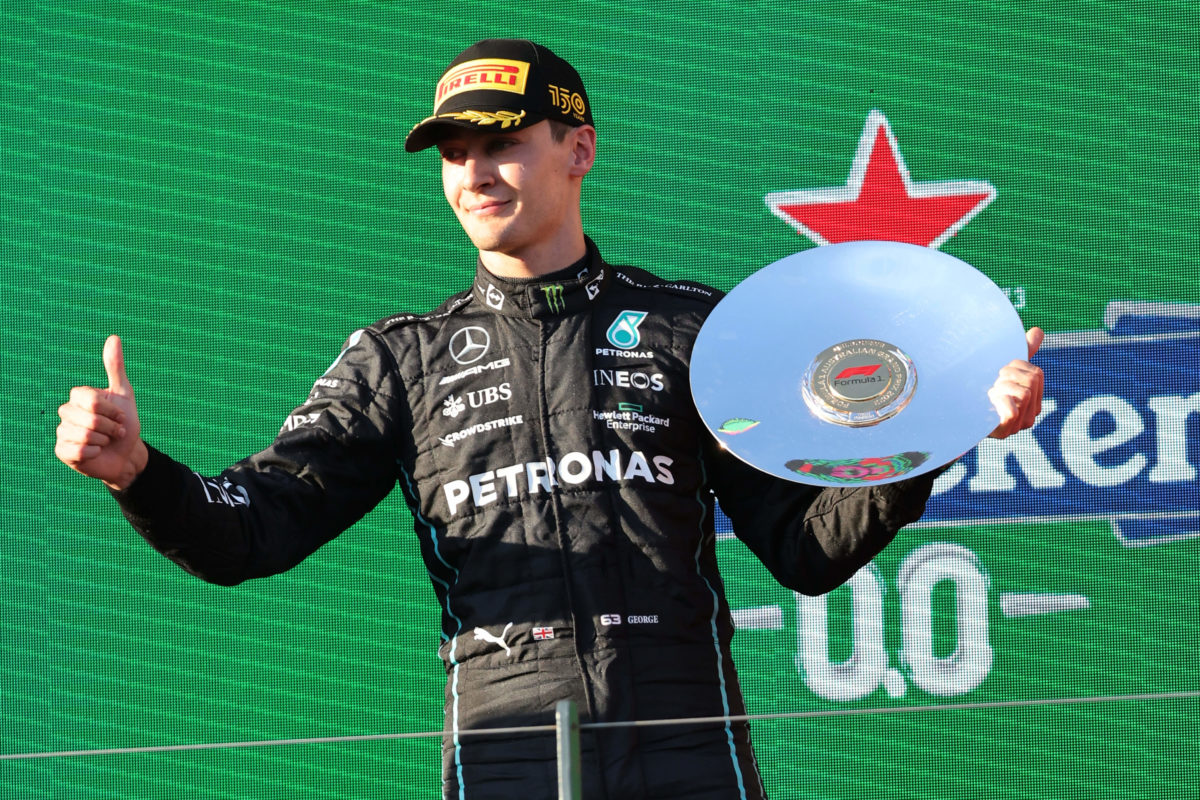 George Russell has impressed team boss Toto Wolff in the early part of the 2022 Formula 1 season.

The Brit joined Mercedes in place of Valtteri Bottas this season, claiming a maiden podium for the squad at the Australian Grand Prix.

For a time he sat an unlikely second to Charles Leclerc in the drivers’ championship and remains the higher placed of the Anglo-German squad’s drivers.

His performance at the Emilia Romagna Grand Prix was even sufficient to put seven-time world champion Lewis Hamilton under pressure.

While Russell finished fourth, Hamilton ended the encounter a lap down in 13th.

“I’m very impressed with how he settled in, how professional and analytically he helps to assess the situation,” Wolff said of Russell’s arrival in the team.

“And the combination, that’s the one of the very few highlights that I have at the moment on our journey here is how the two of them [Russell and Hamilton] work together, with no friction – on the contrary, very, very productive and positive for the team.

“I couldn’t be happier with the driver line-up.

“In that respect, I think we have the two best drivers, or two of the maybe three best drivers, and they deserve a car and a power unit that makes them fight in the front rather than being lapped.

“That’s not what any of them deserves.”

In Imola, a strong opening lap from Russell saw him move up five places, while Hamilton found himself mired in the midfield.

The latter then lost ground as the field swapped onto slick tyres, dropping him further down the order where he became trapped behind Pierre Gasly in a DRS train.

“If you’re being boxed in a train of cars, it’s just almost impossible to overtake,” Wolff said.

“I think Lewis had much more pace than Gasly or [Alex] Albon or all the other guys in front of him, but there’s only [one] DRS straight, and if you haven’t got the straight-line speed, you can’t pass.

“I think both drivers are doing the utmost and outperforming the car at the moment, and we’ve see that, reaping the rewards for George who did an outstanding race, perfect start, and then handled a car that wasn’t turned optimally, and Lewis was just stuck there in the back.”

A flap adjustment gun failure at Russell’s pitstop meant his car did not have downforce levels adjusted when he switched from intermediate to slick rubber.

It left him with an ill-handling car for the final two thirds of the race, making his drive to fourth all the more impressive.

Despite his best efforts, he has now slipped to fourth in the drivers’ championship with 49 points to his name, 21 more than team-mate Hamilton who currently sits seventh.

F1 next weekend heads to the United States for the inaugural Miami Grand Prix, opening practice for which begins at 04:30 AEST on Saturday morning.