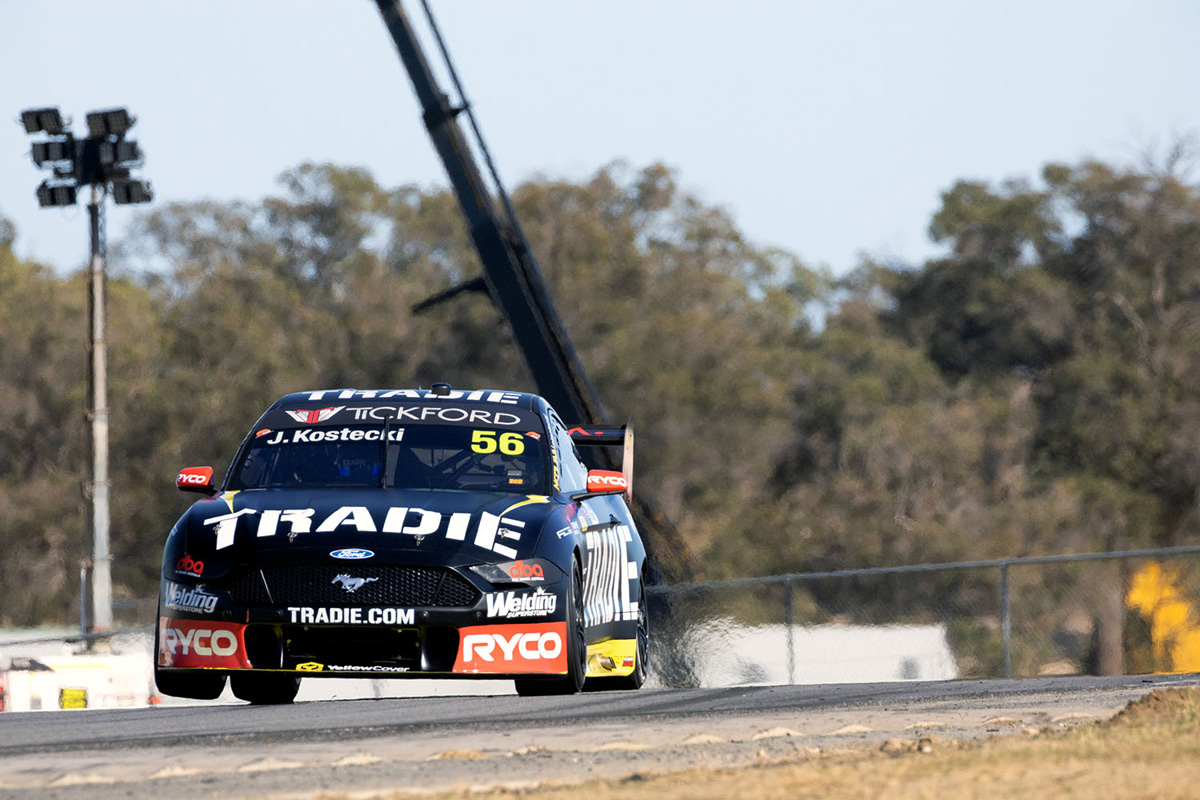 Jake Kostecki is determined to convert a career-best qualifying performance into his best race result in the Repco Supercars Championship.

The 22-year-old starred on home soil at Wanneroo Raceway to secure third on the grid for Race 11, backed up by ninth for the final leg of the Bunnings Trade Perth SuperNight.

A tough start to life at Tickford Racing has Kostecki just 24th in the championship, but he’s now got the chance to make a name for himself.

“You have got to dream big all the time,” Kostecki told Speedcafe.com.

“I’m starting third so if I can keep that position it would be great, but other than that, top five would still be pretty cool.”

“It’s a good feeling because last year I got some great results in a car that last year wasn’t as competitive,” he added, his 2021 campaign at Matt Stone Racing headlined by a fifth-place finish at Hidden Valley.

“Going into this car this year, throughout every round there’s actually been a lot of things where I’ve been really fast, even compared to my team-mates, but I just haven’t put everything together all of the time.

“So to do that now and actually get a result out of it, I’m pretty happy with that.

“I’m stoked for all of the Tradie Mustang boys, they have been working hard, and also Tradie as a brand as well coming aboard, I’m trying to get them a good result.”

The #56 driver will start Race 11 alongside cousin Brodie Kostecki on the second row of the grid, and behind only Will Davison and Cameron Waters.