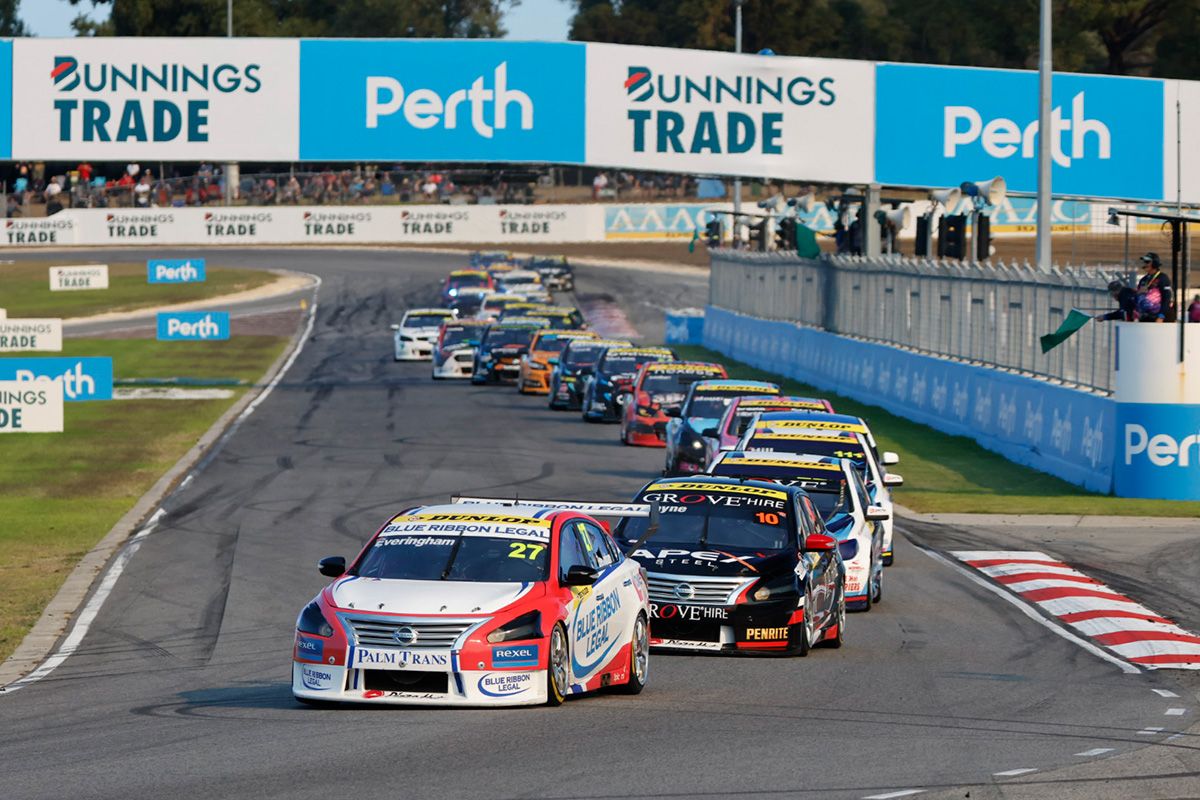 Tyler Everingham has claimed his maiden race win of the 2022 Dunlop Super2 Series holding off Matthew Payne in the final hitout at Wanneroo Raceway.

In a shortened affair, the #27 MW Motorsport Nissan Altima of Everingham crossed the line 0.3s ahead of Grove Racing title rival Payne.

It came down to the last lap as Payne looked to have the pace to challenge the race leader but ultimately ran out of time to complete a move.

Everingham vaulted ahead of pole-sitter Payne off the line but the action was short-lived with an early Safety Car due to a wild start-line incident. 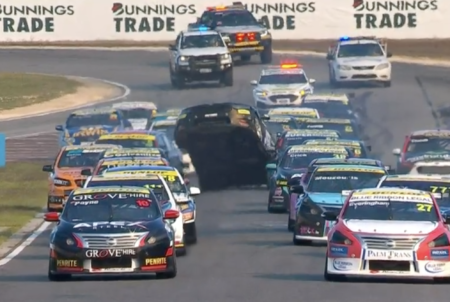 As Nash Morris got going, the row ahead of him was a little slow off the mark and Morris drove into a hole that was closing between the two cars.

Morris’ FGX Falcon rode up the side of Brad Vaughan’s FG Falcon and leapt into the air before crashing back down to earth and coming to a halt.

The race restarted on Lap 3, with Everingham opening up a comfortable advantage to Payne.

A Safety Car was called once again on Lap 7 when Steven Page ran off the road at Turn 1 and became beached in the gravel.

Once again Everingham was able to hold the lead and with the race going time certain Payne ran out of time to make a pass before the chequered flag.

Declan Fraser finished on the podium in third place ahead of Cameron Hill and Jaylyn Robotham rounding out the top five.

Starting from the back of the grid Thomas Maxwell recovered to 17th position after being disqualified from qualifying.

Kai Allen won the Super3 class in 13th outright at the wheel of his #26 VE Commodore.