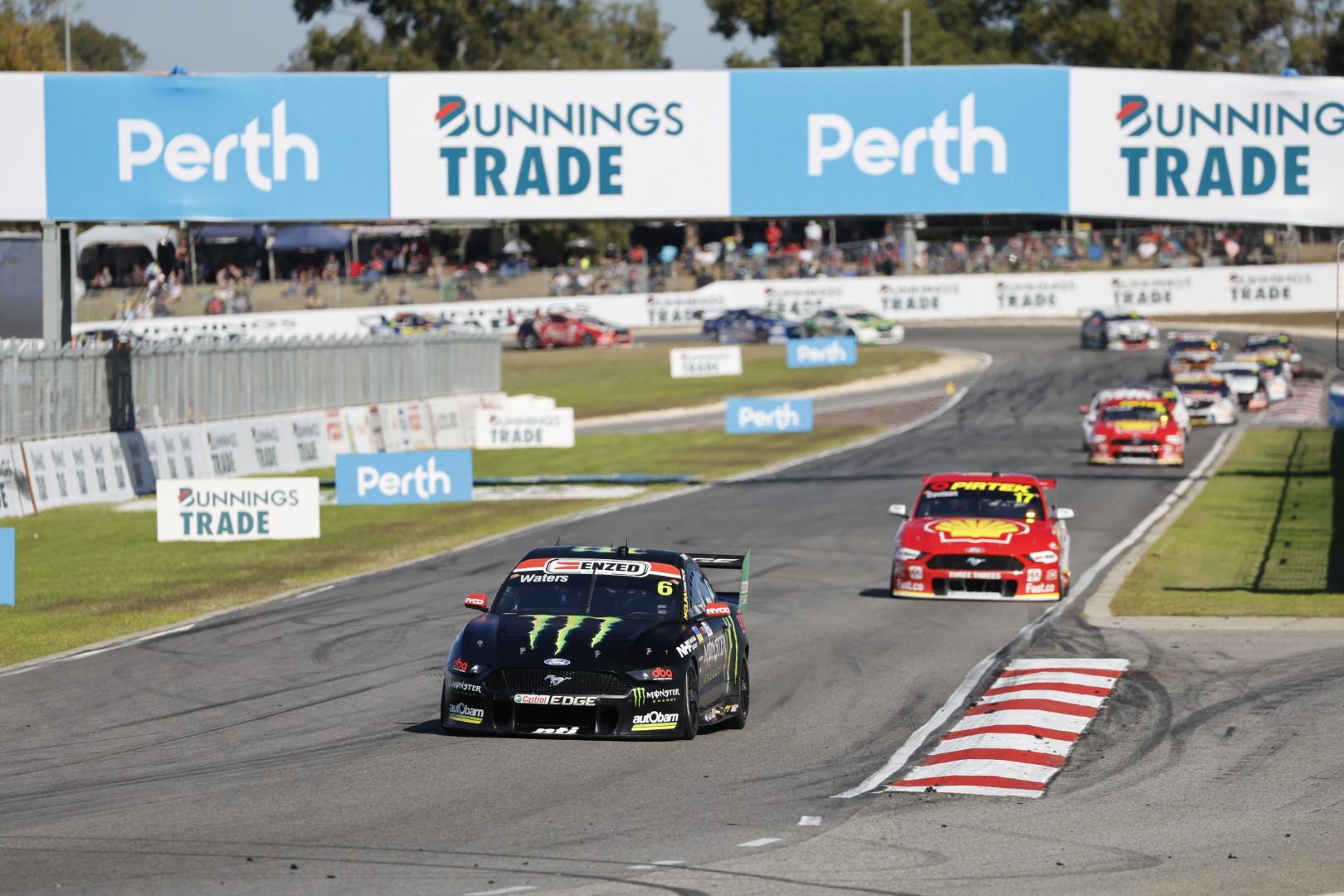 Will Davison lunged Waters into Turn 7 immediately after the pit stop cycle, the latter hanging onto the race lead after skirting around the kerb on exit.

With a late-race Safety Car bunching the field, the five-second time penalty became all the more severe, demoting a furious Waters to fourth.

“The pass was done. Davison got up the inside cleanly, made rotation,” Baird told Speedcafe.com.

“My interpretation of what Cam did, he then becomes the car that’s been passed, so the onus is on him to concede the corner.

“He made a very clear decision, very early in the piece of ‘I don’t have any other option but to get to the throttle, open the steering up and go around the back of the kerb’.

“If he had have come out next to Will, as they went into the corner, play on. And that’s how we have adjudicated the other ones: he who leads the corner.

“Cam could have conceded, come out next to him and he would have lost at the next corner anyway.

“He has taken it upon himself to go outside track limits by a country mile – and I’m not saying other people haven’t, they have – but did they pass a car for that?

“Davison had the corner, he didn’t shovel him off the road, Cam opened the steering wheel early and got to the throttle and went right around the outside of him.”

He further added: “Hindsight is a wonderful thing. I can sit in TV land as well and be a commentator and go through 46 laps of that corner and get someone to cut everyone that did it.

“It is what it is. I’m sure if Cam gets passed on the outside there, he’s not going to be happy.

“I went through it piece by piece with the team; they left here, they understood how I adjudicated it.”