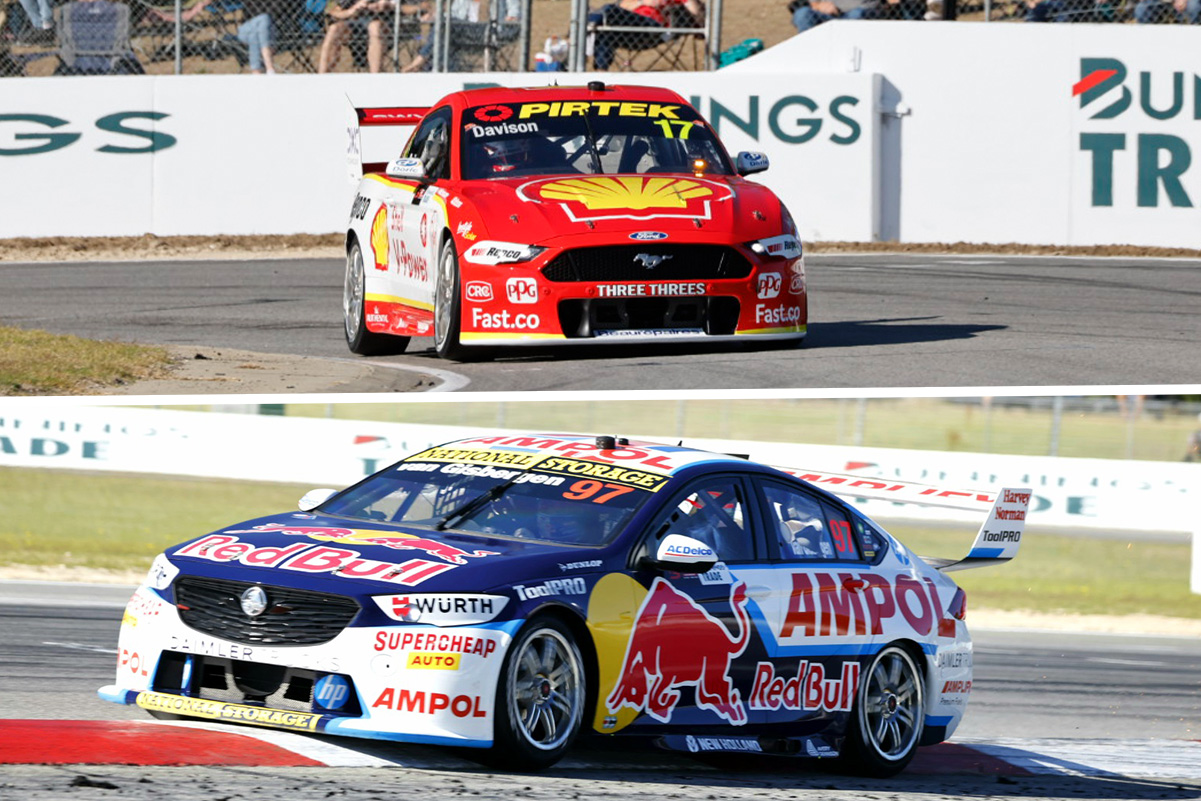 Will Davison and Shane van Gisbergen have split the Sunday pole positions after an action-packed morning of Supercars qualifying at the Bunnings Trade Perth SuperNight.

The Shell V-Power Racing Team’s Davison is set to share the front row with Tickford Racing’s Cameron Waters when Race 11 gets underway at Wanneroo Raceway, while van Gisbergen will only be 11th on the grid after being baulked by Mark Winterbottom.

The Repco Supercars Championship leader was able to put the #97 Red Bull Ampol Racing entry on pole for Race 12 of the season, while once again Car #17 will also be staring at fresh air when that contest gets underway given Davison was second-quickest in the latter session of the morning.

Qualifying for Race 11 was a generally messy affair, including but not limited to an out lap clash between current and former Walkinshaw Andretti United drivers Nick Percat and Bryce Fullwood.

It left Percat with steering damage, but whether he could have done much better than 25th-fastest in a 25-car field is questionable considering team-mate Mostert was 21st in that session, then they were bottom two in Qualifying for Race 12.

Anton De Pasquale (#11 Shell V-Power Mustang) was fastest after the initial flyers in Qualifying for Race 11 on a 0:54.0164s, while the Triple Eight Race Engineering duo headed out slightly later than most at a sunny Wanneroo.

Ahead of the final runs, the top five was Davison, Will Brown (#9 Boost Mobile ZB Commodore), van Gisbergen, De Pasquale, and Feeney, and the former of those would not lose his grip on top spot.

Both Feeney and van Gisbergen copped traffic on their final-run flyers, and Winterbottom (#18 Irwin Tools ZB Commodore) was the culprit in each instance, which was virtually the same incident anyway.

Feeney touched the dirt on drivers’ left in order to avoid nailing a slow-moving #18, which is part of the technical alliance that Team 18 has with Triple Eight, as he blazed down the hill.

Then, van Gisbergen was baulked as he arrived at the final corner behind Winterbottom.

Van Gisbergen ended up 11th and Feeney 12th thanks to their opening-run times, while Winterbottom qualified 22nd but will start last due to the three-position grid penalty he was quickly issued.

That sanction elevates Percat (#2 Mobil 1 NTI ZB Commodore) to 24th on the grid, after he incurred steering damage in contact with Brad Jones Racing’s Fullwood (#14 Middy’s ZB Commodore) on their out laps at the start of the session.

Heimgartner was fastest of the 15 who set a lap in the initial bunch which went out in Qualifying for Race 12, courtesy of a 0:53.7518s, while Mostert and Percat were 13th and 14th respectively despite reportedly going out on green tyres.

Said bunch of 15 did not include the Triple Eight or Dick Johnson Racing cars, and Feeney shot to the top with a 0:53.6498s once he had set a lap.

Almost as soon as had he checked in at the Control line, his two-time championship-winning team-mate came through with a 0:53.4632s, then Reynolds split them with a 0:53.6280s.

As it happened, the 12-minute session, slightly longer than usual due to the shortness of Wanneroo, essentially unfolded in three parts.

The Triple Eight drivers were done but van Gisbergen had set the challenge for De Pasquale and Davison, and this time it was too great for both of them.

De Pasquale clocked a 0:53.5689s on his only flyer and while Davison set the fastest second and third sectors, his first was somewhat costly considering he could only move into second all-told on a 0:53.5177s.

As such, the front row is van Gisbergen from Davison, the second row is De Pasquale from Reynolds, and the third row will be Feeney from Waters, the latter of whom set a 0:53.6577s.

The rest of the top 10 was Brown, Courtney, Jake Kostecki, and Heimgartner, while the two WAU cars are set to start last and second-last.