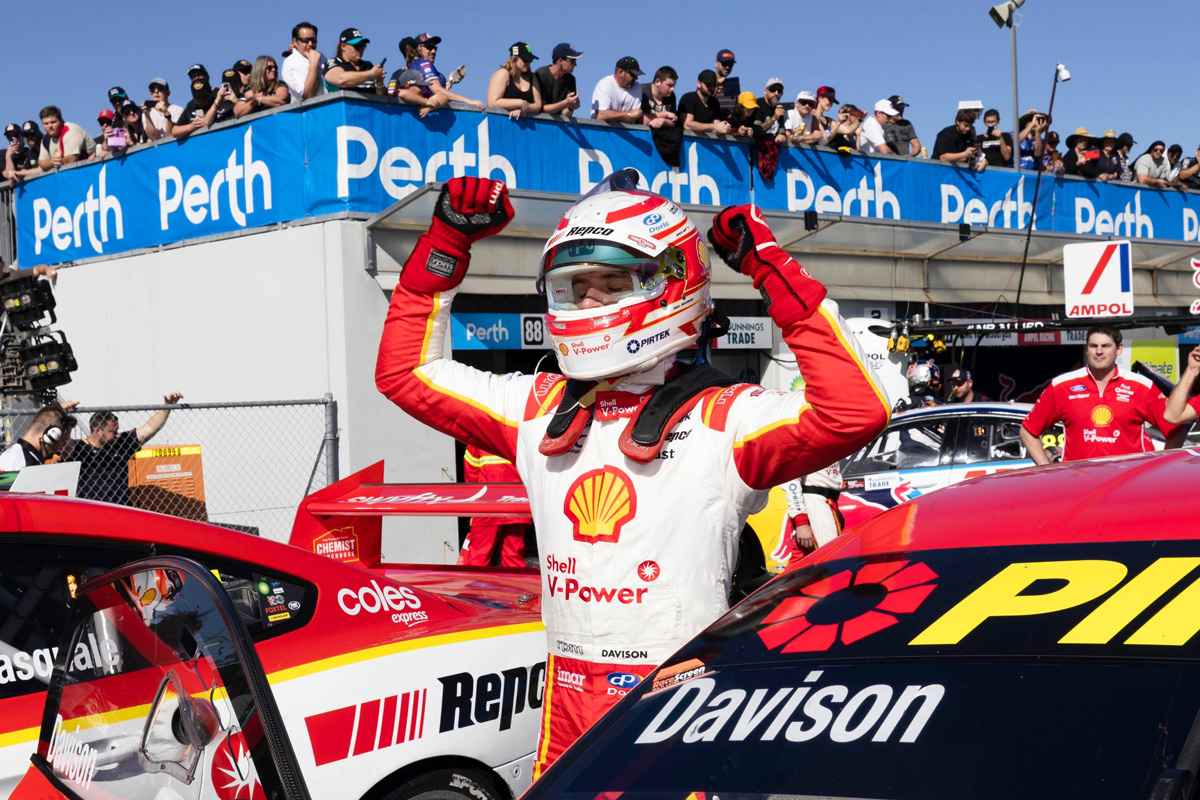 Will Davison is happy to no longer have to answer questions about when his next Supercars race win will come after breaking through in Race 11 at the Bunnings Trade Perth SuperNight.

The Shell V-Power Racing Team driver crossed the line second but was awarded the victory due to a penalty hanging over leader Cameron Waters.

As the #17 Ford Mustang emerged from the lane closer to Waters than he was prior to the pit stop sequence, Davison seized the opportunity to put a move on.

A late dive-bomb at the final corner saw the pair run side-by-side for a moment as Waters toured wide around the exit kerb and came back on the circuit in front of the Dick Johnson Racing car.

It was deemed an unsafe re-entry by race control, for which Waters received a five-second time penalty meaning at the chequered flag, it was Davison that was promoted to race winner.

The 39-year old’s success ends a winless streak that spans five-and-a-half years back to 2016.

“Relief is exactly the word,” he sighed post-race.

“You know you want to earn the wins, so it kind of feels weird not crossing the line first.

“I also feel like I did a really good move on Cam and it is a grey area, that kerb, and you can’t really take advantage of it like he did. We all know that.

“Anyway, I tried to give him room and then it was a clean bit of racing but I thought the move was definitely on.

“This is just a weight off my shoulders now, I can just stop talking about it, we can just get on with the business.

“Mixed emotions because I lost the start and I had to regroup and then really drive to our strengths in tyre life; our guys did a great stop and we knew we were strong at the end yesterday so I really used that moment after the stop to lay a move on.

“Once I lost the chance it’s very hard to follow. It’s really special to have this car in victory lane again.”

The win for Davison endorses his upturn in form this year, while team-mate Anton De Pasquale claimed second position.