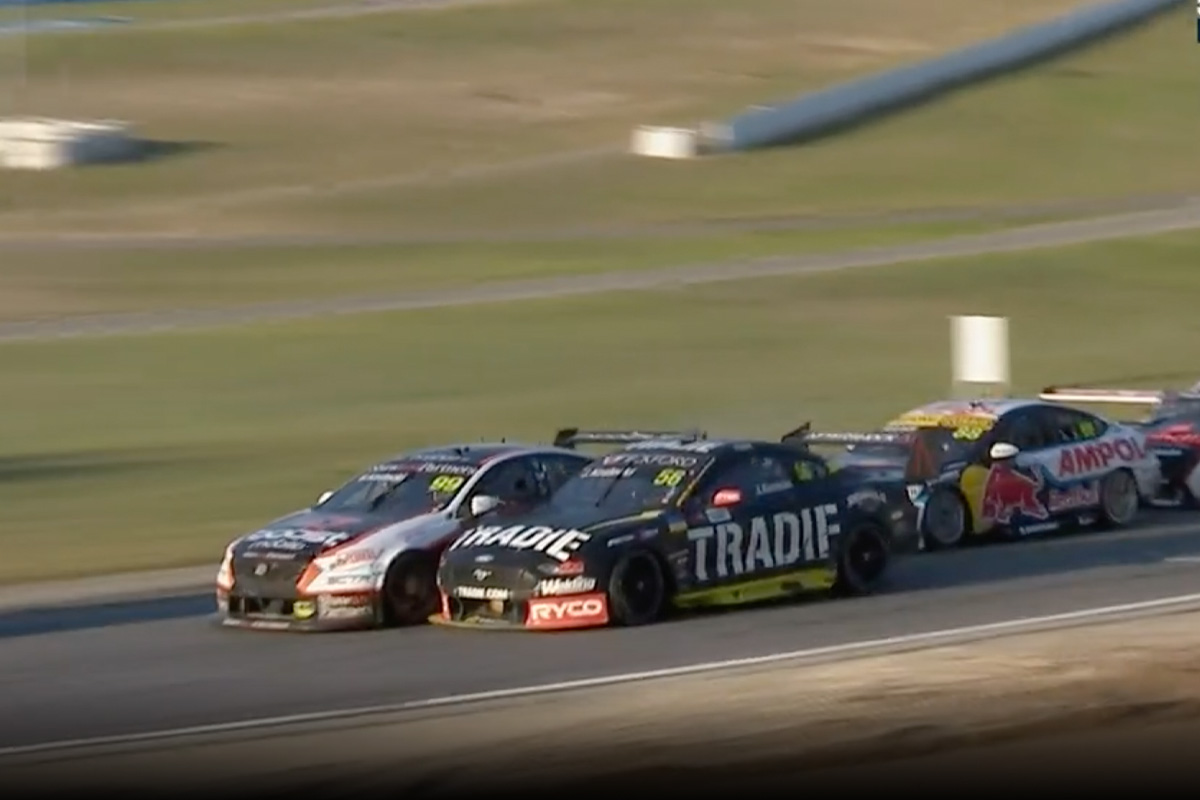 The impact between Brodie and Jake Kostecki. Source: Fox Sports

The Kostecki cousins have shared their views on a late-race clash that saw both Brodie and Jake miss out on a top 10 finish in Race 12 at the Bunnings Trade Perth SuperNight.

At the end of the penultimate lap, Brodie Kostecki dive-bombed Broc Feeney into Turn 7, creating a three-wide situation with Jake on the outside.

It didn’t end nicely, as Brodie tagged Feeney who was sandwiched in the middle before clattering into the #56 Tickford Racing entry of Jake. 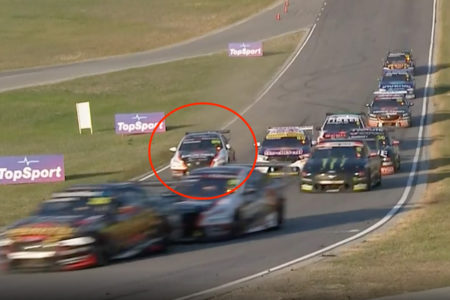 Brodie dives down the inside. Source: Fox Sports

Both Kosteckis skated into the gravel, with Jake coming off second-best, his Tradie Mustang beached, while Brodie rejoined the circuit to take the chequered flag in 21st.

Having seen the replays, Brodie took the blame for the intra-family incident.

“Those two [Feeney and Jake Kostecki] were banging doors coming out of the bowl and I was coming up to them with speed and just went up the inside,” said Brodie.

“Just got a bit too close to Broc and just made a silly mistake on my behalf.

“It ruined Jake’s race which you don’t want to ruin anyone’s race or take anyone out and it’s family as well.

“Just locked the front when I went to move over a little bit and just doored them both off the track.

“Completely my fault yeah and also ruined a half-decent result for the crew as well.

“Have to go find them afterwards and apologise, so yep, sorry to them both, it was my fault.”

Having showed strong form much of the weekend, with a ninth in Race 11 earlier on, Jake was frustrated to end in the sand.

“Yeah pretty pissed off,” he said.

“We were racing in the top 10 there which we’ve had a few struggles the last few rounds but finally getting some pace in the car.

“Brodie obviously missed his brake marker or something, don’t know what he did, but took me out and that’s the end of it.”