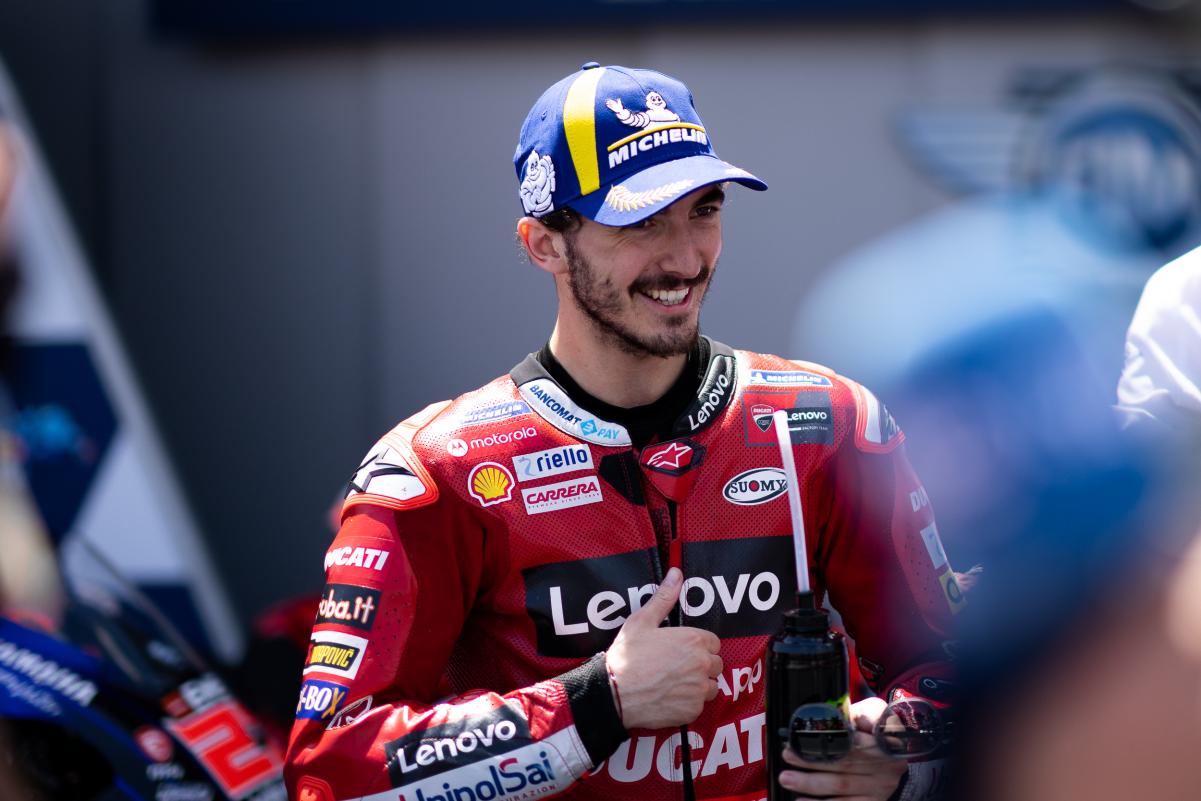 Francesco Bagnaia has broken the All Time Lap Record at Jerez on his way to pole position for the Spanish MotoGP, while factory Ducati team-mate Jack Miller qualified fourth.

As the latter three free practice sessions in particular had suggested, the battle for pole in Round 6 essentially came down to a duel between Bagnaia and Fabio Quartararo.

Kicking off his second run, Bagnaia stormed to a 1:36.170s while Quartararo could only fashion a 1:36.623s on his Monster Energy Yamaha.

With no subsequent improvement, the Frenchman thus missed out on pole at Jerez for the first time in his MotoGP career, having got his very first in MotoGP at the Spanish venue in 2019, both in the heavily COVID-affected 2020 season, and another again last year.

Miller provisionally had both Ducati Lenovo Team entries on the front row having set a 1:37.049s on his second run, but Espargaro reclaimed third position with a 1:36.933s on his final lap.

Marc Marquez (Repsol Honda) qualified fifth and Johann Zarco (Pramac Ducati) sixth, the latter of whom left it very late to get out of Qualifying 1.

Row 3 is Takaaki Nakagami (Idemitsu LCR Honda) took seventh, from the other Q1 graduate in Marco Bezzecchi (Mooney VR46 Ducati), and then Joan Mir (Suzuki Ecstar), who crashed in the closing stages at Turn 1.

Jorge Martin (Pramac Ducati) had a spill on his way to 10th and will share Row 4 with Enea Bastianini (Gresini Ducati) and Maverick Viñales (Aprilia Racing).

Tech3 KTM’s Remy Gardner ended up 18th after he ended up on the floor at the first corner during Q1.