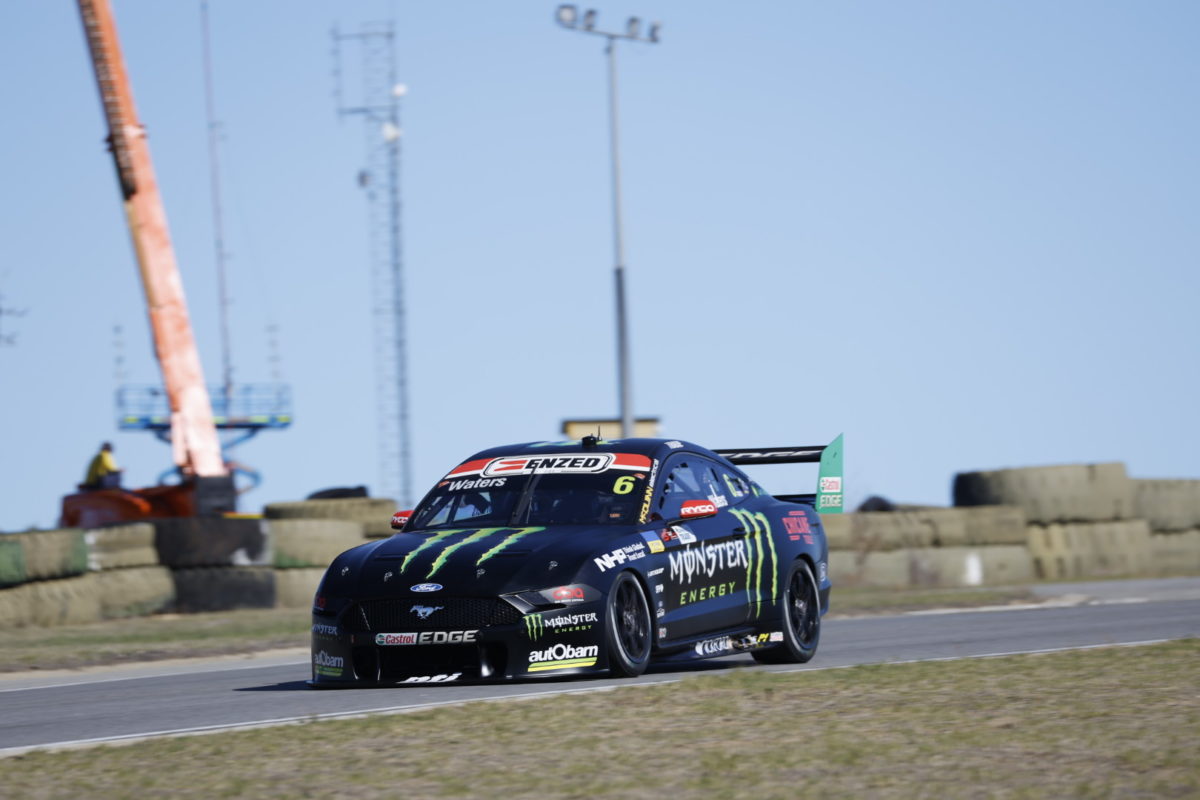 Waters wheeled his #6 Monster Energy Mustang to a fastest lap of 0:53.9891s in the final minutes of the half-hour session at a sunny Wanneroo Raceway, 0.1724s clear of the Shell V-Power Racing Team’s Anton De Pasquale.

Red Bull Ampol Racing’s Shane van Gisbergen, who leads the Repco Supercars Championship, ended up only 13th after being among the quickest in the early stages.

Despite signs of a possible driveline issue in the #11 Mustang, De Pasquale went third with a 0:54.7448s on his second run, although he was quickly usurped by Will Brown’s (#9 Boost Mobile ZB Commodore) 0:54.6771s.

Still, the top two was unchanged until the final four minutes before the chequered flag, when Tim Slade (#3 CoolDrive Mustang) jumped up from eighth with a 0:54.3739s.

The Shell V-Power Racing Team’s Will Davison logged the most laps of anyone, 22, as teams look to get a read on how much the soft tyre compound which is in play this weekend will degrade on the rough Wanneroo surface.

Between them on the timesheet, van Gisbergen had no advance on his first run in the #97 ZB Commodore, while team-mate Broc Feeney brought up the very rear of the 25-car field with a 0:55.2950s in the #88 entry.

Tickford’s James Courtney had an eventful session, going off into the infield in wild fashion after his #5 Snowy River Caravans Mustang got unsettled on a kerb as he climbed the Turn 2/Turn 3 complex.

He would later have contact with Todd Hazelwood (#35 Truck Assists ZB Commodore) at Turn 7, the final corner, and finished up 14th-fastest all told.

Andre Heimgartner had an earlier run through the sand at Turn 7 in the #8 R&J Batteries ZB Commodore, but was able to drive out and thus save a red flag.

He set a lap time which left him 16th.