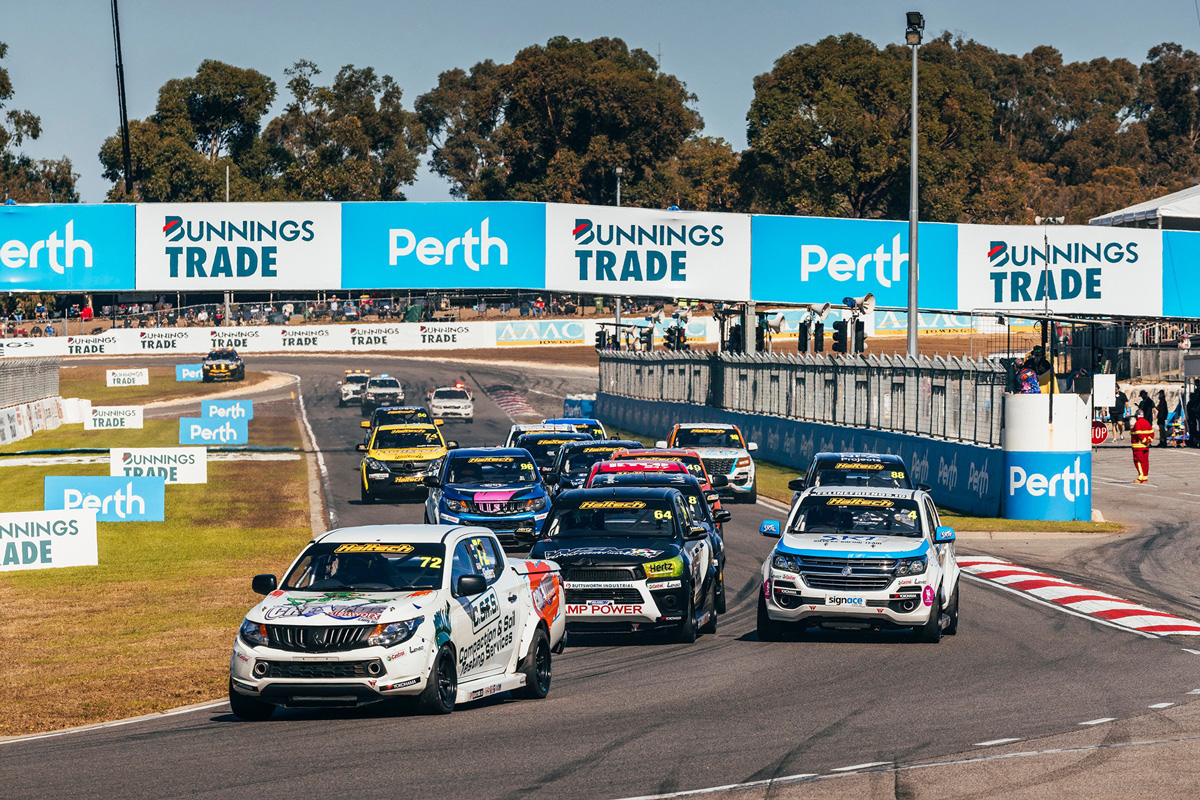 David Sieders takes the lead off the startline

Craig Woods got the job done in qualifying yesterday but was beaten to the first corner by Sieders when the lights went out.

Behind, George Gutierrez failed to get a good start off the line as Sieders’ stablemate Aaron Borg attempted to move into second around the outside of Woods, but just failed. Gutierrez dropped to ninth.

Sieders started to build a gap back to series leader Woods, while Borg remained in touch behind from the Toyota Hilux of Ben Walsh.

After missing his set-up window yesterday, Craig Dontas was unable to move further up the field in the Ryco 247 Toyota Hilux.

Gutierrez was working his way back through the field, climbing back to seventh and putting pressure on Gray on lap 10, leading to contact between the two damaging the Go Sunny Solar Colorado.

Ahead, Borg successfully demoted Woods to third at the final corner, but was unable to bridge the gap to Sieders.

Continuing his progression through the field was Gutierrez as he took Dontas to climb into the top five, but the Hilux driver took back the position a lap later and defended ably until Turn 5.

In the end, Sieders won by 1.3s from Borg, Woods, Walsh and Gutierrez.