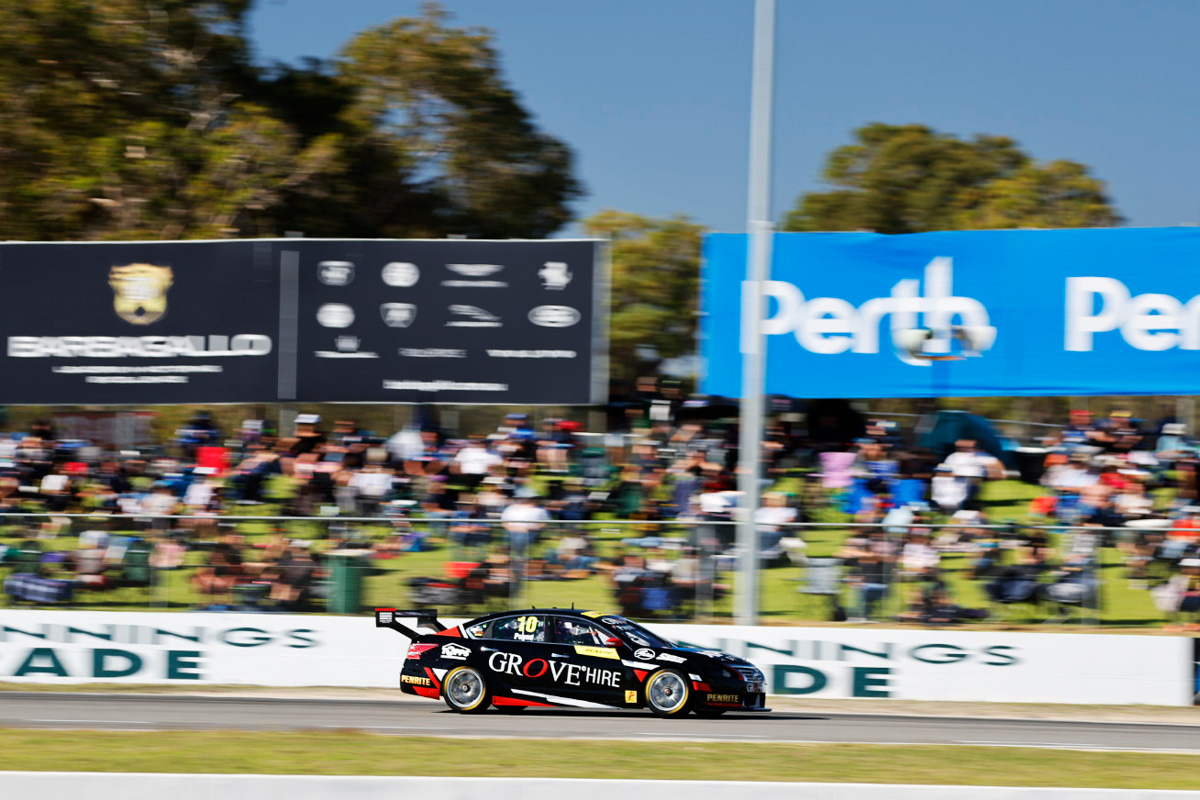 Matt Payne has nabbed pole position for the opening race of Round 2 of the Dunlop Super2 Series with a red flag preventing any late improvements at Wanneroo Raceway.

Payne’s pole-setting time of a 55.5287s came from the first runs on old tyres in the #10 Nissan Altima, before most of the field bolted on fresh tyres.

However, Elly Morrow (#8 VF Commodore) became stuck in the gravel at Turn 6 and with one minute left on the clock race control declared the session, meaning no one could challenge Payne.

“It was pretty good out there, I think the track rubbered up a little bit from yesterday with the soft tyres from the Supercars going around,” Payne said.

“I hadn’t put new tyres on yesterday so I didn’t know what to expect but obviously came out with it and it was really good.”

Jaylyn Robotham (#999 VF Commodore) moved up to second in the closing stages to clinch a spot on the front row of the grid, with the #111 Triple Eight Race Engineering machine of Cameron Hill in third, having set a purple first sector moments before the session was stopped.

Points leader Zak Best (#78 FGX Falcon) could manage no better than 10th, while Ryal Harris (#58 VF Commodore) and Nash Morris (#67 FGX Falcon) were not able to get a clean lap in as a result of the red flag and are due to start Race 1 from 16th and 17th respectively.

Blake Fardell improved late in the session to put his #77 VE Commodore to second in Super3 and 18th overall.

Brad Vaughan (#5 Anderson Motorsport FG Falcon) qualified third in Super3 but will start from pit lane as penalty for a testing breach.

*Note: Car #5 will start Race 1 from pit lane due to a penalty