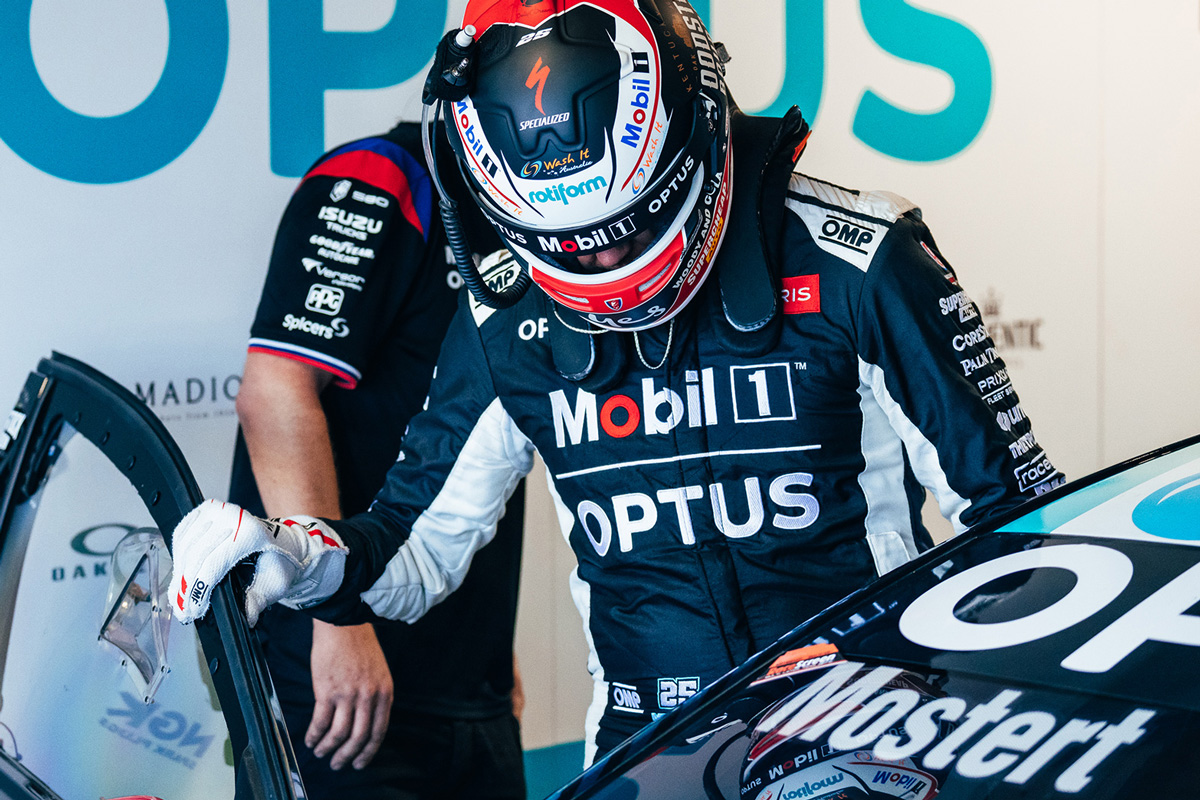 WAU was the shock underachiever in qualifying for the first of three races at the Bunnings Trade Perth SuperNight, Mostert just 23rd and team-mate Nick Percat last of all in the 25-car field.

The Clayton outfit had looked to be struggling for pace throughout practice and now have really got their work cut out for the 46-lapper tonight that represents Race 10 of the season.

Mostert noted the condensed schedule for this weekend had not made the team’s life any easier in finding a fix.

“It’s a little bit of a weakness here this weekend,” said the driver of the #25 Mobil 1 Optus Racing Holden.

“Kind of what we’ve had for a little bit of a trend but for whatever reason the track this weekend is really highlighting quite a big issue for us.

“The whole crew here at WAU is trying really hard to try and turn it around.

“Two-day meetings make it pretty hard. If we had a three-day meeting, Friday we’d realise the problem that we have at the moment and we would have swung a bit harder today.

“I know I’ve got the team behind me, we’re trying to make this car fast. Not an ideal day for us, but we’ll put our head back into the trailer, see what we can come up with for the race tonight.”

Mostert emphasised the need to stay positive in spite of the struggle: “Being upset about it is not going to bring us down.

Percat meanwhile was left near speechless upon returning to the garage.

“I’m not really sure what to say. It doesn’t feel like I should be last. The lap time just comes on the dash and you go, ‘alright, that’s us’.

“We’ve got a lot of work to do. We’ve got a great group of engineers here. We’re all pushing to get it done. It’s just hard. We’ll dig deep, this team always does.”

Race 10 starts at 18:40 AWST/20:40 AEST tonight, with Anton De Pasquale on pole and Cameron Waters alongside him.