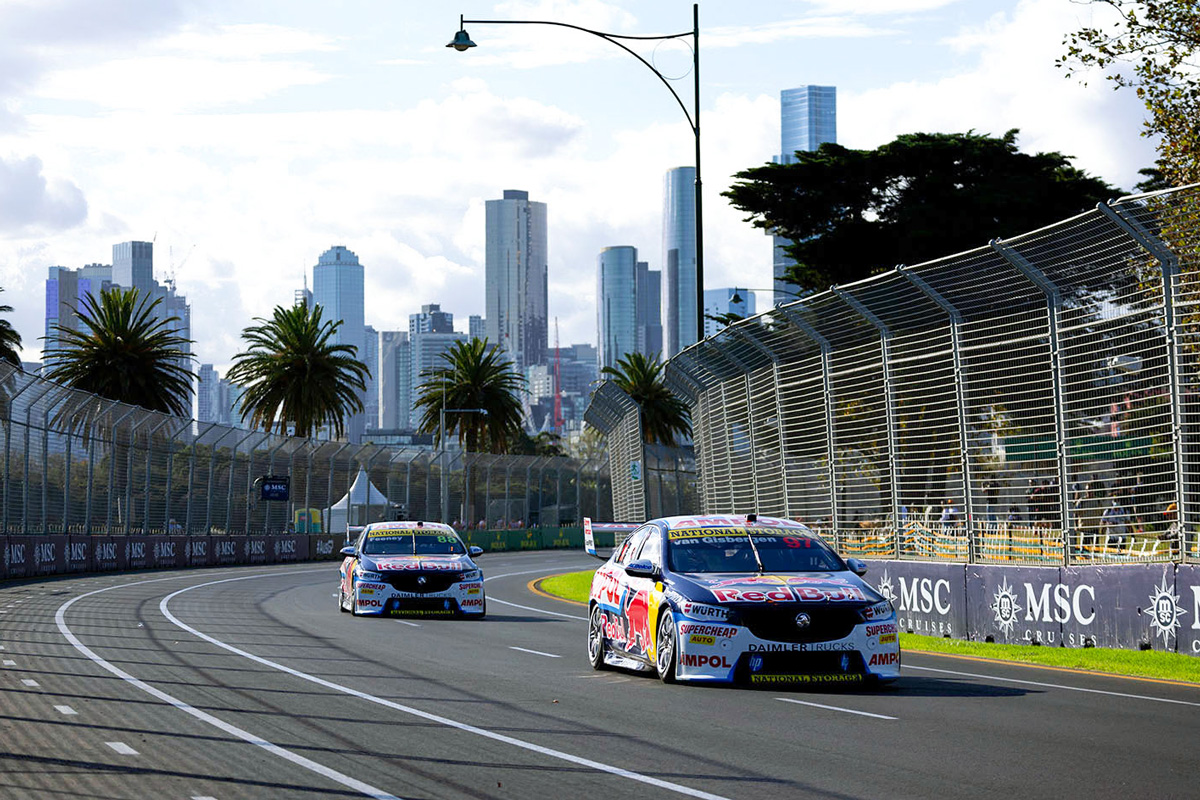 Shane van Gisbergen is followed by Broc Feeney during Round 3 of the season at Albert Park. Picture: Ross Gibb

Shane van Gisbergen has been the class of the field in race trim, winning six of the nine encounters thus far in 2022.

But there’s no question that the Red Bull Ampol Racing ZB Commodores have been slightly lacking in one-lap pace, making life a little tougher for the #97 driver.

To put that into perspective, the Shell V-Power Racing Team has already qualified on the front-row on 10 occasions.

Even if the ascendancy has flipped once the starting lights go out, Triple Eight team principal Jamie Whincup is not satisfied with the status quo.

“We try to be at the top of the timesheets for every session, so of course we’re not happy if we don’t qualify in front of everybody else,” he told Speedcafe.com.

“Our qualifying pace has been a big focus, to try to improve that, but like always, you can’t just put your focus on your weaknesses, you have got to make sure you keep your strengths as well, so we’re battling both sides of those.”

Having gone from van Gisbergen’s team-mate for the past five years to now observing races from the garage, Whincup has been far from surprised by what the two-time champion has produced.

“I appreciated his skill last year. It was annoying for me that he’d come from 20th at Sandown and beat me to the flag, that pissed me off like it did to every other driver,” Whincup laughed.

“So there’s no more appreciation [than before]; I know his skill level.

“If we can keep him at the peak of his powers for as long as possible, that’s a good thing for Triple Eight.”

The Repco Supercars Championship has two practice sessions today at Wanneroo Raceway, the first of which starts at 10:20 AWST/12:20 AEST, before getting stuck into qualifying from 14:40 AWST/16:40 AEST.