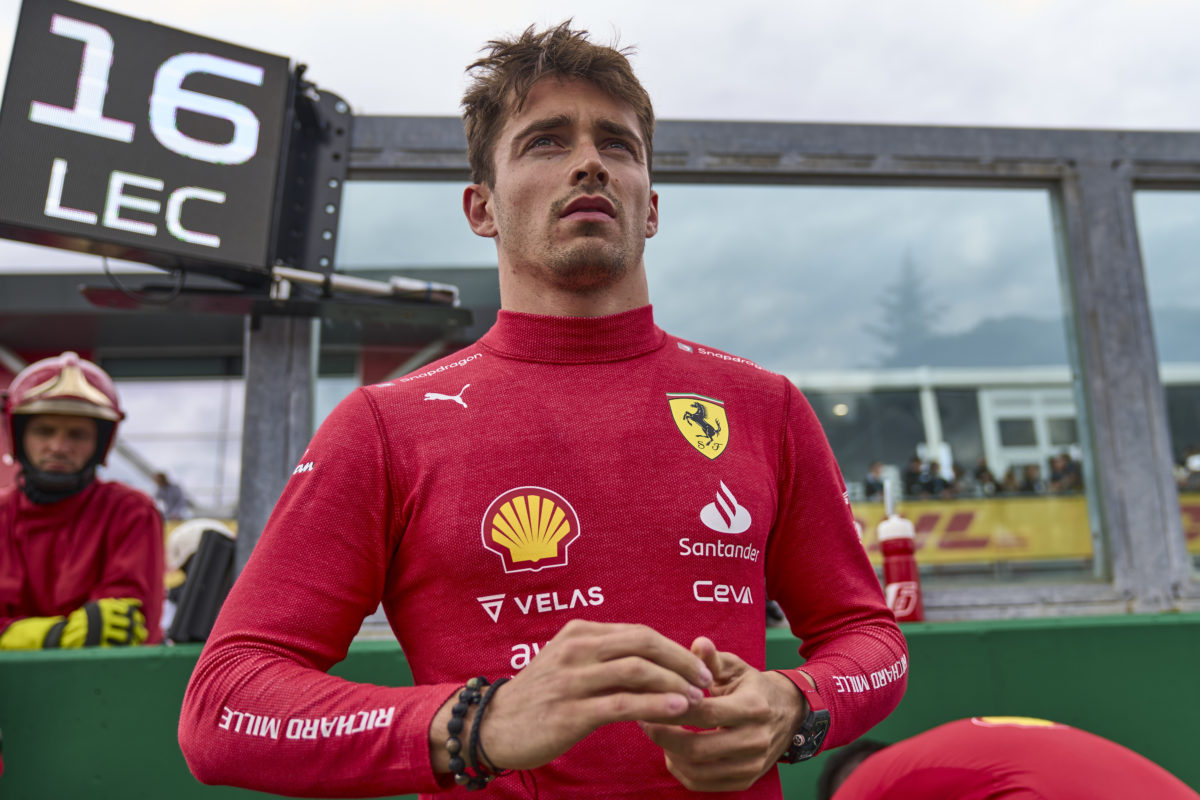 The pressure of driving for Ferrari in a car capable of winning grands prix and potentially the world championship played no factor in Charles Leclerc’s spin last weekend.

It was the first time all season that he’s not finished on the podium and came at one of Ferrari’s ‘home’ events, at a venue named after his team’s founder and son.

“Obviously we’ve had pressure not only [in the race] but for the whole weekend,” Leclerc said when asked if he cracked under the expectations of the partisan crowd.

“I don’t think I’ve done many mistakes before… it was the mistake that cost me a lot and I’ll learn from it, but on my side, there was no particular added pressure whatsoever.”

Having dropped to ninth after stopping for a new front wing, Leclerc recovered to sixth.

It saw him leave Imola with a total of 15 points versus race winner Max Verstappen’s 34 and leaves him with a 27-point lead over the Dutchman at the top of the drivers’ standings.

With driving mistakes typically few and far between for the Monegasque driver, he now backs himself to put the Imola disappointment behind him.

“It’s one of those mistakes where it’s a bit more the mental approach that you’ve had at that particular moment of the race,” he explained.

“But I’ve always been strong of knowing exactly in which particular feeling I felt at that moment of the race and know how to correct it.

“It’s again a mistake, but I’ll learn from it and won’t do it again.

“And with the mistake actually [I] have been a bit lucky because I’ve only lost seven points to what I could have scored.

“It’s seven points that could be valuable at the end of the season, and every point counts when you’re driving for the titles, so won’t happen again.”

Stuck behind Perez in third, it was an attempt by the team to reset the race as it entered its final phase with the hope of forcing a mistake and creating an opportunity to steal the position away.

“I saw the opportunity that before I didn’t think it was there,” Leclerc said.

“It was very clear to me that I think [in the race] was third place and that was what was possible, but I saw the opportunity and I still tried it.”

That saw the 24-year-old push too hard at Variante Alta, climbing the kerb on entry which launched his car, ultimately pitching him into light contact with the barrier.

“I’ve put away seven points now against the 15 that we had if we were finishing third,” he observed.

“Every point is important, I will learn from this for the future.

Formula 1’s next step is the Miami International Autodrome for the Miami Grand Prix on May 6-8.